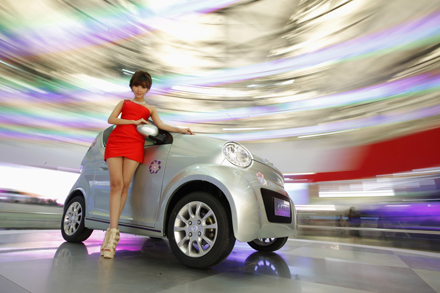 Chinese bureaucrats’ love affair with the Audi may soon come to an end. Beijing’s new list of foreign car brands for government procurement contains not one foreign supplier. That may be a response to huge overproduction by local firms, and foreign rivals may read it as foul play. But the real lesson is that when growth slows, domestic concerns seem more important than keeping trade partners, or Audi-driving officials, happy.

Car sales have been dragged lower as the economy has cooled. Difficulties in getting licence plates in big cities like Beijing have played a part too. January’s volume of cars sold was 24 percent lower than a year earlier, the biggest monthly drop in more than three years. Yet production continues. China had 6 million units’ worth of unutilised capacity in 2011, equivalent to 40 percent of last year’s domestic sales.

The new policy will help a bit, especially by boosting smaller players like BYD and Geely. BYD sold 14 percent fewer vehicles in 2011 than a year earlier; Dongfeng’s own brand car sales fell by 6 percent, even as the number of imported Audis almost doubled. Not all Chinese suppliers will be thrilled, since foreign joint ventures such as Shanghai Automotive’s tie-up with General Motors, are not on the list either.

But the change may say more about political sensitivity than protectionism. The auto industry is a big employer. China is Audi’s biggest market thanks to bureaucrats’ fondness for the German car, but the siren-toting black sedans have become a symbol for unbridled power and privilege. Finally, there’s public spending: as much as half of government expenses go on automobiles, according to the National Audit Office.

The policy looks like an unwelcome return to the controversial “Buy China” policy introduced for government procurement in 2009, and it follows a string of incidents that have rattled foreign companies, including Apple’s iPad trademark fight, and export restrictions on rare earth. But it shouldn’t be a surprise. When faced with a choice between foreign and domestic concerns, China usually opts for the latter.

A model poses with the Dongfeng EJ02 during the opening day of the Shanghai Auto Show.

China’s Ministry of Industry and Information Technology released its annual draft policy regarding government auto procurement on Feb. 24. The list includes 25 national auto makers and 412 models. For the first time in recent years, there were no foreign brands on the list.
Regulators recently capped the price of vehicles used for official purpose at 180,000 yuan ($28,600) and the size of engine at 1.8 litres. It also mandated manufacturers supplying vehicles to the government must have spent no less than 3 percent of their core revenue on research and development in the past two years.