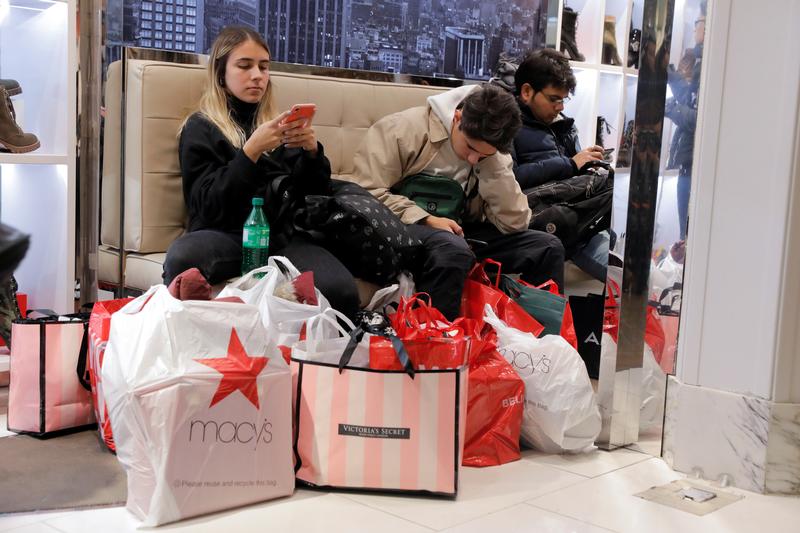 BNPL acts like a credit card, but with even easier access. All an 18-year-old needs is a few details – as simple as a phone number and their name – to start deliveries without paying for the item upfront. Enthusiasts claim bespoke technology allows BNPL groups to do a “soft credit check” on consumers that then get a month to decide whether to actually buy the item, or return it. No fees or interest is charged before that. Klarna, a $5.5 billion Swedish startup bank backed by rapper Snoop Dogg, has 1 million active BNPL users in the UK, according to Citi. In the United States, it was the top trending shopping app on the Google Play store in October and the most downloaded app compared to direct competitors, exceeding rivals by more than 100,000 monthly downloads in September, Morgan Stanley data shows.

Everything free has a cost, though. Retailers like ASOS, which pays a fee to the BNPL providers who finance the free purchases, are popular among young shoppers. Easy credit provides scope to afford a dress just for a night out, before returning it. Marketing campaigns like Klarna’s “Shop like a Queen” indirectly encourage shoppers to buy more. The risk is younger users keep too many things and hurt their credit score if they miss a payment to Klarna, which provides finance in return for receiving interest. The danger for BNPL providers is increasing competition, and their technology being less smart than anticipated.

The sector is already facing a regulatory backlash in Australia, where the government is debating whether BNPL should be treated more like a bank loan for regulatory purposes. Share prices of Afterpay, which offers the service Down Under, fell 20% in October after UBS analysts cited regulatory risk as a concern. And, even though BNPL can on average increase each online order value by 30%, not all retailers are fans. UK clothing chain Next suggested in October that the form of purchase was dangerous.

As they expand in the United States, Klarna and peers could face a Juul-style backlash. The e-cigarette group started as a safer alternative to smoking, but now lawmakers are treating its popularity among teenagers as a menace. That could be what they wind up thinking about buy now, pay later.

(This is a Breakingviews prediction for 2020. To see more of our predictions, click here.)

Swedish payment firm Klarna, which provides services like “buy now, pay later” for shoppers, was valued at $5.5 billion in April’s funding round, the company said on Aug. 6.

Klarna reported operating income of 161 million Swedish crowns ($17 million) in 2018. Revenue grew by a third in the first quarter, but after years of profitability Klarna lost 96 million crowns in the period as management prioritised growth.

Swedish payment firm Klarna, which provides services like “buy now, pay later” for shoppers, was valued at $5.5 billion in April’s funding round, the company said on Aug. 6.

Klarna reported operating income of 161 million Swedish crowns ($17 million) in 2018. Revenue grew by a third in the first quarter, but after years of profitability Klarna lost 96 million crowns in the period as management prioritised growth.