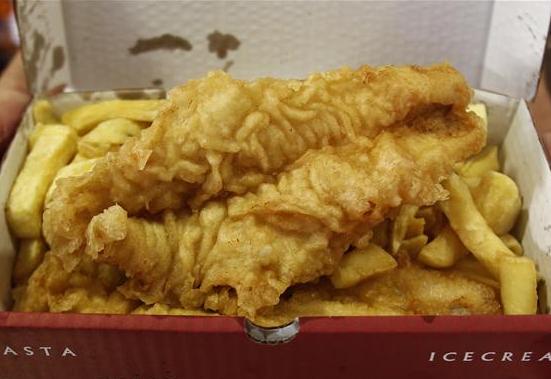 London’s third sizeable e-commerce debut in weeks values the online takeaway firm at 1.5 bln stg. That’s an unpalatable 15 times 2013 sales. This business is harder than it looks and Just Eat has built a strong position. But investors’ hunger for growth has led them to over-order.

Just Eat priced a London flotation at the top of its range, valuing the online takeaway service at 1.47 billion pounds ($2.43 billion). That was roughly double the 700 to 900 million pounds suggested by earlier media reports. The company and its venture capital backers sold 360.1 million pounds of stock, for a 24.6 percent free float. The initial public offering was 11 times subscribed, a person familiar with the matter said.

Of the gross proceeds, 100 million pounds will go to the company and the rest will go to investors including SM Trust, Index Ventures, Vitruvian Partners, Redpoint Ventures and Greylock Partners. A “greenshoe,” or over-allotment option, could see the deal increased by about 7 percent, boosting the free float to 26.4 percent.

GrubHub, a U.S. equivalent, is set to go public on April 4. The American firm raised its IPO price range to $23 to $25 a share on April 1. That was up from an earlier $20 to $22 range and implies a market capitalisation of a maximum $1.95 billion.