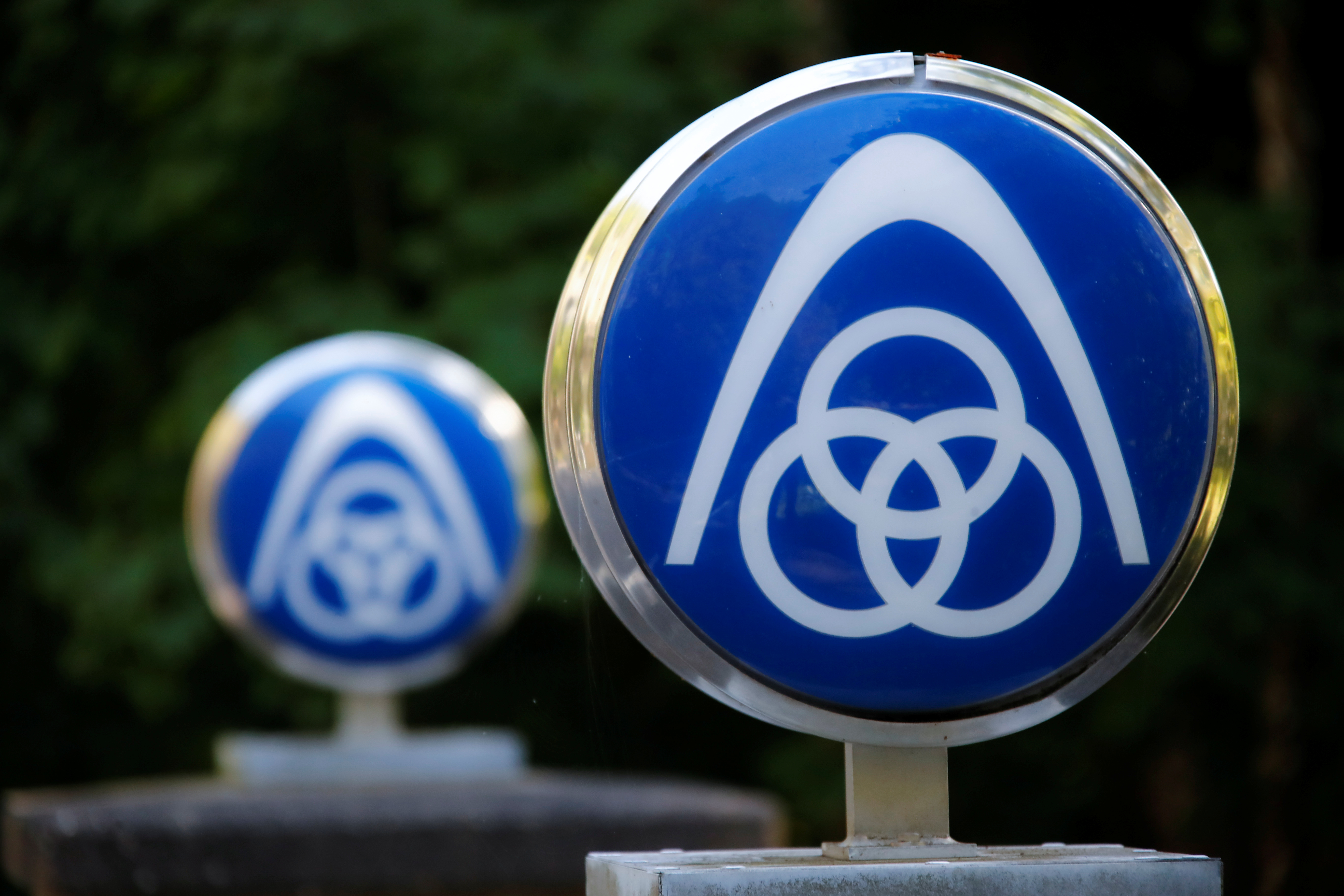 Private equity managers are teaming up to buy Thyssenkrupp’s elevator unit, worth maybe 17 bln euros. That smacks of the ill-fated club deals that epitomised the last buyout boom, although the target’s stable cash flows makes a blowup unlikely. The biggest risk is overpaying.

The logo of German steelmaker ThyssenKrupp AG is seen at the gate to Haus Rheinberg, a villa used for seminars in the valley of the small stream Wisper that confluents with the Europe's largest waterway Rhine near Lorch, Germany, September 15, 2019.

At least three major bidding groups want to buy a majority stake in Thyssenkrupp's elevator business, Reuters reported on Nov. 12 citing four people familiar with the matter. The German conglomerate’s most profitable business could fetch as much as 17 billion euros.

The bidders are pitching to buy a controlling stake, but would also be prepared to take a minority share if it helps win over Thyssenkrupp’s labour unions, Reuters reported. Activist fund Cevian, which is Thyssenkrupp's second biggest shareholder, favours an outright sale.

Finnish rival Kone has submitted a bid and teamed up with private equity firm CVC Capital Partners to address potential antitrust concerns. Private equity firms Blackstone, Carlyle and the Canada Pension Plan Investment Board have submitted a joint bid. A third bid came from Advent International, Cinven and the Abu Dhabi Investment Authority, according to Reuters.