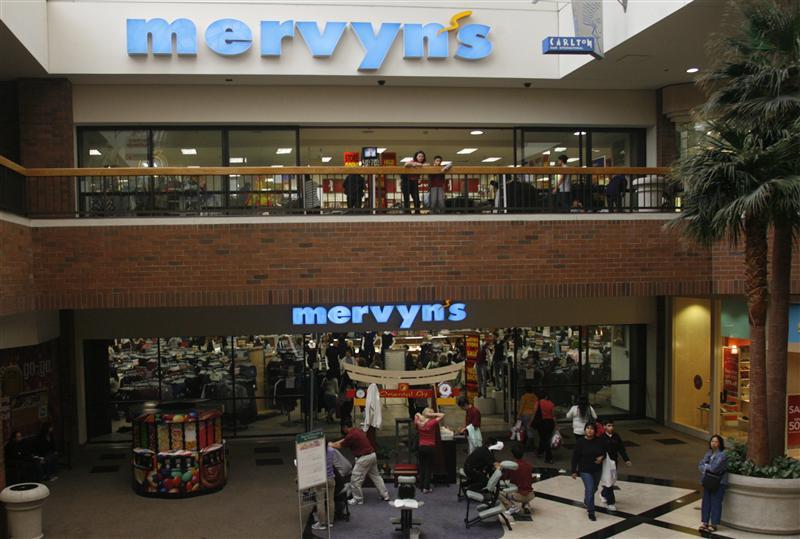 Naked facts about leveraged buyouts have been laid bare by some old strippers. Cerberus and Sun Capital are part of a bigger group that has agreed to pay $166 million to settle creditor claims that they pillaged and ruined Mervyn’s, a retailer they acquired from Target in 2004 for $1.25 billion. It’s a reminder of the buyout industry’s asset-stripping reputation and shows why investors can’t afford to let their guards down.

The case recalls some thrusting practices. The new owners of Mervyn’s cleaved real estate from the department store business and then began charging the chain higher rent. For the privilege, Mervyn’s also paid Cerberus, Sun and property investor Lubert-Adler some $59 million of transaction fees, according to court filings. And the creditors say Mervyn’s later borrowed $60 million to fund a special dividend for the buyers. It all conspired, so the allegations go, to drive the company into bankruptcy in 2008.

Times would have been tough for Mervyn’s anyway. It was an operation unwanted by its owner eight years ago, meaning financing might have been tough to secure without isolating the property portfolio. And when the crisis struck, the demise of specialty lender CIT hurt a big swath of the industry’s suppliers. Linens ’N Things, Circuit City and Fortunoff were among the many stores that folded.

Even so, unsecured creditors of Mervyn’s built a case strong enough to achieve the big concession. Millions of pages of documents forced defendants to rack up hefty legal fees. The private equity shops didn’t admit guilt, but went to great lengths to keep the deal quiet. The settlement prevents creditors from mentioning the firms in any press release, public filing or other announcement.

Less than half the proceeds are destined for pre-bankruptcy creditors, who probably will recover around 20 cents on the dollar after their four-year fight. Other investors would do well to take note. The extraction of assets from portfolio companies, gaudy fee arrangements and dividend recapitalizations may be rarer these days, but remain in the buyout playbook. Not every set of creditors will have the stamina or the cash the Mervyn’s group had to pursue claims. But by keeping a close eye on their investments they can help ensure they’re not the ones left exposed.

Shoppers are pictured in front of Mervyn's department store at the Glendale Galleria shopping mall on Black Friday in Glendale, California November 28, 2008. The chain filed for bankruptcy in July 2008 and is closing all stores. Shoppers headed to U.S. stores on Friday lured by promises of money-saving deals, but the annual kick-off to holiday sales appeared weaker this year and worries of a deep recession kept purchases down. REUTERS/Fred Prouser

Private equity firms Cerberus Capital and Sun Capital and real estate investment company Lubert-Adler are part of a group of defendants that agreed to pay $166 million to settle a lawsuit that accused them of stripping assets from the Mervyn’s department store chain, according to court documents dated Oct. 5. The firms denied all the allegations.

Creditors had sued in 2008 after Mervyn’s sought bankruptcy protection. Target sold Mervyn’s to the group in 2004 for $1.25 billion. At the time it filed for Chapter 11, the company operated 175 stores in California and the southwestern United States and employed 18,000 people.