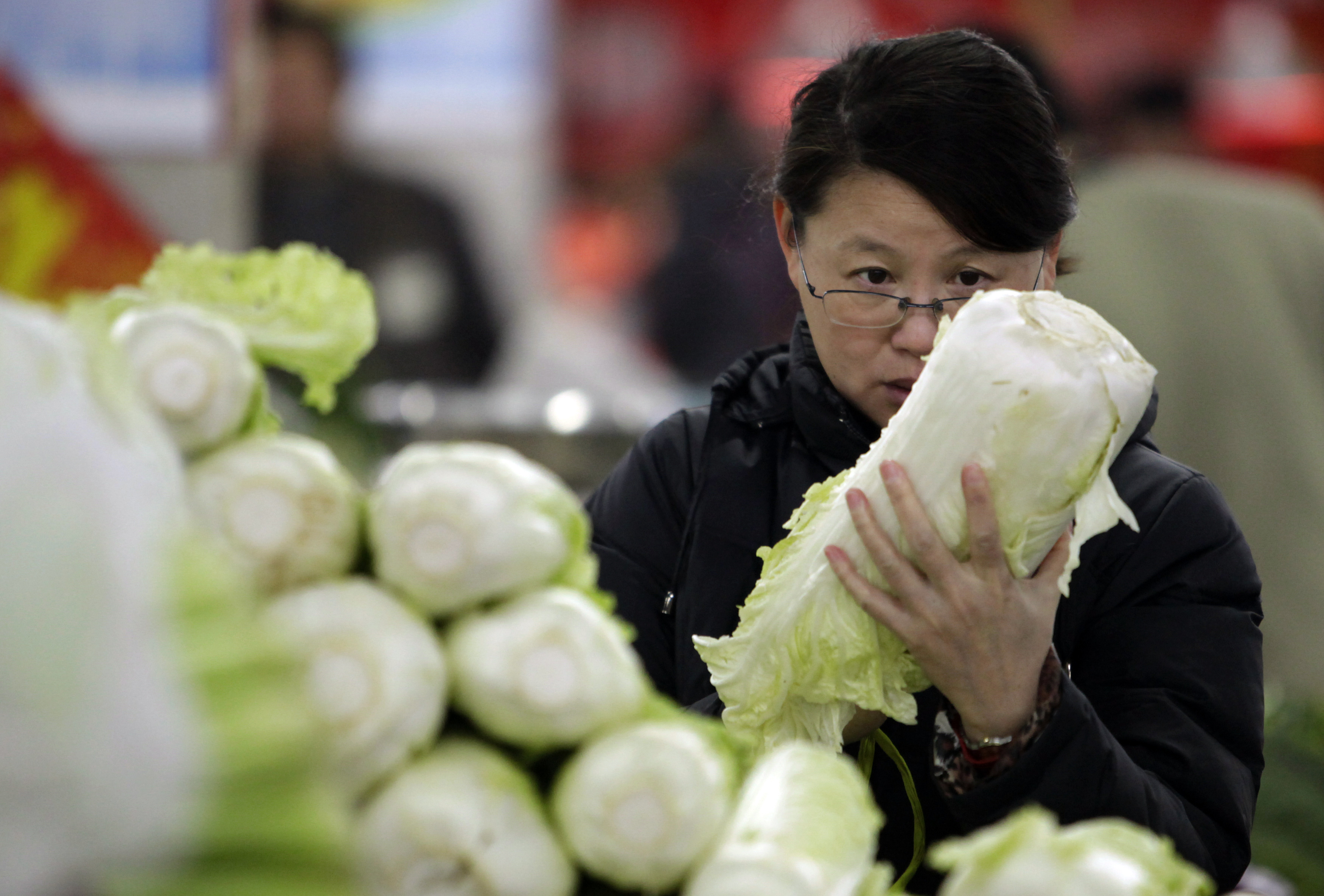 China’s food industry is accident-prone. Milk laced with melamine, fake eggs, glow-in-the-dark pork and cadmium-tainted rice have all made headlines. Now there is formaldehyde-laced cabbage, found in Shandong province. Thus treated, the vegetables will last for a week. The economic effect of food-scares can last far longer.

Food accounted for just 2.8 percent of China’s overall goods exports in 2010, according to the World Trade Organisation. But the WTO reports that food exports – such as seafood, apple juice and garlic – have tripled since China joined in 2000. Food scares are toxic for trade. Since chemical-tainted milk killed six children and sickened 300,000 in 2008, China’s exports of powdered milk collapsed to almost nothing, while imports have roughly quintupled. Non-food products too may suffer from a kind of reverse halo effect.

However, the gravest side-effects of food scares are domestic. Cabbage fears are likely to lead consumers to pay up for guarantees of safety. That’s inflationary, since fruit and vegetables have the third largest weighting in the China inflation food basket, according to Rabobank. The poor get the worst deal, since they can’t afford to buy organic, or foreign goods as an alternative.

More subtly but more profoundly, such scandals undermine Chinese consumers’ faith in the country’s institutions and systems. Lack of trust lies behind many of China’s distortions, from too-high savings rates to frequently fraying tempers. Each report of poisoned meat, contaminated vegetables or undrinkable tap water erodes consumers’ sense that the rule of law is taking shape.

But there’s a broader political need. As China gets richer, its agricultural sector, with some 200 million household producers, looks increasingly backwards. It needs capital, reorganisation and more effective regulation. Farm reform should be high up on the political menu.

Reports of formaldehyde-tainted cabbage appeared on Chinese websites, triggering new fears about the safety of Chinese food products, according to official state news agency Xinhua. Using a formaldehyde solution to keep vegetables fresh had been a “popular, unspoken method…for three years”, the agency reported.
The United States Food and Drug Administration refused 945 Chinese import shipments, including non-food products, in the first four months of 2012, more than from any other country.
Half of China’s water plants are unlikely to meet new standards on drinking water to be introduced in July, according to experts cited in Caixin magazine. Official statistics in 2010 suggested 70 percent of water sources met quality standards.
Li Keqiang, tipped to replace Wen Jiabao as China’s premier in 2013’s leadership transition, was put in charge of a food safety commission that operates under China’s top government body in 2009. The commission was established after milk tainted with melamine killed six infants and sickened 300,000, according to official figures.
The China Consumers’ Association fielded 50,476 complaints about the food and grocery industries in 2011, a 10 percent increase on 2010’s numbers, according to its annual report. Two-thirds of food complaints related to quality and safety, the association said.