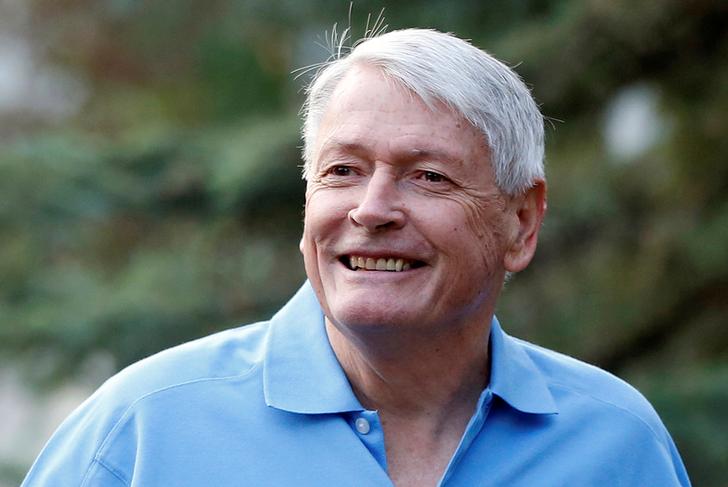 Telefonica said on May 4 that it had started talks with U.S. billionaire John Malone’s Liberty Global over a possible merger of both companies’ British units.

The discussions to join Telefonica’s O2 mobile operator with Liberty’s Virgin Media cable network had just started, the Spanish company said. There was no guarantee of success, it added.

O2 has 25.8 million pre-paid or contract mobile phone customers, just over a quarter of the market and slightly behind BT’s EE. Virgin Media supplies cable to 6 million households and has a further 3.3 million customers for its Virgin Mobile service, which runs on BT’s network.