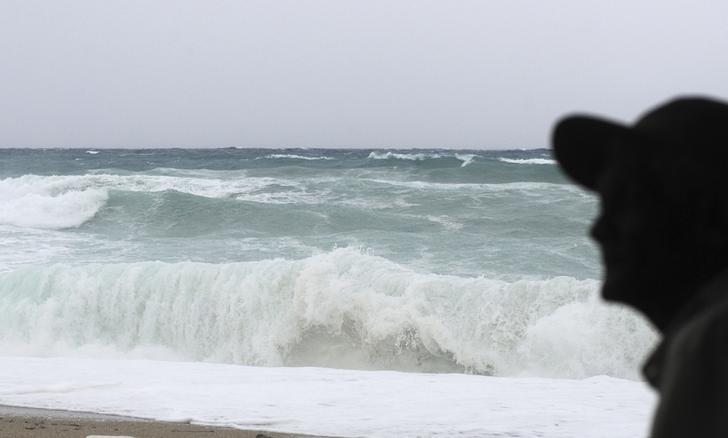 The cable M&A wave has hit the Caribbean. London-listed Cable & Wireless Communications will buy private cable group Columbus International for $3 billion including debt. With this deal, CWC aims to become the region’s top “quad-play” operator, selling mobile, landline, television and broadband together. The deal is pricey, unexpected, oddly structured and brave. But as in several European deals, the potential to cut costs and grow faster might offset these concerns.

A quick-hit “cashbox placing” on Nov. 6 raised equity equivalent to just under 10 percent of CWC’s stock. The money will help fund the deal, and the share sale partly explains a swoon in the CWC share price, down 6.6 percent by 1215 GMT on Nov. 6. But it’s probably not the whole story.

For a start, the cash and shares deal was a surprise. The price, an expensive-looking 12.3 times trailing EBITDA, looks high, and followed an auction. There could be a winner’s curse, since interest from regional rivals such as Denis O’Brien’s Digicel presumably inflated the final price. The move is also pretty heroic in scale. CWC was a $2 billion market cap company. Now it will be a $3.4 billion one.

What’s more, Columbus will do funny things to CWC’s capital structure. Consolidated net debt will hit a chunky three times EBITDA. Moreover, Columbus’ founders John Risley and Brendan Paddick, plus cable mogul John Malone, will take 36 percent of the combined group’s equity. That makes it hard to see anyone else ever bidding for the company.

All that said, the logic is familiar. Like Vodafone in Germany and Orange in Spain, CWC has judged it better to buy than build its own high-speed fibre network. Closer to home, Patrick Drahi’s Altice recently bought and combined two complementary businesses in the Dominican Republic.

As with those deals, there should be big savings here, too: CWC reckons saving on costs and capital expenditure will have a net present value of $700 million. Meanwhile selling more products per customer, and keeping them more loyal, should help boost growth.

So this could all pay off. But it’s nonetheless a bold move for Phil Bentley, still in his first year as chief executive.

A man looks on at Beach Bahoruco, where a strong swell announces the arrival of Tropical Storm Isaac in Barahona.

In a statement on Nov. 6, London-listed CWC said it would pay $1.85 billion in cash and shares to Columbus’ owners and assume debts of about $1.17 billion. It issued new shares equivalent to just under 10 percent of its market capitalisation to help fund the takeover. CWC is targeting synergies with a net present value of $700 million. Net debt will rise to three times EBITDA on a consolidated basis.

Both companies operate in the Caribbean, overlapping in Jamaica, St Lucia, Barbados, St Vincent, Antigua, Grenada, and Trinidad and Tobago, where CWC has a minority stake in local operator TSTT. Columbus is also present in Central America and the Andes, while CWC has operations in Panama and the Seychelles.

Columbus’ owners will hold about 36 percent of CWC after the deal. Columbus’ Canadian co-founders, billionaire John Risley and Chief Executive Brendan Paddick, will hold 20 percent and 3 percent respectively. John Malone, the U.S. cable entrepreneur behind Liberty Global and Liberty Media, will own 13 percent.

This Context News has been corrected to state Brendan Paddick’s holding as 3 percent instead of 6 percent.