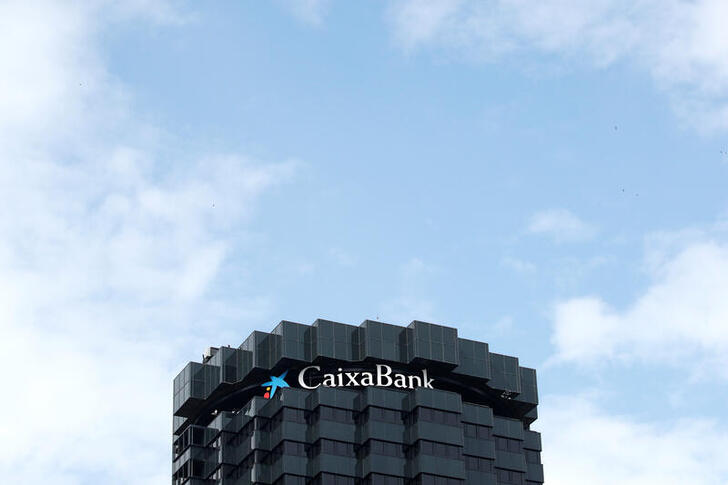 The Valencia-based lender is buying government-controlled Bankia to create Spain’s largest domestic bank. With cost savings worth more than 3 billion euros, the 20% premium looks small. Taxpayers and regulators are helping CEO Gonzalo Gortázar take it off the public’s hands.

CaixaBank's logo is seen on top of the company's headquarters in Barcelona, Spain, September 17, 2020.

Caixabank on Sept. 18 announced it had agreed to buy in an all-share deal the state-owned Spanish lender and create Spain's biggest domestic bank with total assets of more than 664 billion euros.

Under the terms of the deal, shareholders will receive 0.6845 shares in Valencia-based Caixabank share for each Bankia share. That’s equivalent to a 20% premium, based on Caixabank and Bankia share prices on Sept. 3, before the two confirmed they were in merger talks.

Based on Caixabank’s share price on Sept. 17, the offer values Bankia at 4.3 billion euros.

The Spanish government, currently a majority owner of Bankia, will hold a 16% stake in the enlarged entity.

The banks said they expected annual cost savings of around 770 million euros to be achieved by 2023 and new annual revenues of around 290 million euros over a period of five years. Restructuring costs of 2.2 billion euros will be fully covered by excess capital, they added.

The enlarged bank will target a common equity Tier 1 capital ratio between 11% and 11.5%, or between 250-300 basis points over regulatory requirements.

Caixabank said it expects the combined group to make a return on tangible equity above 8% in 2022.