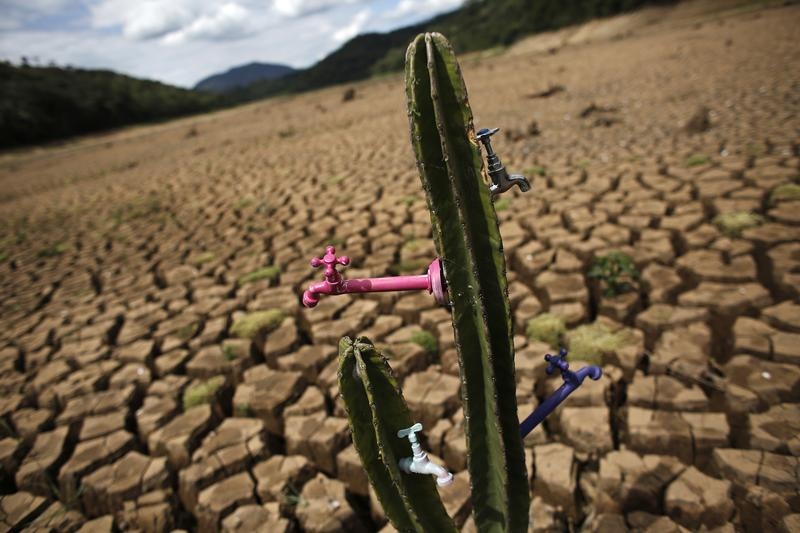 California Governor Jerry Brown may want to look Down Under for relief from the state’s years-long drought. The amount of water stored in reservoirs and snowcaps is so low that on Wednesday he ordered an unprecedented 25 percent cut in statewide use. It’s a wise though belated move. Now he needs a comprehensive plan to help turn California’s water woes around.

Melbourne, Australia offers a good model. The city suffered through what’s known as the millennium drought between 1997 and 2009. Like their California counterparts, Melbourne officials failed to react at first. They assumed abnormally low rainfall and high temperatures would not last for long, and enough water was flowing into city reservoirs to meet residents’ needs.

That began to change in 2004, however, and water flow dropped to more than 70 percent below average by 2006. At that rate, the city reckoned supplies would dry up in another five years.

California’s current drought hasn’t lasted as long, but supplies are dwindling quickly. The Sierra Nevada snowcap is at just 5 percent of normal levels, and state reservoirs contain only one year’s worth of water, according to NASA.

Melbourne responded to its drought by building a desalination plant, capable of supplying around a quarter of the city’s needs, and a water recycling facility. Officials also reformed and upgraded irrigation north of the municipality, reducing consumption by about a third. And they didn’t put restrictions on how water was used – as long as consumption did not exceed 155 liters per person each day.

Progress toward that goal was tracked and broadcast daily and weekly on television, encouraging residents to take an interest in how they were doing.

Brown’s edict is a decent first step. And there has been some progress toward locating new sources and identifying ways to reuse water. He may need to channel a bit of Aussie spirit, though, to find a more lasting solution.

Governor Jerry Brown of California has ordered cities and communities around the state to reduce water use by 25 percent. The move follows his decision in January 2014 to declare a state of emergency after several years of severe drought.

The governor made the announcement after visiting a ski resort in the Sierra Nevada mountains, where the snowpack is at its lowest level on record, just 5 percent of normal for this time of year.

NASA senior water scientist Jay Famiglietti wrote in the Los Angeles Times last month that California has just one year’s worth of water stored in its reservoirs.