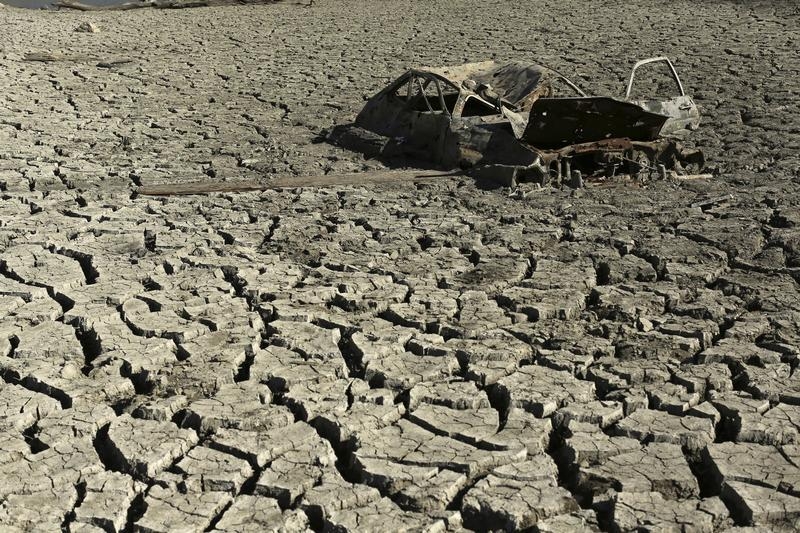 California’s latest water fix is a drop in the proverbial bucket. Governor Jerry Brown and top lawmakers on Monday proposed a $7 billion bond to fund work on the drought-hit state’s pipes and reservoirs. That, though, would cover just a fraction of what’s needed to bolster the state’s rickety water infrastructure.

There’s no guarantee the bond will even happen. California’s politicians can only recommend the bond; citizens have to approve it at the polls. This current attempt is a compromise to replace a $11.1 billion deal agreed to in 2009. That has twice been pulled from the ballot after fears voters would reject it as being too big and full of unnecessary pet projects.

Such pork is hard to avoid as a result of the many conflicting claims to the scarce resource. Water has been a source of conflict in California at least since Los Angeles started diverting water to the city over 100 years ago. Roman Polanski’s neo-noir 1930s-set masterpiece, Chinatown, brought such water disputes to the big screen.

The $7 billion bond would help address aging infrastructure – epitomized by a 20-million-gallon leak after a 1958 water main ruptured in Los Angeles recently. Smart investments in big freshwater basins like the San Joaquin River Delta, and underground aquifers and reservoirs, would all help make the next drought less severe.

But these would take years to fix. And none of the bonds under discussion goes far enough. As much as $30 billion is needed over the next decade to ensure the wet stuff flows smoothly and efficiently, according to a report earlier this year by the Public Policy Institute of California. A study two years ago by the American Society of Civil Engineers put that figure at $46 billion.

Better solutions are required, from conserving more water to applying new technology. Until that happens, California’s thirst for water security will go unquenched.

The remains of an automobile is pictured on the bottom of the Almaden Reservoir near San Jose, California January 21, 2014. California Governor Jerry Brown last week declared a drought emergency, and the dry year of 2013 has left fresh water reservoirs with a fraction of their normal water reserves. REUTERS/Robert Galbraith

California Governor Jerry Brown and top lawmakers on Aug. 11 proposed a new $7 billion bond to shore up the state’s water infrastructure, according to press reports.

The bond – part of a proposed $7.2 billion water-spending package – would replace an $11.1 billion water bond that received legislative approval in 2009 and is slated to appear on the November 2014 ballot after several years of delay. Voters are widely expected to reject that bond. The new plan still has to be approved by the state legislature ahead of an Aug. 13 deadline in order to appear on the November ballot.

A 2012 report by the American Society of Civil Engineers estimated that California would need to spend up to $46 billion over the next decade to maintain and improve pipes, reservoirs and other water system infrastructure.