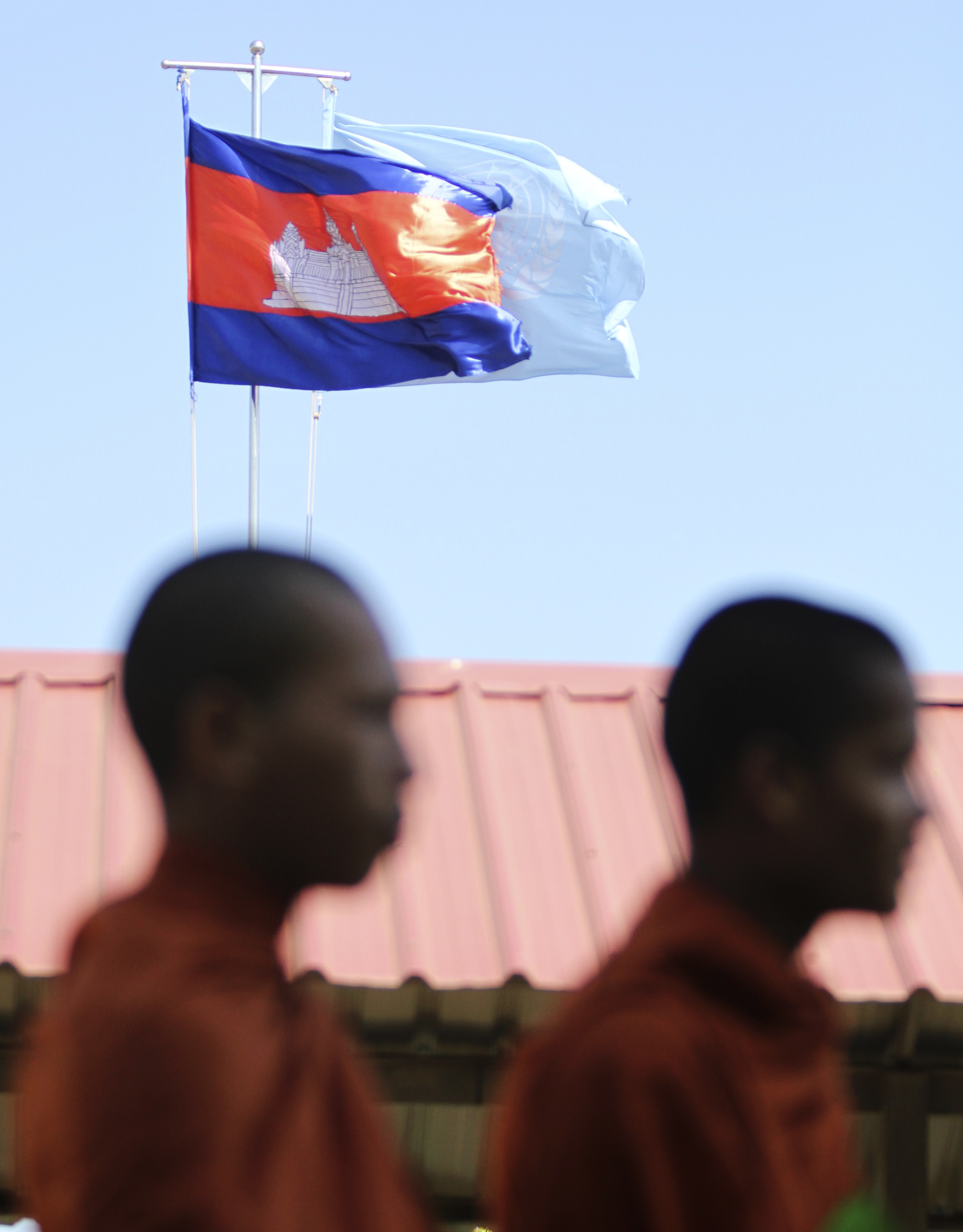 Cambodia must solve two big problems to achieve the kind of rapid, sustained growth Asia’s tiger economies have delivered. Opening its stock exchange on April 18 is a good start – it shows the country is relatively friendly to foreign investors and markets. But meeting the needs of a rapidly growing population will be expensive, and Cambodia’s corruption is both dreadful and pervasive.

Cambodia’s economic performance, at first glance, looks decent. It is expected by the Asian Development Bank to grow at 6.5 percent in 2012, around the same rate as in 2011. But with Cambodia’s population growing 1.7 percent annually, GDP per capita is increasing at less than 5 percent. That means living standards are increasing more slowly than in richer Asian countries like Vietnam, India and China.

Feeding, educating and housing ever more Cambodians will be a challenge. Cambodia’s population is increasing faster than the 1.1 percent annual growth in Vietnam and 1.3 percent in India, and will require large additional investments in infrastructure and services before growth can take off. The new stock market might assist at the margins by bringing in more foreign capital; more reliable pension provisions, making large families less of a necessity, would help too.

Corruption is the real enemy. Even for Asia, the country’s property rights are poor, and it ranks with the worst global slums on Transparency International’s Corruption Perceptions Index. The World Bank has ranked Cambodia one of the most difficult countries in which to start a small business, in terms of both time and cost. Solving the problem requires action at the top as well as a clean-up campaign throughout the various layers of state bureaucracy.

With a new stock exchange, Cambodia is at least showing its willingness to modernize – though in truth it might get better results from bunking up with a nearby major exchange such as Singapore’s. Even this may not bring in the capital needed to deliver rapid growth for a steadily rising number of Cambodians. If 20-year ruler Hun Sen wants to secure that sort of legacy, getting rid of graft must be the top priority.

Buddhist monks walk past a Cambodian flag and U.N. flag

The Cambodian stock market started trading April 18, with the listing of Phnom Penh Water Supply Authority (PPWSA).Cambodia ranked 164th of 182 countries on Transparency International’s Corruption Perceptions Index. It ranked 102nd out of 179 countries on the Heritage Foundation’s 2012 Index of Economic Freedom, above the Philippines, Indonesia, India, China and Vietnam.
The country also ranked 138th of 183 countries on the World Bank’s 2011 Ease of Doing Business survey, with an especially low rank on the ease of starting a business.
Cambodia has a population of 15 million, growing at 1.7 percent annually and a 2011 GDP at the official exchange rate of $13.2 billion, or $2,300 per capita at purchasing power parity, with growth estimated by the Asian Development Bank at 6.5 percent in 2012.
Government spending is estimated by the Heritage Foundation at 18.3 percent of GDP, with public debt below 30 percent of GDP.