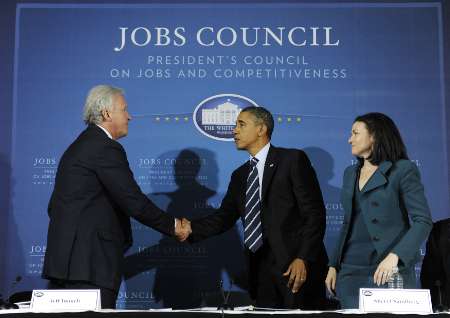 Congressional gridlock has Obama understandably frustrated. His ambitious political agenda was halted after Republicans triumphed in the 2009 midterm elections. But rather than compromise and give a little to the GOP to pursue additional stimulus for effective job creation measures, he has focused on programs that sound like music to voters’ ears but which may be ineffective in sparking large-scale growth.

Take the “Summer Jobs+” program announced last week. Through a public-private partnership, the initiative hopes to usher in 180,000 jobs for teenagers. Their employment levels plummeted due not only to the recession but also to recent minimum wage increases. Meanwhile, adult unemployment remains above 8 percent, according to government estimates. That’s clearly a bigger problem.

Similarly, the president’s sidestepping of Congress to appoint a new consumer watchdog chief and three labor board members also suggests greater concern for election politics than economic stimulus. Other, arguably more important, nominees for regulators like the Federal Deposit Insurance Corp and Federal Reserve will likely now be blocked by Republicans. The move also may doom any hopes for an extension of the payroll tax cut and long-term unemployment benefits through 2012.

True, these decisions didn’t come out of the blue. They were clearly part of his executive-order driven stimulus measures from last fall. Others included student loan relief and mortgage refinancing for underwater homeowners. But these will have little economic impact this year, amounting to less than $4 billion in stimulus. These, too, touch on issues that are distinctly populist in flavor and important to some voters.

Taken as a whole, the White House’s prescriptions for the economy, at least until the election, appear heavier on placebos than potency. Of course, if the unemployment rate continues to fall, as it did in December, and business picks up, the plan may work. But if growth slows before November, the weak economy could swamp the popular rhetoric.

The Obama administration announced on Jan. 5 the latest initiative in its “We Can’t Wait” campaign. The “Summer Jobs+” program seeks private-sector commitments for jobs for low-income and disconnected youth in the summer of 2012. The White House says it has nearly 180,000 jobs lined up so far.

When Republicans in Congress blocked the president’s jobs stimulus bill in late 2011, President Barack Obama responded with this initiative, consisting of measures that do not require congressional consent. Other aspects include executive orders to reduce the federal student loan burden for some Americans and a push for the Federal Housing Finance Agency to refinance the mortgages of some underwater borrowers that are owned by Fannie Mae and Freddie Mac.