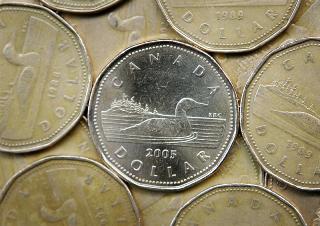 Zealous watchdogs have nixed several deals, or talked of doing so. While Chinese buyers face the heaviest fire, locals aren’t immune. But the risk should be low for RBC’s $4 bln purchase of Ally’s Canadian auto finance arm and TD’s of Target’s credit card business for $6 bln.

A Canadian one dollar coin, also know as a loonie.

On Oct. 23 the Royal Bank of Canada announced that it has agreed to buy Ally’s Canadian auto financing business for around $4.1 billion. The final sum will depend on how much of a dividend the unit will pay to Ally before the deal’s estimated closing date of the first quarter next year. The deal values the business at around 20 percent above book value.

Ally, formerly known as GMAC, is 74 percent-owned by the U.S. Treasury after receiving $17.2 billion of taxpayer support during the crisis. The company will have returned $5.8 billion, including dividends, after it pays the next dividend to the Treasury scheduled for next month.

Separately, also on Oct. 23, Target announced that it is to sell its U.S. credit card portfolio to TD Bank for an amount equal to the gross value of the outstanding receivables - currently around $5.9 billion.