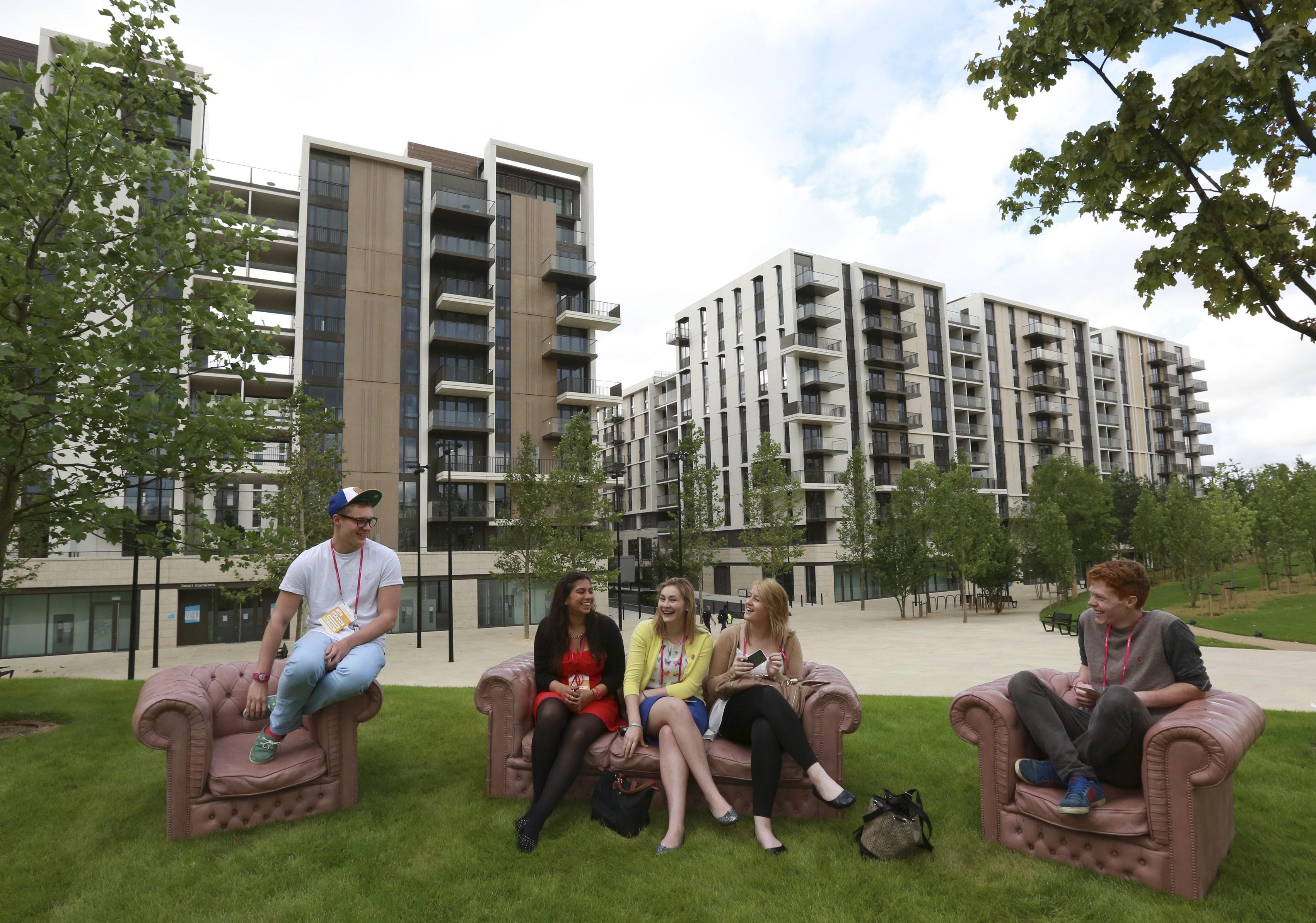 The Canada Pension Plan Investment Board has sold university housing player Liberty Living to Unite Group for 1.4 billion pounds. The seller’s small premium is offset by the buyer’s synergies. CPPIB gets to cash out, but a 20% stake creates upside if student inflows endure.

Students who were asked to test facilities for the night sit in Victory Park in the Olympic Village built for the London 2012 Olympic Games in Stratford, east London June 29, 2012. The village will accomodate up to 16,000 athletes and officials from more than 200 nations.

Unite will fund the 800 million pound cash component via a placing of new ordinary shares to institutional investors, seeking to raise approximately 240 million pounds. Another 310 million pounds will be drawn from Unite's existing financing facilities and cash resources, and 253 million pounds will come from selling Liberty Living’s Cardiff properties to the Unite Student Accommodation Fund.

The deal will be priced on a NAV-for-NAV basis. Liberty Living's portfolio was valued at 2.2 billion pounds as of May 31.

The company said that, on completion of the deal, the combined group would manage a total of 73,000 beds across 173 properties in 27 UK towns and cities with a total portfolio valuation of approximately 5.2 billion pounds.