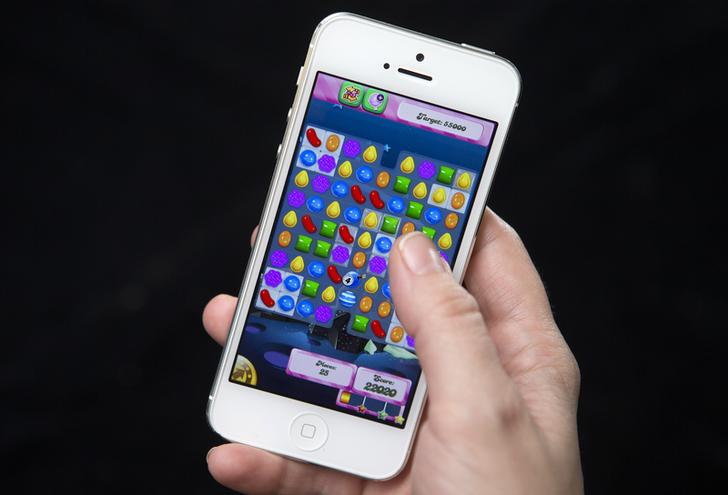 Candy Crush-maker King Digital Entertainment’s latest play will leave investors short of the sugar-like high its biggest hit often induces. The London-based maker of the sweet-matching mobile game is selling out to Activision Blizzard for $5.9 billion, at a price below last year’s initial public offering.

King’s model relies on producing a steady stream of new games in an attempt to find another mega-hit like the confectionery-based puzzle. But mobile gamers are fickle. Recent launches have failed to match the rapid growth of Candy Crush, even as the latter has faded. Revenue is expected to fall 13 percent this year, according to Thomson Reuters Eikon estimates, to $1.98 billion.

The model can be hugely profitable. King delivered a return on invested capital of 405 percent in 2013, according to Cowen. Financial synergies look minimal – King will continue to be run separately. The main benefit of blending the two companies appears to be to allow Activision to access new customers over and above those that play its mainly console-based games, like shoot ’em up Call of Duty.

There are shades of opportunism too. King’s stock has fallen recently, and the slim 20 percent premium based on last week’s close is in line with analysts’ estimate of its fair value, according to Eikon. The deal allows Activision to deploy excess cash. Over half will be funded through offshore cash reserves, and the rest by gearing up.

The history of the video gaming industry is littered with one-hit wonders. Finnish developer Rovio Entertainment has struggled to replicate the success of Angry Birds. U.S. peer Zynga is still living off its FarmVille franchise. Perhaps Activision will get lucky with King, which has produced other popular games, albeit none on Candy Crush’s scale. For now, though, taking it off the public market looks more like a Call of Duty-esque mercy killing.

A woman poses for a photo illustration with an iPhone as she plays Candy Crush in New York February 18, 2014.