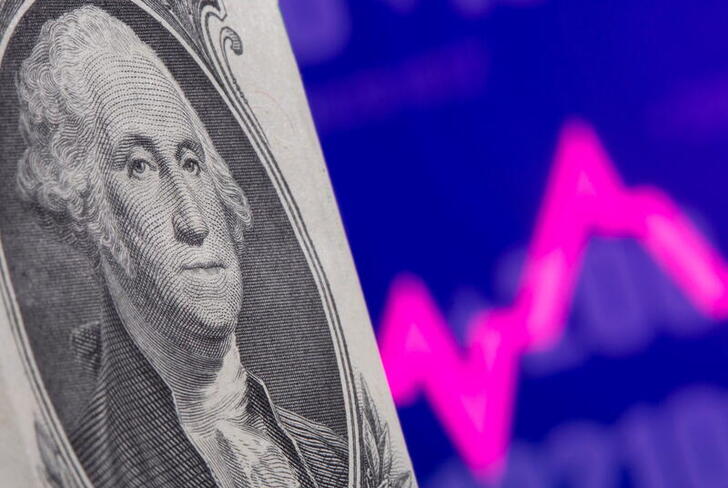 Out of alpha. Eyeball the value of hedge fund assets since 1990, and it looks a lot like a classic S-curve. A modest increase in October took the total above a new $4 trillion threshold, according to research firm HFR. But persistent high fees and underperformance make it look like a business reaching a limit.

Though the archetypal 2-and-20 fee structure is history, the typical hedgie boss still rakes in roughly 1.4% a year on assets and 16% of gains, HFR reckons. So investors in hedge funds are paying more from the get-go than they would for, say, exchange-traded funds like State Street Global Advisors’ SPDR S&P 500 ETF where annual expenses run under 0.1%.

Hedge fund bosses would quibble about the comparison with a U.S. stock-market index. But while individual funds and categories periodically trounce the benchmark, the outperformance seen in the 1990s and early 2000s is history. Over the past 10 years, an investor in a typical hedge fund wouldn’t even have doubled their money; in the S&P 500 Index, their pot would have more than quadrupled. (By Richard Beales)

Key man risk. For Canadian telecom tycoon Edward Rogers, power means the freedom to change one’s mind. A court ruled on Friday that the chairman of Rogers Communications was within his rights to oust five board members after they challenged his ouster of Chief Executive Joe Natale. With a reshaped board in hand, though, Rogers is throwing his weight behind Natale after all.

Rogers controls the company his father founded through a trust that holds his family’s voting shares. When he pushed to fire Natale, other directors – including some from his own family – tried to depose him. Now that their challenge has failed, Rogers’ grip on the C$30 billion company looks assured. Keeping Natale looks like an attempt to move on.

Perhaps Edward Rogers is on his best behavior while his firm pursues its C$26 billion acquisition of rival Shaw Communications. Competitors had used the board battle as a pretext to ask regulators to delay hearings. The risk is that when the deal is done, Rogers could change his mind again, as his family seems to expect. Founders often say their control ensures stability; Rogers is putting that theory to the test. (By Jonathan Guilford)

In a spin. Like its satellites, Inmarsat keeps going round and round in circles. The telecommunications firm, which started life in the 1970s as a system to locate shipping distress signals, is returning to public markets via a $7.4 billion cash-and-shares offer from U.S. rival Viasat. The deal comes only two years after it left the London Stock Exchange’s orbit in a $6.1 billion buyout by Apax Partners, Warburg Pincus and two Canadian pension funds.

As a provider of inflight broadband to airlines, Inmarsat suffered a proper pandemic whack. This year’s adjusted EBITDA is estimated at $740 million, less than 2018’s $770 million. And the gradual recovery in air passenger traffic probably means more sedate growth forecasts than the ones Warburg and Apax were contemplating two years ago. Viasat at least reckons it can make savings worth $1.5 billion in today’s money. It’s paying a rich 10 times this year’s EBITDA, more than Inmarsat’s 2019 buyout multiple, despite the bleaker outlook. For the buyout barons, that’s partial relief. (By Ed Cropley)

Market chill. Distraction can be an effective form of pain relief. SoftBank Group boss Masayoshi Son was candid about the hurt of the $3.5 billion loss the Japanese technology investor suffered in the three months to September after big bets soured, including Korean retailer Coupang and Chinese ride-hailer Didi Global. But he gave shareholders what they wanted with a new $8.8 billion share buyback programme.

The risk is that the cash balm isn’t big enough to soothe investor angst. SoftBank shares are down a quarter since its last $22 billion buyback plan ended in May, weakened by what Son called the “blizzard” that had hit markets, including China’s multi-pronged regulatory crackdown. The $94 billion company’s shares are languishing at a 52% discount to net asset value.

Ever the optimist, Son said he saw green shoots including the pending sale of chip designer Arm to Nvidia, which faces intense scrutiny from antitrust regulators. He’ll need to put more proceeds towards a bigger buyback before investors feel the same spring-like confidence. (By Jennifer Hughes)

Come clean. KKR is dipping its toe into hydrogen. The investment firm unveiled a 2.4 trillion won ($2 billion) deal in an energy subsidiary of South Korean conglomerate SK Group. The unit, the country’s top liquid fossil gas supplier, has ambitions to become a $30 billion hydrogen powerhouse. Earlier this year, it announced plans to invest $4.5 billion to build what it bills as the world’s largest clean-hydrogen production hub by 2025.

KKR is getting on board right after President Moon Jae-in’s commitment last month to reduce the country’s carbon emissions by 40% from 2018 levels by 2030, increased from 26.3%.

It sounds promising. But neither party will say if the new funds will go towards producing hydrogen created by using renewable energy or fossil fuel. If the latter, SK will have to capture and store the carbon generated to qualify as clean. That technology, though, is unproven at scale.

KKR, which is stepping up climate-related investments, should at least be somewhat insulated: It’s buying convertible preference shares, so it ought to receive a dividend ahead of common shareholders. But it’s being coy about that, too. A little sunlight would help in more ways than one. (By Robyn Mak)

Ntrctvnvstr? Vowel-less UK fund manager Abrdn is considering a big step away from its challenged core business of stock-picking. The group formed by the merger of Standard Life and Aberdeen Asset Management may buy Interactive Investor, a retail savings platform owned by J.C. Flowers, for more than 1.5 billion pounds.

Interactive Investor won’t come cheap. Savings platforms are valued more richly than fund management groups due to stable revenue and faster growth. And while Abrdn has a small existing business, there are unlikely to be big synergies.

Still, if Chief Executive Stephen Bird can catch his prey for not much more than the mooted 1.5 billion pound level, it could stack up. That would value the group at around 10 times 2021 sales, assuming revenue in the second half of the year matches the first six months to June. Rival Hargreaves Lansdown trades on a similar multiple. And Interactive Investor’s low-cost model, which charges clients a flat fee rather than one based on a percentage of assets, should leave it relatively protected if competition hots up. Abrdn shares rose modestly on the news, suggesting investors are equally happy to try something different. (By Neil Unmack)

A U.S. one dollar banknote is seen in front of displayed stock graph in this illustration taken May 7, 2021.