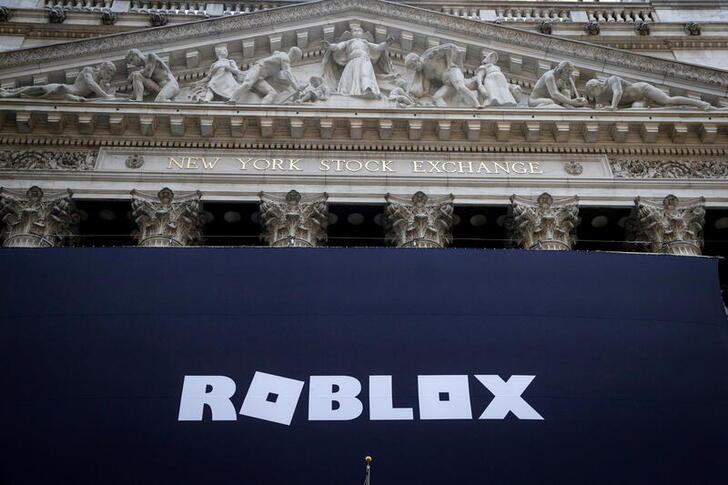 Building skyscrapers.  Kids are back in school, but they haven’t stopped using Roblox. The company said revenue hit $509 million in the second quarter, more than doubling from the same period in 2020. Unlike the decline in the use of at-home exercise contraptions from Peloton Interactive, some pandemic habits are sticking around.

Roblox, which enables users to create and play games, went public in March. Shares soared 43% on their debut. Since then, though, the worry has been that younger gamers would be less keen to tune in – and zone out – once they could meet friends in person.

It’s a bad run, but the flops may ultimately prove helpful. It’s unsurprising that U.S.-based investors were cautious about Delimobil, given the lack of public groups to benchmark it against and a Russia-specific story. And Mercury’s mooted $12 billion market capitalisation looked bold for a company which flogs mostly booze and tobacco, and whose chain suffered a run-in with tax authorities in 2019. Russian bankers in future will have more reason to make sure IPO hopefuls only come to market when they are ready, and that they are not too greedy. (By Dasha Afanasieva)

Bayer beware. German drugs-to-seeds maker Bayer’s surprisingly good earnings result may be hard to repeat. On Tuesday Chief Executive Werner Baumann raised the 49 billion euro group’s sales forecast for the year ahead to 9% from the 7% he previously set. Record high soy prices and a surge in demand for its specialist eye medication Eylea were behind the unexpected boost.

The Leverkusen-based group is still dealing with the fallout from an ill-advised $66 billion purchase of Monsanto in 2016. It has already set aside $6.5 billion to settle claims, and is hoping the U.S. Supreme Court may limit payouts next year. Failing that, the litigation threat could go on indefinitely as new plaintiffs emerge. Meanwhile, Swiss drugmaker Roche has a rival eye treatment contender to Eylea. Bayer is currently valued on 7.5 times forward earnings compared to peers on over 12 times, according to Refinitiv. With so much uncertainty, that gap is unlikely to close. (By Aimee Donnellan)

A clean well-lighted place. Nextdoor is showcasing the merits of being a safer, gentler alternative to Facebook. Shares in the neighborhood social network led by Sarah Friar soared over 50% before closing up 17% on Monday after it went public through a merger with a special-purpose acquisition company sponsored by Khosla Ventures. Nextdoor is nipping at the heels of Mark Zuckerberg’s $949 billion Meta Platforms, as it’s now called, a potentially risky business plan. With the larger company’s recent challenges, though, Nextdoor’s nicer approach may be working.

Investors took notice after Nextdoor completed its merger late last week. The SPAC’s shares have been listed all along, and it’s unusual for the finalization of an already known deal to trigger such a big effect. Moreover, most post-merger SPACs are trading below the $10-a-share price at which they originally raised cash from investors, according to SPAC Research.

Worth more than $5 billion in market capitalization, Nextdoor is valued at nearly 20 times the company’s own projected sales next year, after backing out cash. That’s a much higher mark than Zuckerberg’s behemoth. Investors seem to appreciate the new kid on the block – and its ticker symbol, “KIND.” (By Jennifer Saba)

FILE PHOTO: The Roblox logo is displayed on a banner, to celebrate the company's IPO, on the front facade of the New York Stock Exchange (NYSE) in New York, U.S., March 10, 2021.