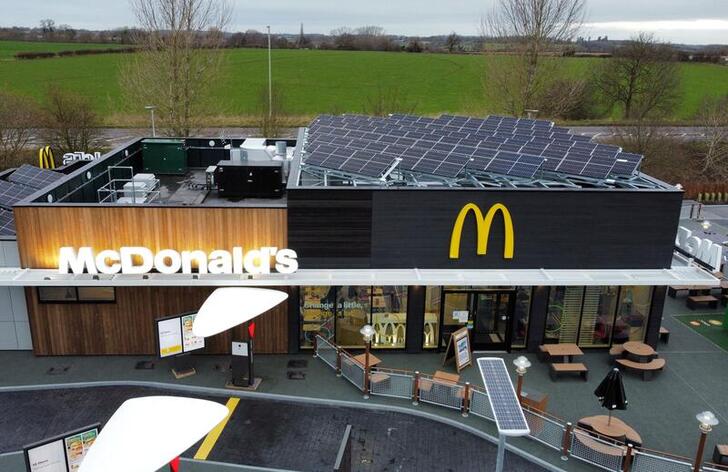 Golden opportunity. McDonald’s is finally getting its money back. The $198 billion fast-food chain settled its lawsuit against former Chief Executive Steve Easterbrook on Thursday, capping a messy ouster that started with a consensual relationship with an employee and devolved into lies and coverups about other affairs and related misdeeds. Easterbrook has agreed to return compensation now worth $105 million that included equity awards and cash. He also apologized for “failing to uphold McDonald’s values.”

Chair Enrique Hernandez and the board deserve credit for dumping Easterbrook in November 2019 when the original relationship, which breached the company’s rules, first surfaced. They also risked the bad publicity of suing the former boss once further transgressions came to light. CEOs whose positions become untenable are often allowed to go quietly, taking their nest-eggs with them. The clawback of Easterbrook’s hefty severance pay shows other boards how to do better for shareholders than the usual nothingburger. (By Jennifer Saba)

Nasty fall. Boohoo investors got a fright on Thursday. The 2 billion pound online polyester palace and owner of the Nasty Gal brand slashed its net sales growth forecast to between 12% and 14% for the year ending in February, compared to 20% to 25% previously. It also now expects an adjusted EBITDA margin of 6% to 7%, compared to previous guidance of around 9%. Shares fell 20%.

The reasons are mixed. Higher freight costs should be temporary. But subdued enthusiasm from fashionistas outside its domestic UK market and more customers returning clothes than before the pandemic are weightier problems. It now trades at 15 times 2022 earnings, a 32% discount to more mature rival Asos.

A revenue and profitability warning this late in the year also tarnishes management’s credibility just as the company emerges from a scandal over working conditions at its suppliers. Boohoo’s low-cost business model risks coming apart at the seams. (By Dasha Afanasieva)

One-upwomanship. Some 35% of Citigroup’s 52 newly promoted managing directors in Asia are women, the bank announced on Dec. 15, hailing the figure as a record. That adds more bragging rights to the lender’s greatest claim to fame on the ESG front. Chief Executive Jane Fraser is flanked by seven female directors in the board room, where women outnumber men, a rarity among the world’s largest banks.

Taking pride in the pipeline of talent is perhaps even more important. While disclosure requirements make diversity in the very highest echelons a matter of public record for big banks, it’s unusual to see granular data on the ranks below, where change is most needed if women are to make it to the top.

Perceptions vary wildly, too. A recent survey of Australasian financial professionals found 42% of women believed it is “almost impossible” for females to become executives, compared with 11% of men. That makes measuring and disclosing figures beyond the boardroom essential. More boastful bankers could help drive diversity. (By Katrina Hamlin)