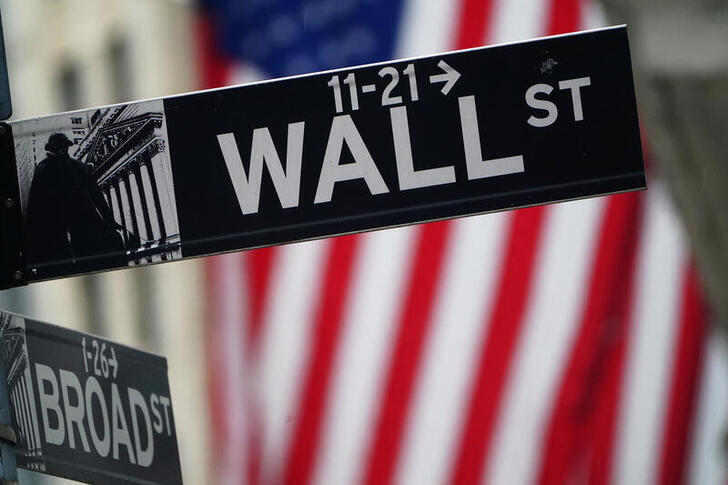 Super Group is also buying Digital Gaming, which will give it access to 10 U.S. states. The American market, now gradually opening up, is the jackpot for online sports and casino groups. The SPAC buying Super Group, Sports Entertainment Acquisition, is led by former National Football League executives.

With the U.S. securities watchdog ramping up scrutiny of SPACs, the buyer of Super Group is hedging its bets with seven pages of risk factors in its presentation. Those warnings may get little attention though, given the strong performance of earlier gaming mergers. SPACs typically trade at around $10 a share before they identify targets. DraftKings’ shares now trade at $58. GNOG now trades at $14 and change. Genius Sports, the sports-data SPAC merger that closed just last week, is above $21. Would-be owners should keep in mind that the insiders always have the edge. (By Richard Beales)

The sort-of-free lunch. American banks are finding it harder to grow, so many are looking for ways to cut costs. Help comes from U.S. depositors, whose willingness to lend funds for little or nothing is driving a rush to the retail-banking buffet.

Take the merger between two lenders announced on Monday. New York Community Bancorp’s bid for $2.5 billion Flagstar Bancorp is partly motivated by the smaller bank’s non-interest-bearing deposits, which are cheaper than its own funds. Those balances will make up 21% of the merged company’s liabilities, versus 10% at New York Community now.

The larger bank’s chief executive, Thomas Cangemi, isn’t alone in chasing an almost-free lunch. Goldman Sachs and Morgan Stanley have both been loading up on low-cost customer balances, through their retail bank and brokerage businesses respectively, with happy results for their profitability.

The sweet spot comes when a firm swaps expensive funding for the cheaper kind. For banks already awash in retail balances, inflows bring new headaches, like deciding where to invest it all. But with thousands of small banks in the United States, and some big retail franchises coming up for sale, there’s a feast to be had for those whose plates aren’t already full. (By John Foley)

Jab jostle. Europe’s legal battle with AstraZeneca may be more about politics than money. The European Commission said on Monday it had launched a legal action against the $138 billion drug giant for not making good on its contract to supply Covid-19 vaccines, and not having a “reliable plan” to ensure delivery. AstraZeneca says the claim is without merit.

The case may take years and rack up large legal bills. The fact the UK group is selling vaccines at cost, rather than for profit, may weaken Brussels’ case. The move also looks odd given Europe’s increasing preference for mRNA jabs, such as those developed by Pfizer and BioNTech, for which it is about to secure up to 1.8 billion new doses. Member states are wary of AstraZeneca’s inoculation following cases of blood clots. But with Europe still trailing the United Kingdom and the United States in its vaccine programme, bashing AstraZeneca may keep other drugmakers in line, and show European Union citizens the commission has their back. (By Aimee Donnellan)

Deal cops. New York Community Bancorp’s $2.6 billion acquisition of Flagstar Bancorp isn’t usually the kind of deal that draws scrutiny in Washington. But Senate Banking Chairman Sherrod Brown is part of a group of Democrats who want regulators to crack down on consolidation. That gives pause to the slew of regional banks that have been in M&A mode.

These deals often make financial sense. Bancorp and Flagstar are among the medium-sized firms that have struggled in the near-zero interest rate environment. The combined company, with $87 billion in assets, would help them better compete against giants like JPMorgan or fintech upstarts.

That’s why there has been a rash of tie-ups after a pause post-2008 financial crisis. Last year, First Citizens BancShares announced a $2.2 billion acquisition of CIT Group while PNC Financial Services is buying the U.S. business of Spain’s BBVA for $11.6 billion.

Last September, the Justice Department under Donald Trump signaled it could loosen bank merger reviews. With Democrats now in charge, regional lenders can expect more time under the microscope. (By Gina Chon)

Man-made disaster. Force majeure is typically reserved for acts of God or other unforeseen events. For Total in Mozambique, the reasons are sadly predictable. The French energy giant on Monday invoked the legal clause, which frees it from its contractual obligations, over deteriorating security in the north, where it is building a $20 billion liquified natural gas plant. Islamic State-linked militants overran the nearby town of Palma last month.

Total paid $3.9 billion for a 26.5% stake in the project in 2019, when the Islamist insurgency was in its infancy. So far, it has probably spent only a small part of its $14.9 billion of financing. And with force majeure in place, it no longer has to pay contractors. But the declaration suggests the French group now fears a long delay until authorities reassert control. Meanwhile gas investment is under growing scrutiny from investors, and faces competition from renewables. The longer the project stays on ice, the less likely Total will recoup its outlay. (By Ed Cropley)

The nose knows. Jessica Alba’s eco-diaper startup Honest Co has lost some of its shine, and it hasn’t even gone public yet. The consumer-goods company set its initial public offering price range at $14 to $17 per share on Monday. At the top end, Honest is worth about $1.5 billion, a valuation that’s more area rug than red carpet.

Last year, Honest pulled in $301 million in sales. At the upper end of the proposed IPO price range, the company’s enterprise value is around 5 times revenue. Giant Pampers purveyor Procter & Gamble is pegged at the same multiple. But that gives Honest no credit for its rapid growth: Its top line expanded 28% last year against P&G’s 6%.

Breakingviews expected a higher mark, perhaps in the $3 billion area. Past troubles over misleading labeling remain a shadow on Alba’s brand. Maybe even a possible deal with Unilever that never happened back in 2017 still weighs, given that a sale to an industry giant is one way incoming investors might cash in later. Or maybe Honest is setting expectations refreshingly low. (By Jennifer Saba)

Aberdeen anguish. When a company is already called Standard Life Aberdeen, it’s hard to come up with a worse brand. So hats off to the 6 billion pound asset manager for belatedly following the “disemvoweling” trail blazed well over a decade ago by technology startups like Tumblr and Flickr as well as rock band MGMT. The UK group plans to rebadge itself as “Abrdn”.

One obvious problem: how is it pronounced? The company seems to assume clients will know it should be “Aberdeen”, but that implies the pseudo-cool and edgy new brand will need a clunky parenthesis saying so. Otherwise it could all too easily become something like “A burden”.

It all seems a distraction from Chief Executive Stephen Bird’s drive to focus the asset manager more on investment advice. Maybe that’s intentional: the former Citigroup executive, who will presumably now be known as Stphn Brd, recently cut the dividend by nearly a third. The consolation for embarrassed employees is that it incentivises them to hit targets, thereby attracting suitors to launch a takeover – and another change of name. (By George Hay)

Pill-popping. Nestlé Chief Executive Mark Schneider is doubling down on his wellness drive. The $340 billion maker of Kit Kat chocolate bars and Nescafé coffee on Monday confirmed it’s in talks to buy The Bountiful Company, maker of Nature’s Bounty vitamin pills and dietary supplements. Bountiful’s current owner KKR was preparing it for an initial public offering that could value the business at more than $6 billion, Bloomberg reported in January.

The Long Island-based firm has emerged from the pandemic in rude health. It recorded sales of $2.1 billion in the year to last September, 10% higher than the previous 12 months. However, in the final quarter of 2020, revenue jumped nearly 28%, driven primarily by online sales in the United States, its biggest market. Schneider has previously signalled his desire to use the Swiss company’s financial firepower to bulk up in health foods. He’s likely to pay a top dollar price. (By Ed Cropley)

Autumn cleaning. Westpac is tidying up before the big scrub. A week ahead of its half-year results, when investors expect to hear details about a three-year cost-cutting plan, the Australian bank on Monday warned that after-tax cash earnings would suffer a A$282 million ($219 million) hit despite a windfall from the value of its stake in recently listed cryptocurrency exchange Coinbase Global. Customer refunds and litigation expenses piled up as Westpac also wrote down capitalised software.

The announcement omitted any mention of restructuring costs, which could be hefty given the scope of possible regulatory, strategic and technological fixes, along with the potential sale of its New Zealand business. A 72% increase in Westpac’s market capitalisation over the past year, to A$92 billion and a valuation of 1.3 times expected book value over the next 12 months, suggest a degree of sanguinity about Chief Executive Peter King’s forthcoming financial update. One warning, however, may yet beget another. (By Jeffrey Goldfarb)