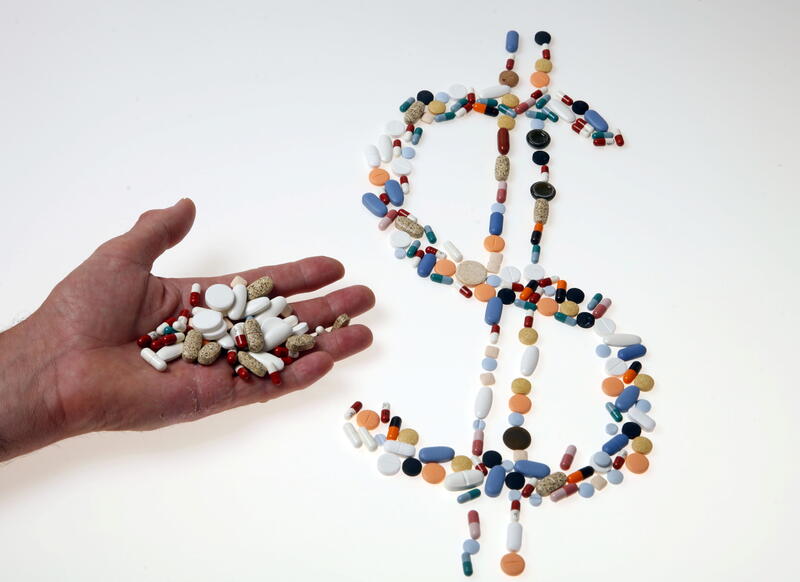 Take two a day. Merck’s potential pill for Covid-19 hit it out of the park, at least for investors. In patients with less serious illness but with risk factors like old age, it cuts hospitalizations and deaths by about 50%, the company said, sending the New Jersey-based company’s market value up $15 billion Friday. That might be too stingy.

Merck said in June the U.S. government agreed to pay about $700 per patient for the drug. Some countries will pay less, and the firm has licensed it to Indian drugmakers.

But assume Merck charges $700 and earns a net margin of 60%, an assumption based on Gilead Sciences’ experience with its Hepatitis C drug. That would mean $420 of profit per patient. It would take about 35 million, less than 5% of the U.S. and European Union population, to justify Merck’s gain in value.

About two-thirds of Americans have had at least one vaccine dose, and new American cases of Covid-19 are on the decline for now. But the pandemic has taught the value of preparation and things like booster shots. Merck plans to produce 10 million courses this year. It’s easy to imagine governments ordering multiples more. (By Robert Cyran)

Let’s call the whole thing off. Zoom Video Communications is no worse off for failing to merge with call-center operator Five9. At least the whole thing started and finished in just over two months, a stark contrast to doomed mergers like the dalliance between chipmakers Broadcom and Qualcomm in 2017 that dragged on for at least twice as long. But Zoom Chief Executive Eric Yuan may have opened up a vulnerability.

Zoom’s shares didn’t budge as it scrapped the deal on Friday – after all, it was no surprise – but they’ve moved a lot since it announced the union in July. The video conferencing firm has lost over $25 billion in market value – around a quarter of its worth – while the MSCI All Countries Americas Software Index is flat. That puts pressure on Yuan to explain his plan for keeping growth motoring without Five9.

If he doesn’t convince, he may get an unwelcome incoming call – from an activist. Yuan holds 30% of Zoom’s vote, but a controlling shareholder didn’t stop Elliott Management from going after online storage firm Dropbox. There’s no shame in trying and failing, but that doesn’t mean there are no consequences. (By Jennifer Saba)

Full circle. Tata is clambering back into the cockpit of Air India, the airline it founded and then lost to nationalisation in 1953. According to the ANI news agency and others, the storied conglomerate led by Natarajan Chandrasekaran appears to have beaten SpiceJet owner Ajay Singh in the race for the national carrier. It’s a landmark moment for buyer and seller.

Successful privatisation would secure big reform miles for Prime Minister Narendra Modi, underscoring his seriousness about selling underperforming state assets. Most of the modest proceeds will pay down the airline’s debt: accumulated losses exceed $9 billion. Tata will probably merge its purchase with its interests in AirAsia India and Vistara, a 51%-owned joint venture with Singapore Airlines.

It may even work out as a decent investment. Remarkably, shareholder returns at market leader IndiGo, owned by $10 billion Interglobe Aviation, have kept pace with the broader Nifty 50 Index since early 2020, despite pandemic pains. Of course, neither comes close to returns from $190 billion outsourcing giant Tata Consultancy Services. That benchmark will continue to dominate Tata’s own skies. (By Una Galani)