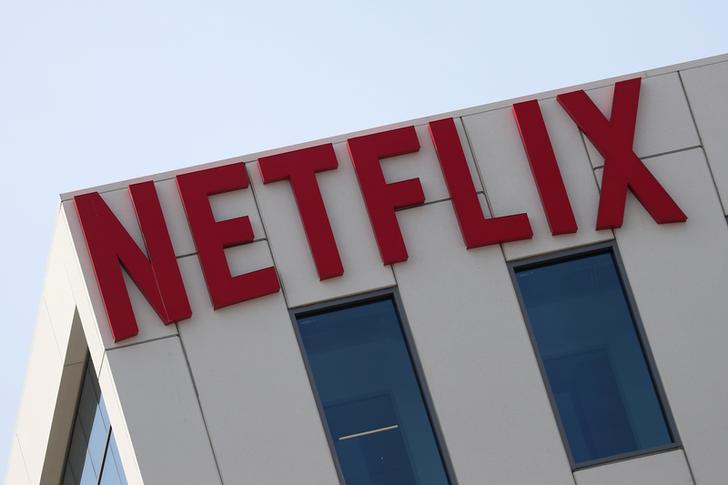 Plot twist. Netflix is testing a clampdown on users who share passwords. It sounds like an act of self-defence. After all, around 14% of American viewers aren’t paying. But it might also be a clever way to raise the heat on other streaming services like Disney+ and Paramount+.

Think about what happens to a freeloading user who is asked to pony up $8.99 for the basic Netflix package. If they subscribe, Netflix gets extra revenue and grows its 204 million-strong customer base – and the user has a little bit less disposable income to spend on a rival. On the other hand, if the user doesn’t take the bait, and goes with a different service or nothing at all, Netflix is no worse off – because the user wasn’t paying anyway.

Of course, one person can have several streaming products. The soaring market values of Walt Disney and Paramount+ owner ViacomCBS show investors are counting on it. But there’s only so much money to go around. By tapping viewers for cash now, Netflix can twist the knife on rivals, with nothing to lose itself. (By John Foley)

Sensitivity test. Forewarned is forearmed. Hence European Central Bank supervisory chief Andrea Enria’s warning on Tuesday about banks’ exposure to credit risk. One particular concern is that a large share of loans had shifted from being classified as “performing” directly to “non-performing”, without first passing through the intermediate “underperforming” stage. This could suggest that banks’ early warning systems are ineffective, Enria said.

European lenders may avoid the ECB’s worst-case scenario: that non-performing loans hit 1.4 trillion euros by end-2022, surpassing a 2016 peak of around 1 trillion euros. Even so, bankruptcies will rebound from last year’s unusually low levels when government support is withdrawn. Enria said the ECB would be ready to offer banks more time to rebuild their capital buffers if that would help them process the expected increase in bad loans. Given how much money the ECB is throwing at the euro zone economy to stimulate recovery, such flexibility would be unsurprising. (By Swaha Pattanaik)

Proxy brush. Glass Lewis and its peers are the dentists of Wall Street. They’re not much loved, but without them the process of corporate voting could rot. That’s perhaps why they have both become acquisition targets. On Tuesday Canadian private equity firm Peloton Capital Management said it would buy Glass Lewis from Ontario Teachers’ Pension Plan Board for an undisclosed sum. Last year, Deutsche Boerse bought ISS.

Both firms advise investors on how to vote in sticky corporate situations, like activist campaigns. Investment bankers and companies love to hate their power, which has grown as passive investing has ballooned. Last year the Securities and Exchange Commission even tried to change the way proxy advisers publish reports.

These firms can be conflicted, which they now have to disclose. Still they are an additional check for investors who cannot afford to do much critical analysis on their own. Much like the endodontist, they aren’t going anywhere. (By Lauren Silva Laughlin)

Airbrushing. Online fashion giant Zalando is betting on an epic post-pandemic boom. The 22 billion euro German e-commerce company reckons it can grow sales on its site made by the company or its partners, so-called gross merchandise volumes (GMV), from 10.7 billion euros in 2020 to over 30 billion euros by 2025.

The implied 23% annual hike in GMV sales to 2025 may seem doable given Zalando grew 30% in 2020. Back then, however, rivals Inditex and H&M’s stores were shut. If Zalando does achieve 30 billion euros of GMV in 2025, it would make over 1 billion euros of operating profit, assuming the same 3% operating margin as now. Assuming also that Zalando warrants today’s multiple of 57 times that operating profit, the company could be worth 60 billion euros in 2025. Discounted back at a 10% cost of capital, that’s 37 billion euros today. Given Zalando shares only rose 4% on Tuesday, investors aren’t yet buying it. (By Aimee Donnellan)

Other politically hazardous investments that add little value to Alibaba’s core online shopping business include Hong Kong’s South China Morning Post newspaper and video-streaming site Youku. A stake in local soccer club Guangzhou Evergrande, hatched over a drinking session between Alibaba founder Jack Ma and another tycoon in 2015, warrants booting out too. There may be broader concerns over such government intervention, but a decluttering effort could serve shareholders well. (By Robyn Mak)

Wizz kid. Veteran aviation investor Bill Franke is hedging his bets on a full Covid-19 recovery. The 83-year-old Texan has sold roughly half his 17.5% stake in low-cost London-listed carrier Wizz Air for 400 million pounds. Taking money off the table now is illustrative. Of Europe’s aviation stocks, Wizz Air has weathered the coronavirus storm the best, trading at 25% above its pre-virus levels this month. Rival Ryanair is next, up 10%. Uncertainties about the pace of Europe’s vaccine rollout may be prompting Franke to trim his exposure.

The former America West Airlines chief executive still has plenty of skin in Wizz’s game. Besides his remaining 8.5% stake, he holds bonds that could convert into 17.4 million shares. That’s plenty of exposure to an industry that remains largely grounded. Still, the fact that a veteran aviation investor is lightening the load suggests the easy money in recovering airline stocks has already been made. (By Ed Cropley)