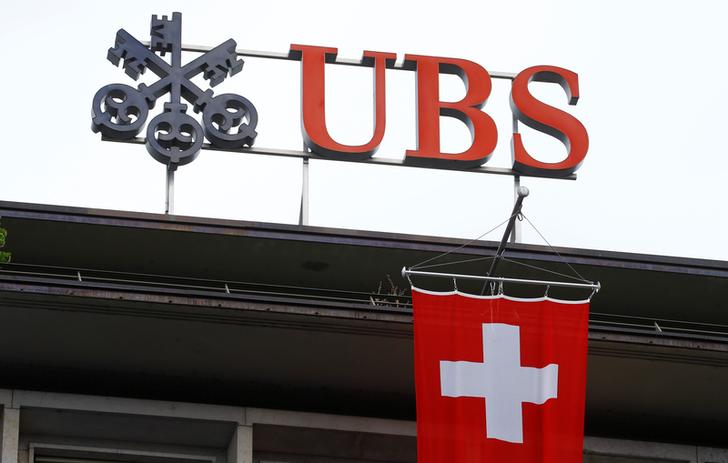 Sweeter. A French appeals court ruled on Monday that UBS must pay 1.8 billion euros to atone for past sins. In its ruling, the court found the $66 billion Swiss bank guilty of illegally soliciting banking services and money laundering. It’s a reputational blow, and could encourage other countries to follow suit. Still, the fine is some 60% lower than the 4.5 billion euros UBS risked paying after a 2019 verdict.

The smaller penalty offers new Chief Executive Ralph Hamers, who joined the bank almost a decade after the contested activities ended, the chance to be more generous to investors. After accounting for provisions, the fine should still leave UBS with a capital buffer of some $4.2 billion before it hits its minimum common equity Tier 1 threshold of 13% of risk-weighted assets, Breakingviews calculations show. Even after factoring in $1.8 billion for completing an existing share buyback programme, the Swiss bank would still have more than $2 billion of spare cash. With net profit expected to surpass $6.5 billion next year, Hamers can afford to loosen the purse strings. (By Lisa Jucca)

A cure for post-Covid. Pfizer is planning for life after the pandemic. Its $6.7 billion deal to buy drugmaker Arena Pharmaceuticals, at a 100% premium, is a bid to ensure the U.S. pharma giant has options.

Arena’s drugs aim to treat inflammatory conditions like ulcerative colitis, which Pfizer already targets through a different mechanism. While Covid shots make up more than one-third of Pfizer’s $82 billion of estimated revenue for 2021, boss Albert Bourla still has other mouths to feed.

Meanwhile at rival vaccine maker Moderna, early results for a flu shot on Friday were middling and shares fell as much as 14%. Chief Executive Stéphane Bancel is under more pressure than Bourla: Moderna remains a one-product company for now.

Pfizer may already have salved one condition, namely the weak biotech market. Its Arena deal is the third biggest in a slow year, according to Refinitiv data. The Nasdaq Biotechnology Index is down in 2021, whereas the S&P 500 Index is up around 28%. Smaller drug developers’ shareholders would love more big peers to think about post-pandemic life. (By John Foley)

Screen burn. And just like that, Peloton Interactive had an image problem. The at-home workout company’s shares dropped more than 15% last week after a famous character in the “Sex and the City” spinoff series dropped dead after a class. Peloton said the plot twist surprised it too, but the company remains more vulnerable to collapsing demand than collapsing customers.

Peloton shares have lost nearly two-thirds of their value in the past year. Even before the fictional Mr Big met his end, the stock was battered after CEO John Foley said he underestimated how easing Covid-19 trends would affect business. Peloton’s enterprise value is now around 3 times its estimated revenue for its fiscal year ended in June, less than half the multiple on which yoga gear-maker Lululemon Athletica trades.

Peloton is pedaling far ahead of rival cardio-kit maker Nautilus, whose top-line is estimated to drop over the next year. Peloton’s revenue is still estimated to grow by a third, according to Refinitiv. Maintaining that edge, though, means Foley needs to keep every customer he can, fictional or not. (by Lauren Silva Laughlin)

Enter the matrix. New Credit Suisse Chair António Horta-Osório has wasted no time rationalising the bank’s outdated corporate structure. Making good on a promise made alongside a November strategy update, the Swiss lender on Monday appointed Francesco de Ferrari as its new global head of wealth management. His purview will include Asian private banking, which previously sat under regional boss Helman Sitohang, along with the local investment bank.

It’s a sensible move. The old structure, designed by former Chief Executive Tidjane Thiam, arguably made it harder for risk managers in Switzerland to keep track of goings-on in the far-flung region. Tightening up compliance is a key general priority given the collapse of clients like Greensill Capital and Archegos Capital Management. One question is whether De Ferrari is the right person to lead Credit Suisse’s most important business. His tenure in charge of Australian wealth manager AMP was hardly a success. Still, at least he won’t have to navigate a byzantine regional sprawl. (By Liam Proud)

Chips off the table. Alibaba’s unsuccessful semiconductor bet has probably saved it a world of financial pain. China’s $340 billion e-commerce company lost out to a state-backed fund for Tsinghua Unigroup due to last-minute data-security concerns over its New York listing, according to Reuters. The company run by Daniel Zhang had been eying Unigroup’s prized assets, including a cloud computing infrastructure business, as part of the indebted chipmaker’s painful restructuring.

A deal would have bolstered Alibaba’s recent forays in developing its own in-house processors and helped it score political points with Beijing. But the company is grappling with slowing growth at its core e-commerce business. It’s also facing intensifying competition. Diverting resources into bailing out Unigroup, which as of June had some $12 billion of debt due within a year, would have been a tough sell to shareholders already smarting from a near-50% drop in Alibaba’s market value this year. The company is better off walking away. (By Robyn Mak)