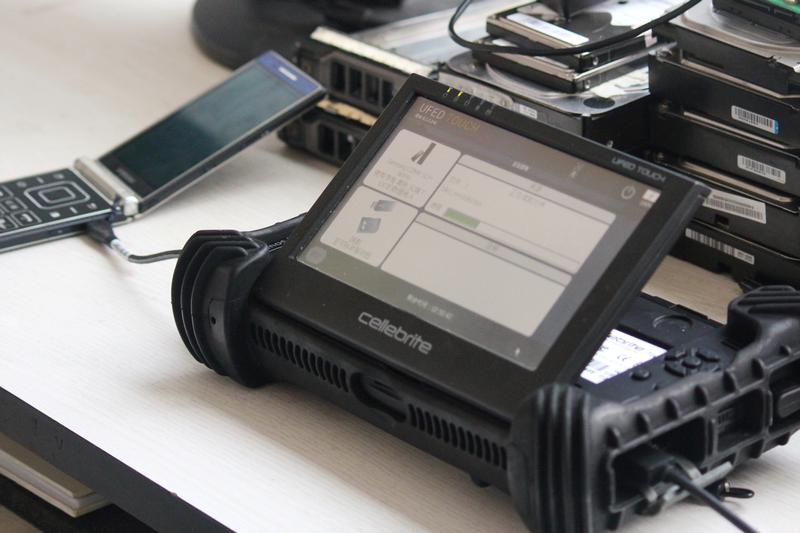 Something to Cellebrite. Controversy over cops breaking into people’s cellphones is heading to a stock exchange near you. Israeli digital intelligence outfit Cellebrite is merging with a special-purpose acquisition company, TWC Tech Holdings II, at an equity valuation of $2.4 billion.

Cellebrite majors on unlocking digital devices unearthed in criminal investigations and knitting all the data it finds together with other material, like video footage. It claims law-enforcement clients in all of America’s 20 largest cities, for example, and in 25 of the European Union’s 27 national police forces. The company says investigators use its name as a verb.

The company helped the FBI unlock a shooter’s iPhone when the U.S. Justice Department was fighting Apple for access back in 2016. That spat was about privacy and limits, if any, on encryption available to consumers. Like, say, Palantir Technologies, another law-enforcement favorite, Cellebrite boss Yossi Carmil talks about serving the common good, not the bad guys. Maybe a Nasdaq listing will make that easier for the public to, well, police. (By Richard Beales)

Rascally Robinhood. Robinhood Markets, the online brokerage that hosted this year’s rush into so-called meme stocks like GameStop, already paid a fine for hiding information from its users. Now, Reuters reports, it may have neglected to report some of its customer trades to the regulator as required. It will fit right in among Wall Street’s merry men and women.

Fines over disclosure to the Financial Industry Regulatory Authority are generally neither big nor rare. Goldman Sachs, Deutsche Bank and Bank of America have all paid a few million dollars or less in cases that usually speak more of procedural glitches than malice. Failure to report some trades hampers FINRA’s ability to monitor markets, but doesn’t leave a trail of direct harm.

While a company planning to go public has reason to keep its nose clean, regulatory penalties have in any case become a Wall Street cost of doing business. Citigroup, JPMorgan and Goldman paid huge sums last year for miscellaneous failings. Robinhood is a disruptor, but in the sense that skirmishes with the regulator are a feature of life as a financial swashbuckler, it may prove all too similar to old-school rivals. (By John Foley)

Richer pickings. The UK’s drive to lure homegrown companies to the London Stock Exchange has suffered another snub. Vaccitech, which owns the technology behind AstraZeneca’s Covid-19 jab, has confidentially filed for an initial public offering in the United States, the Financial Times reported on Wednesday.

The loss-making Oxford-based startup’s vaccine technology and immunotherapy treatments for cancers could entice U.S. money managers who are used to focusing on drug pipelines. Nevertheless, it’s a high-profile setback for Rishi Sunak, Britain’s finance minister, who has promised to make it easier for companies to sell less than 25% of their shares and let founders keep control when going public. The UK government last year gave Vaccitech a grant to support its research. With used-car seller Cazoo merging with a U.S.-listed blank-cheque company, and private members’ club Soho House also heading for a New York float, Sunak’s campaign to revive the City of London could do with a shot in the arm. (By Aimee Donnellan)

Up the drawbridge. The last time Emmanuel Macron went after the École nationale d’administration (ENA) in 2019, Paris was grappling with weekend sieges from yellow-vested protesters. Castigating the finishing school for the managerial class was a symbolic gesture to distract attention from riots. So it’s easy to see the French president’s latest expected salvo against the institution as another populist sop. After all, Macron and top dogs at BNP Paribas, Société Générale, Rothschild & Co and Bpifrance are all recipients of its hallowed degrees.

Like much of Europe, France is in the grip of another wave of Covid-19 infections and lockdowns. Worse, it’s sucking wind on vaccinating citizens. Just 5% of the French population has been fully inoculated, versus 8% in the United Kingdom and 19% in the United States. Creating greater opportunity and a more equal society is laudable. But trashing ENA won’t automatically free up top spots in government, finance and business. Focusing on vaccinations, though, will save lives. (By Rob Cox)

New wardrobe. ASOS is preparing to reap the benefits of a return to the Roaring Twenties. Chief Executive Nick Beighton reckons the UK online retailer’s loyal army of 20-something shoppers will splash out on new wardrobes as the country shakes off the pandemic and pubs and restaurants reopen, triggering a spending splurge similar to that after the Spanish flu.

A new look is needed. The 6 billion pound fast-fashion retailer last year enjoyed a surge in demand for tracksuits and loungewear, which rose to 41% of all sales from 30%, helping to deliver a 275% increase in adjusted pre-tax profit for the six months ending Feb. 28. But that will start to tail off as people return to offices and pubs reopen. The hope is that sales of “occasionwear” such as frocks and suits, which suffered last year, will now rebound. ASOS shares are already up nearly 20% since the beginning of the year, outperforming tracksuit and trainer giant Nike, which is down 2% in the same period. Not everyone can enjoy the reopening party. (By Aimee Donnellan)

Dutch courage. Buyout barons eyeing up KPN are having to contemplate an increasingly narrow door. The Dutch telecom firm’s shares have risen nearly a third since October, when Bloomberg first reported that EQT was lining up a potential bid. If the Swedish private equity firm is still interested, as the Wall Street Journal suggested on Thursday, it’s going to have to dig deeper and probably accept lower returns.

The potential EQT bid is at 3 euros per share, a measly 4% premium to Wednesday’s closing price. That would value KPN’s equity at 12.6 billion euros. Including around 6 billion euros of net debt, EQT and its partners will have to borrow 12 billion euros, assuming leverage of 5 times this year’s EBITDA. That translates into an internal rate of return of just 14%, assuming stable margins and modest top-line growth, according to Breakingviews calculations. That’s hardly stellar, and there’s a risk the government nixes the deal before it happens. KPN’s modest 2% share price rise suggests private equity may have missed the boat. (By Ed Cropley)

Confidence trick. So far Beijing appears to be  losing its struggle to keep stimulus money out of real estate speculators’ hands. Shrewd buyers have managed to abuse the central bank’s support programme for small businesses to borrow funds to buy property, paying just two thirds of regular mortgage rates. Recent central-government-driven investigations found at least $126 million of business loans had been rerouted to buy properties in Beijing, Shanghai and other hot markets, keeping prices rising despite regulators’ efforts to cool them. The real number is probably far higher.

Policymakers still aim to boost such SME lending by over 30% in 2021 to pad a recovery that remains uneven. Official data showed private sector profits grew only 3.1% in 2020, with average gross industrial profit margins at a thin 5.7%. With benchmark rates relatively high, it is unsurprising that business owners in weaker sectors like travel or dining prefer to park stimulus checks in housing instead of their core businesses. But it reflects a lack of confidence that demand has firmly recovered. (By Yawen Chen)

A Cellebrite forensic device extracts data from a Samsung mobile phone during a demonstration at a training centre in Beijing, China June 19, 2018.