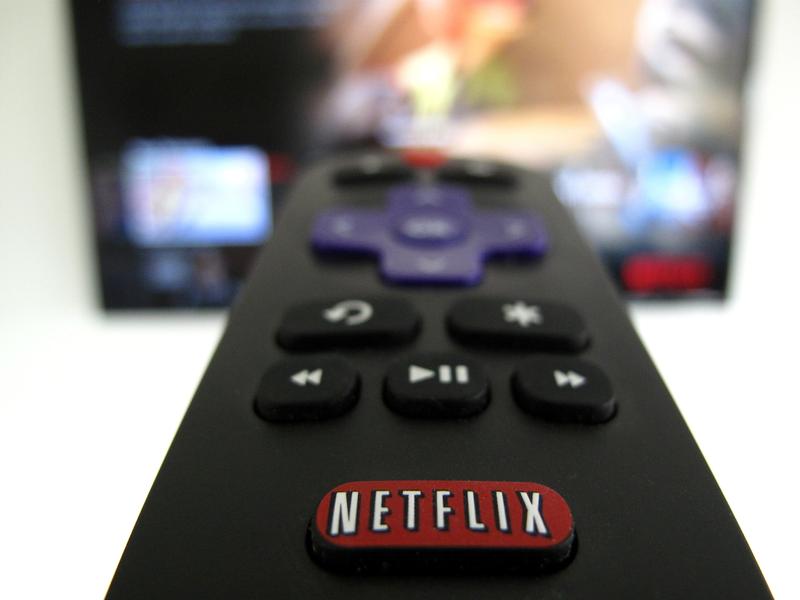 Shark tank. It’s the start of summer and the war over content is getting even hotter. Netflix said on Monday it struck an agreement with famed “Jaws” director Steven Spielberg and his studio Amblin Partners to produce films. Netflix may be one of the most popular streaming services around with over 200 million subscribers but even the king can be paranoid about losing his crown.

Though the financial terms were not disclosed, Netflix is known for splurging on creators including a $300 million deal with “Glee” producer Ryan Murphy and a $100 million handshake with Shonda Rhimes, who spearheaded “Bridgerton.” Amazon.com turned up the crank by agreeing to buy MGM movie studio last month. But there is another rival known for its user-generated content: Alphabet’s YouTube. Last week, Nielsen research found that both Netflix and YouTube tied with 6% each of American TV viewership in May. Offering unique content is one way to keep the reign. (By Jennifer Saba)

No flack. Helicopter-taxi firm Blade Air Mobility’s fake public-relations representative is more than just a PR problem for investors. It went public via special-purpose acquisition company Experience Investment, backed by Eric Affeldt, former chieftain of country club firm Club Corp. The phony spokesperson it had up until shortly before it listed shares, according to Business Insider, is troubling for a startup that wants to be taken seriously by shareholders.

Young companies can have some growing pains when it comes to presenting themselves. That’s why they often hire help from public relations firms, an industry that has exploded so much there are now seven flacks for every reporter, according to information from the U.S. Bureau of Labor Statistics.

Still, some of the most seasoned companies carry on without a press person. Warren Buffett’s Berkshire Hathaway lists Chief Financial Officer Marc Hamburg in its earnings releases. Blade might benefit from someone sprucing up its public story as it switches from old-school helicopters to electric air taxis. That it didn’t have a spokesperson is one problem. That it faked it may need more than just flacking. (By Lauren Silva Laughlin)

Goldman’s Lilliputian empire. While Goldman Sachs is a big deal on Wall Street, its spread into transaction banking is all about starting small. David Solomon’s firm said on Monday that it plans to extend its new payment services for companies, launched in the United States last year, to the United Kingdom. It won’t initially make much impact, but that might help Goldman steal a march.

Three things drive Goldman’s new venture. First, returns on equity from transaction banking are high, at around 20%. Second, deposit funding is cheaper than borrowing from the market. And third, why not? Goldman is channeling its new offering through the already-existing UK branch of its U.S. bank, so short of adhering to local privacy rules, there’s not much to do from scratch.

All this is small beans for Goldman. It had around $35 billion of transaction banking deposits compared with $1.2 trillion of total liabilities at the end of March. The UK – and Europe later this year – won’t tip the balance, or unseat global banks like Barclays and Deutsche Bank any time soon. Then again, rivals’ complacency might be Goldman’s best asset. In Jonathan Swift’s famous novel, even the six-inch-high Lilliputians manage to subdue an unconscious Gulliver. (By John Foley)

Whatever sticks. Facebook is joining the audio wars – with a cover version. Mark Zuckerberg’s company on Monday launched Live Audio Rooms, its version of real-time conversations app Clubhouse. It’s a bit like throwing spaghetti at a wall and seeing what sticks, but with online advertising set to rise by 22% year-over-year in 2021, according to GroupM, the $935 billion social network has nothing to lose.

Clubhouse has attracted multiple clones, even as its own star fades. The previous Silicon Valley darling that capitalized on exclusive chats with the likes of singer Drake saw downloads fall below 1 million in April, a nearly 90% decline since its February peak, according to Sensor Tower. Twitter and Microsoft-owned LinkedIn have also started wannabes.

Not Minsking its words. The European Union is squeezing President Vladimir Putin’s geopolitical tentacles. Brussels was on Monday preparing tougher sanctions against Belarus over the forced landing of a Ryanair passenger plane in Minsk, including a possible ban on EU investors from trading securities or buying short-term bonds. That puts pressure on Russia to step up financial support to its ally.

Belarus’s sovereign dollar debt tumbled – its 2031 bond hit a record low. Raising new funds will be much pricier if Belarusian bonds become untouchable. Russia may thus have to make up the shortfall: hard-currency sovereign bonds make up nearly a third of Belarus’s $18.5 billion external debt, roughly a third of its GDP. Failure to help could cause currency weakness, stoking further civil unrest against President Alexander Lukashenko. With $115 billion in liquid assets, Moscow has plenty of rainy-day funds. But the resurgence of Covid-19 and falling real incomes mean it won’t want to waste them. (By Dasha Afanasieva)

Remember me? The Australian government is finally taking China to the World Trade Organization over Beijing’s triple-digit duties on wine exports. At issue are politics: the Chinese embassy Down Under recently leaked a list of 14 grievances, none of which had anything to do with trade, much less trade in wine. Moreover, Canberra’s call for an international inquiry into the origins of the coronavirus and other actions have resulted in trade barriers against a wide swathe of Aussie products.

Beijing has a track record of weaponising commerce. Its attacks on South Korean brands following Seoul’s placement of a U.S. missile defence system gave a brutal preview of its firepower in 2017. In addition to duties, China has nearly 3,000 non-tariff barriers in place, more than the entire European Union.

The WTO has been much diminished by President Xi Jinping, who has upheld its brand but crippled its utility. It is unlikely a ruling in Australia’s favour will come quickly or make an economic difference if it does. But it would embarrass China, and that might be the point. (By Pete Sweeney)

Substitute ingredient. Kerry Group is swapping meats for additives. The $22 billion Irish company on Monday said it was buying preservative maker Niacet for 853 million euros, days after announcing the sale of its consumer meats and meals business. The deal will benefit from the push to reduce food waste and also helps Kerry in its transition from consumer food brands to higher-margin ingredients.

Kerry is paying an enterprise value of more than 15 times Niacet’s estimated EBITDA for 2021. Amsterdam-listed Corbion, which has a similar ingredients business, trades at a forward multiple of almost 18 times, according to Refinitiv data. The cherry on top is that Kerry should be able to outperform the market – which it expects to grow by a mid-single-digit rate – by plugging Niacet into its sales network. All in all, private equity seller SK Capital may have been able to eke out a higher price. (By Dasha Afanasieva)

Stoking the fire. Aussie building-materials maker Boral has just made its best case for shareholders to hold off selling stock to Seven Group – by offloading much of its U.S. business. Billionaire Kerry Stokes’ conglomerate last month made a $6 billion nil-premium offer for the company it owns almost a quarter of, a brazen tactic to boost its stake to around 30% and perhaps claim a second board seat.

Boral’s first riposte was to repurchase shares above Seven’s price. It also published advisory shop Grant Samuel’s estimate that the company is worth 40% more than Stokes offered, to little effect.

Hawking most of its U.S. business – flagged last year – could have more import. At $2.2 billion, boss Zlatko Todorcevski bagged up to 20% more than Grant Samuel’s valuation for the unit, and, although precise numbers are lacking, probably close to the almost 13 times 2020 EBITDA that LafargeHolcim recently paid for Firestone Building Products. That won’t be enough to deter Stokes, but suggests Todorcevski can push him for a better deal. (By Antony Currie)

The Netflix logo is pictured on a television remote in this illustration photograph taken in Encinitas, California, U.S., January 18, 2017.