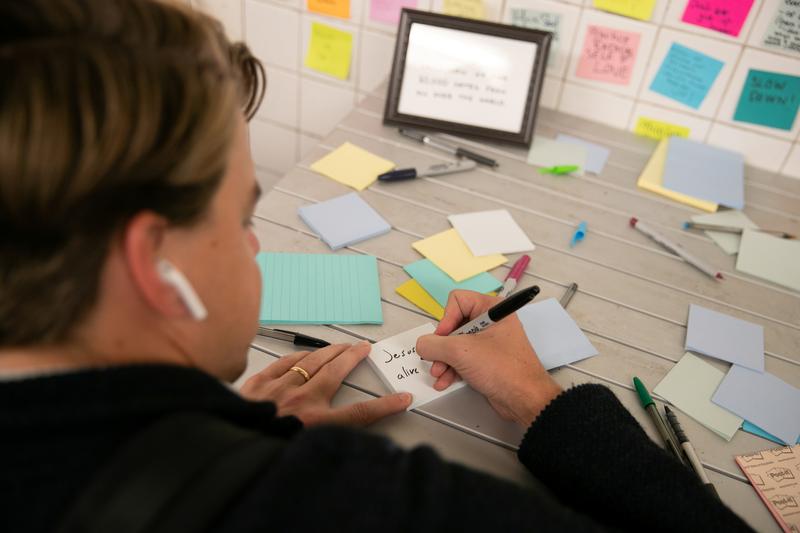 Sticking together. Doing deals may not fix 3M’s problems. Even if it could, the U.S. industrial group might struggle to get Wall Street’s most skilled advisors to help. The maker of Post-It Notes, which on Tuesday said it would spin off its food safety business, has paid Wall Street around $320 million in fees in more than two decades, just 5% of what General Electric has generated, and far less than Siemens and Johnson & Johnson, according to Refinitiv estimates.

As conglomerates go, GE, which has handed nearly $7 billion to investment banks including JPMorgan and Goldman Sachs since 2000, has done better over the short term. Its shares have returned almost 70% over the past three years including dividends, whereas 3M’s total return is flat even though it is a big dividend payer.

But GE’s shareholders might wonder if they got the right long-term advice. Since the turn of the millennium, 3M’s total return has been more than 400%, while GE shareholders are around 55% worse off than 21 years ago. 3M may lack good ideas, but at least it didn’t pay for bad ones. (By Lauren Silva Laughlin)

Back-pac. A vote of nearly 29% against Westpac’s executive compensation is more serious than it looks. Australian corporate governance rules dictate that shareholders can eject the board if a quarter or more of them reject pay proposals again next year, but this year’s ballot also reinforces how precarious Peter King’s position as chief executive is becoming.

He’s only two years into the role, having been promoted from finance chief after the bank took a bruising from a major regulatory investigation. King is struggling to fix many problems, not least of which are high costs. They helped restrain return on equity to just 7.7% in the 12 months to Sept. 30. King wants to slash A$3 billion ($2.1 billion) of A$11 billion in annual core expenses by 2024, but so far has only provided an “illustrative pathway”.

Westpac’s stock price is up 8% this year, the worst performance among the country’s big four, and trades barely above its expected book value, per Refinitiv. If that doesn’t improve quickly, King will be dethroned. (By Antony Currie)

The show must go on. Debt-laden Cineworld is running out of luck. A Canadian court ordered the London-listed cinema chain to pay C$1.23 billion ($957 million) to rival Cineplex as damages for abandoning a planned takeover in 2020. The good news: Cineworld plans to appeal, which might take another year, so it doesn’t expect to pay the damages soon.

A 27% slump in Cineworld shares on Wednesday morning suggests investors are understandably taking a grimmer view. The potential fine compares scarily to Cineworld’s newly shrunken market capitalisation of just $600 million. Worse, net debt as of June excluding leases and other add-ons stood at $4.6 billion, 2.6 times the 2022 EBITDA that analysts compiled by Refinitiv expect Cineworld to generate. The uncertainty of the Omicron variant means that EBITDA level may also come down. Hence the potential claim might be in excess of Cineworld’s ability to pay.

Given that the current leverage means it’ll be hard for the company to raise new debt, the group might have to sell assets to raise capital. A potential listing of its business in the United States, which accounts for 70% of group revenue and has that country’s second-largest cinema chain, would be one way out. But given Cineworld’s plight, that or any other asset sales would have to be competitively priced. (By Karen Kwok)

Net benefit. Aussie-rules football, cricket and rugby are the sporting champions Down Under, but Silver Lake is aiming to give soccer a financial kick. The private equity shop is paying $100 million to buy one-third of the Australian Professional League, which oversees the major men’s and women’s clubs.

The deal values the organisation at nearly 7 times revenue for the financial year before the pandemic hit. Although it’s a somewhat crude comparison given the differences between a league and an individual team, the multiple is similar to what Silver Lake paid for a 10% stake in Manchester City’s owner two years ago. The British club also owns the Melbourne City team, helping provide some insight into Australian soccer.

The APL is just starting life as a standalone business after separating from Football Australia a year ago. It wants to invest more in e-sports and expand its roster of 13 franchises. Silver Lake’s investment should help, and give hope to underdog athletes everywhere. (By Antony Currie)