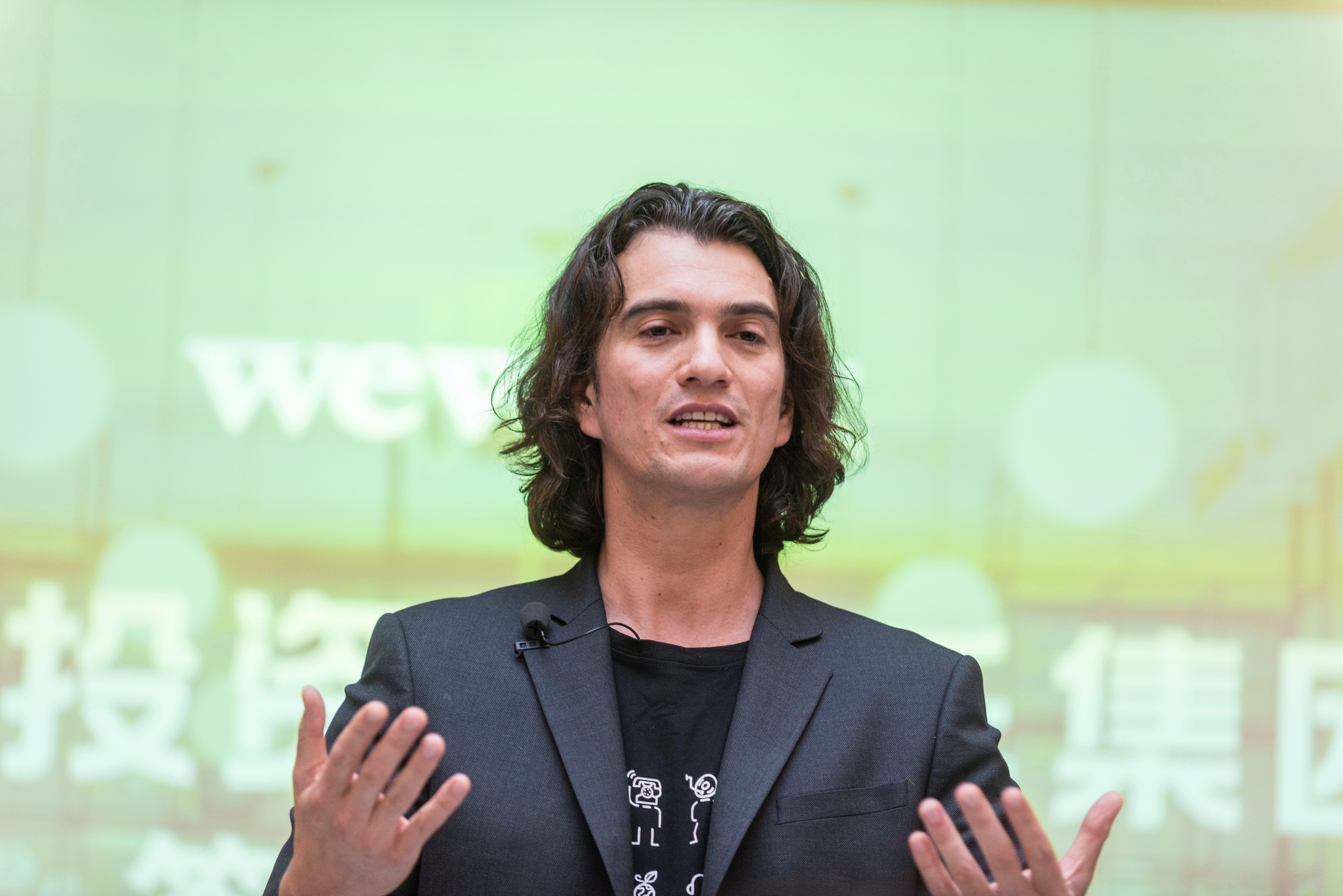 Adam had ’em. Paying Adam Neumann handsomely for failure may be the price of taking WeWork public. The office-sharing company’s co-founder, ousted after a planned initial public offering cratered in 2019, is negotiating a deal with SoftBank Group, according to Reuters.

As part of its rescue of the cash-burning WeWork, SoftBank originally agreed to buy stock from early investors including Neumann, giving him some $1.7 billion in total including other benefits. Masayoshi Son’s company later backed away, claiming conditions to its offer hadn’t been met.

A chastened and streamlined WeWork could finally go public by selling itself to one of myriad special-purpose acquisition companies seeking targets. That’s an incentive to tie up loose ends like Neumann’s conflict with SoftBank. A new deal could involve a $500 million reduction in the former WeWork boss’s payoff. This is a big number – but not as big as the reward he will still collect for his contribution to a spectacular corporate implosion. (By Richard Beales)

Canary Morph. Noel Quinn will be hoping his plan to shed office space is more successful than one of his predecessor’s. The HSBC chief executive on Tuesday declared his ambition to shrink the global bank’s property footprint by 40% in the long term as employees shift to more flexible ways of working after Covid-19.

The target does not include branches, or HSBC’s headquarters in London’s Canary Wharf. Nevertheless, the plan recalls a previous CEO’s ambitions to reduce his commercial rent bill. Back in June 2007, HSBC’s then-boss Michael Geoghegan announced that he had challenged his team to empty half the head office and sublet it to somebody else. The declaration raised eyebrows, not least because HSBC had sold the building to Spanish property investor Metrovacesa for more than 1 billion pounds a few months earlier. HSBC bought back the building for a lower price a year later. (By Peter Thal Larsen)

Good things come. Wells Fargo is U.S. finance’s biggest doer-upper. The $2.1 billion sale of its asset management unit on Tuesday shows the lumbering lender, still clawing its way back from a giant fake-accounts scandal, is at least moving forwards.

True, the price is equivalent to just 0.35% of the unit’s $603 billion assets under management, less than recent big asset management deals. Nor does it address Wells Fargo’s bigger problem: A ban from the Federal Reserve on getting bigger until boss Charlie Scharf can prove the lender has changed its ways.

That moment is getting closer, though. The Fed has in theory approved boss Scharf’s overhaul plan, Bloomberg reported last week. There’s plenty of ground to regain given Wells Fargo trades at less than half the forward price-to-book ratio of peer JPMorgan.

Scharf has an incentive to close the gap. His sign-on package of $44 million in stock is, on paper, worth just $35 million today. That’s a powerful motive to keep up the momentum, and the share price. (By John Foley)

Slimming down. Amanda Blanc is making progress on her to-do list. The Aviva chief executive on Tuesday announced the sale of the insurer’s French unit for 3.2 billion euros to French insurer Aema. The sale will increase her excess capital by over 2 billion pounds and is valued at 0.8 times the 15 billion pound UK insurer’s Solvency II own funds, in line with proceeds from Chinese insurer Anbang’s sale of Vivat last year.

Without France, Aviva is a simpler company consisting of the United Kingdom, Ireland and Canada. That may make it more attractive to suitors. After all, peer RSA Insurance was gobbled up by Canada’s Intact Financial and Denmark’s Tryg for over 7 billion pounds last year. Aviva’s share price is also off 25% over the past three years, underperforming peers. It may not be long before Blanc is fielding offers as well as making them. (By Aimee Donnellan)

Castaways. Cruises are renowned for their gargantuan all-you-can-eat buffets. Cruise company Carnival is stuffing its face again with a $1 billion equity raise – its third such helping after Chief Executive Arnold Donald feasted on a combined $2.5 billion in share offerings late last year. It’s not clear that Donald needs the financial calories this time round: Carnival had cash to ride out 15 months of zero sales, assuming monthly cash burn of $600 million, at the end of 2020.

Despite ships remaining moored, investors can’t seem to get enough: shares are priced at a mere 3% discount to Monday’s close. It coincides with optimism that vaccination success in the United States and Europe may at least allow Carnival’s baby-boomer demographic to travel freely again: shares in tour operator Tui, along with airlines easyJet, Ryanair and International Airlines Group, spiked by between 4% and 8% on Tuesday after the UK announced plans to lift curbs by summer. Shareholder largesse means HSBC reckons Carnival’s net debt should decline to around $22.4 billion, equal to 5 times forecast 2022 EBITDA, according to Refinitiv data. That still leaves a strong peril of seasickness. (By Christopher Thompson)

Pumped up. Goodyear Tire & Rubber can put a positive spin on its plan to buy Cooper Tire & Rubber for $2.8 billion. Although the target secures a 24% uplift on shares already trading at a four-year high and keeps some possible upside with a 16% stake in the combined company, it’s the buyer burning rubber.

Some $165 million of expected synergies, taxed and capitalised, are worth considerably more than the premium, per Breakingviews calculations. It requires putting them on a lower multiple than the conventional 10 times to balance things out. Even then, Goodyear reckons the acquisition will yield additional value worth $450 million today from tax benefits. And there may be separate manufacturing savings to come.

Moreover, the implied return on investment from a deal that would nearly double Goodyear’s presence in China, assuming Cooper generates the operating profit analysts expect, is more than 14%. That should help put Goodyear on a roll. (By Jeffrey Goldfarb)