27 May 2021 By Breakingviews columnists 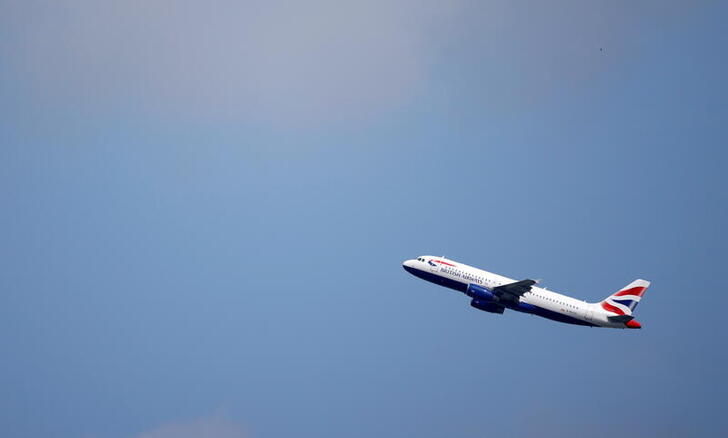 Taking off. Airbus is back in the saddle. Shares in the European aviation giant rose 10% on Thursday after it told suppliers to brace for a production liftoff, particularly of its A320 short-haul workhorse. Significantly, Airbus said that in two years it wanted to be churning out 64 of those birds per month, from 40 currently, and might go as high as 75 by 2025. As a yardstick, the $103 billion firm’s pre-crisis monthly record was 60.

The punchy production call, which also fuelled gains in engine makers like General Electric, France’s Safran and Britain’s Rolls-Royce, piles the pressure on $141 billion rival Boeing, whose shares also achieved liftoff. Production of its equivalent jet, the 737 MAX, was halted in 2019 after two fatal crashes. It hopes to hit 26 per month by the end of 2021. On current trajectories, Airbus has a shot at being the world’s biggest plane maker. (By Ed Cropley)

Flood Gates open. Rich guy and Microsoft founder Bill Gates is, as the world knows, getting divorced. Since the announcement of the split, Gates has come under fresh scrutiny, including over his contacts with convicted sex offender Jeffrey Epstein and a prior consensual relationship with a Microsoft employee. An investigation years later into the latter by Microsoft’s board coincided with Gates’ resignation as a director in 2020, according to the Wall Street Journal.

Now Cascade Investment, the huge private vehicle that manages assets for Gates and for the Bill & Melinda Gates Foundation, is also in the crosshairs. Investment chief Michael Larson engaged in “a pattern of workplace misconduct” according to multiple New York Times sources, some but not all instances of which he denies, the newspaper said.

The statement issued by Gates and his wife Melinda suggested their charity, a force in global public health with more than $50 billion in total assets, will continue under their joint leadership. That may be the intent, but the airing of dirty laundry could easily undermine Bill Gates’ future influence at the foundation. (By Richard Beales)

Hard to kill. If only Bayer’s lawyers were as successful in tackling unwanted problems as its Roundup weedkiller. Shares in the 51 billion euro German group fell 5% on Thursday after a U.S. judge threw out its plans for handling future cancer litigation surrounding the product. Bayer said it would not increase the $2 billion already set aside for potential new claims. But shareholders looking for concrete legal alternatives might be disappointed.

Bayer and the U.S. government say Roundup is safe. Yet the firm has already spent $9.6 billion settling a class action suit with Americans who said it gave them non-Hodgkin lymphoma. If a planned review sees Bayer stop selling its weedkiller in the U.S. residential market, it could mean a 300 million euro sales hit. Based on Bayer’s 26% EBITDA margin and 8 times trading multiple, that equates to just over 600 million euros of value, a fraction of the 2.5 billion euros shed on Thursday. Investors are bracing for a worse outcome. (By Ed Cropley)

Right on cue. China’s NetEase is shoving its music-streaming business into the spotlight at a good time. The $78 billion video-games developer just unveiled plans to list its 62%-owned Cloud Village in Hong Kong. Details are scarce, but the subsidiary, which raised money at a mooted $7 billion valuation in 2019, is looking to raise $1 billion, IFR reported, citing unnamed sources.

Beijing’s newly aggressive trustbusters are looking into Tencent Music, however, and may force it to unwind past acquisitions and surrender exclusive licensing deals with major record labels. NetEase also recently struck a deal with Sony Music Entertainment, suggesting the pressure is having an effect. These harmonising events should make the spinoff a hit. (By Robyn Mak)

Border patrol. Isolation is starting to work against Australia. Its zero-tolerance approach to Covid-19 is putting the state of Victoria, where Melbourne is located, back into a week-long lockdown after a fresh outbreak. A five-day closure in February cost businesses more than an estimated A$1 billion ($774 million). This freeze could be more painful, given the government has started cutting back financial support.

The revived contagion puts the spotlight on the country’s slow vaccine rollout and on Prime Minister Scott Morrison’s willingness to keep borders closed through mid-2022. Low case numbers have contributed to a relaxed attitude toward jabs by many citizens. Fewer than 2% of Australians have been fully inoculated so far.

But this hermetic border seal is starting to worry boardrooms. Supermarket chain Coles has warned about how low immigration would hurt sales, and on Thursday fruit grower Costa’s shares tumbled 24% after it said virus restrictions and labour shortages would create challenges. The day of reckoning for Australian reclusiveness is drawing nearer. (By Jeffrey Goldfarb)

British Airways Airbus A320 aircraft takes off from Heathrow Airport in London, Britain, May 17, 2021.