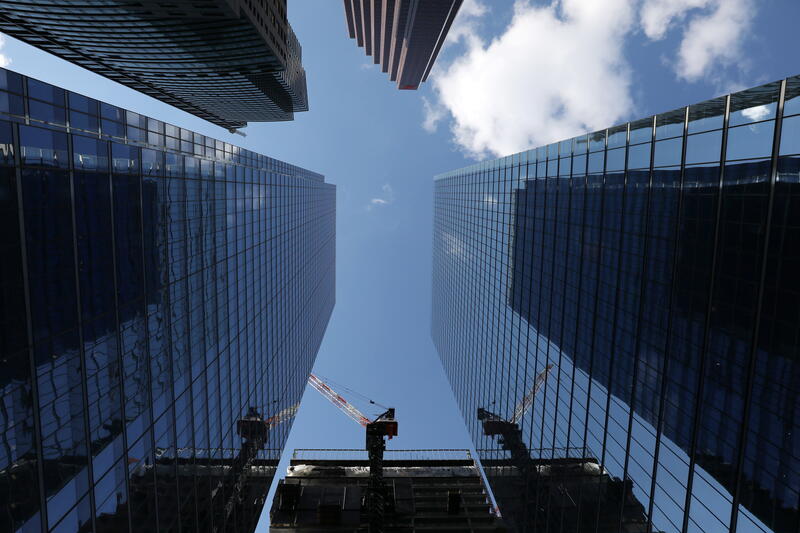 Bigger in Texas. Oil isn’t the only hidden treasure in the Lone Star state. Brookfield Asset Management Reinsurance, an arm of the Brookfield financial empire, is paying $5.1 billion for Texas-based insurer American National. The key is Brookfield’s taste for risk and the American National controlling family’s aversion to it.

Insurers are popular targets for private equity firms like KKR and Blackstone, which reinvest policyholders’ contributions into their own deals. The sprawling Brookfield, which includes Oaktree Capital, has plenty to draw on, from infrastructure to private credit.

American National, majority owned by the Moody family, is unusually suitable. It pronounces itself conservatively run, reflected in its meager 7% average annual return on equity over the past three years. Brookfield can notch up risk while still playing it fairly safe.

The Moodys’ conservatism may explain the low valuation too. Even with a 55% premium, Brookfield is paying less than American National’s net assets, while insurers generally trade just above, according to Refinitiv. If not a profit gusher, the deal should provide at least a healthy trickle. (By John Foley)

Out of the gutter. Macquarie is poking around in murky British waters. The Australian bank’s infrastructure management arm on Monday bought a majority stake in Southern Water for 1 billion pounds as part of a recapitalisation that will dilute existing owners, including UBS Asset Management and Hermes Investment Management.

The company, which serves the counties of Kent, Sussex and Hampshire, has a patchy history. It recently paid a 90 million pound penalty, the sector’s biggest, for dumping sewage in rivers and off coasts. Macquarie is pledging to cut Southern’s debt, beef up governance, invest in new infrastructure and adopt a “zero tolerance” policy to pollution.

Assuming Macquarie takes a 62% equity stake, its investment – including debt – values Southern at less than 110% of its regulatory capital value, a metric used to value British water companies, according to a Breakingviews calculation. Rival Pennon trades at a nearly 40% premium, according to RBC analysts. Macquarie is not paying a steep price, but it probably faces a long wait for a decent return. (By Neil Unmack)

Head rush. Richard Branson’s recent trip to edge of space appears to have gone to his head. The British tycoon now wants to list his loss-making Virgin Atlantic airline on the London Stock Exchange, Sky News reported on Saturday. Admittedly, the carrier has undergone a radical overhaul since its brush with death last year. Yet the uncertain future for air travel, especially for businesspeople crossing the Atlantic, will make for a bumpy ride.

Even before last year’s 864 million pound net loss, Virgin Atlantic was struggling with financial altitude. It hadn’t turned a profit since 2016, unlike arch-rival British Airways. In 2019 its net debt was 5 times EBITDA, a metric that’s unlikely to have been helped by last year’s 1.2 billion pound rescue package. To cap it all, U.S. budget carrier JetBlue is launching a transatlantic service. An initial public offering would be the ultimate test of public market investors’ nerves. (By Ed Cropley)

The deal values the unit at more than 8 times trailing earnings in the 12 months to the end of June, compared to the less than 7 times Citi’s own worth currently commands. And it’s a juicy 1.25 times book value, whereas Citi as a whole trades at a lowly 80% of net assets.

It’s a small operation for Citi, though, accounting for less than 1% of earnings. NAB won’t do too badly: Expected cost savings alone are enough to cover three-quarters of the purchase price, although Citi’s Australian mortgage book is shrinking, integration costs look high and NAB reckons the deal will only “marginally” improve returns. The bragging rights belong in New York. (By Antony Currie)

Growing appetite. Delivery Hero has a strange appetite for holding shares in its competitors. The 33 billion euro German food delivery company has built up a 5% stake in Deliveroo, worth nearly 300 million pounds using Friday’s share price, according to a Monday filing from the newly listed UK group. Deliveroo shares promptly rose more than 9%.

Delivery Hero already owns 7.4% of Just Eat Takeway.com and has invested in startups Glovo and Rappi. It may also have spotted a bargain: Deliveroo trades at more than 2 times expected 2022 sales, using Refinitiv estimates, while Delivery Hero and Just Eat Takeaway are valued at an average of 3.5 times.

Nevertheless, the logic is hard to divine. Deliveroo boss Will Shu has over 50% of the voting rights, meaning any takeover would have to be friendly. The German group also lost 1.4 billion euros after tax on 2.5 billion euros of sales in the year to December. Building passive stakes in rivals seems an odd use of scarce cash. (By Karen Kwok)

Unravelling threads. Shein, the highly Instagrammable Chinese fast-fashion company, is being hauled over the coals. The company, estimated 12 months ago to be worth $15 billion, failed to make UK-mandated public disclosures about its working conditions and had stated falsely that it relies on factories certified by international labour standards organisations, according to a Reuters exclusive.

Unlike Zara’s owner Inditex and H&M, Shein is a private company so doesn’t have to reveal much about its operations. And accusations of wrongdoing don’t necessarily hit the top line. British online fashion retailer Boohoo’s revenue surged 32% in the three months to the end of May, about two months after U.S. authorities decided to investigate claims of poor supply-chain work practices.

That’s not the only number to focus on, though. Thanks in part to growing concern from activist investors, Boohoo’s market value has fallen over 20% since March. Gen Z buyers of $3 crop tops aren’t the only ones who can determine what’s fashionable. (By Sharon Lam)

A construction crane is seen above Brookfield's Bay Adelaide North, the third office tower to be constructed at their Bay Adelaide Centre complex property in Toronto, Ontario, Canada April 14, 2021.