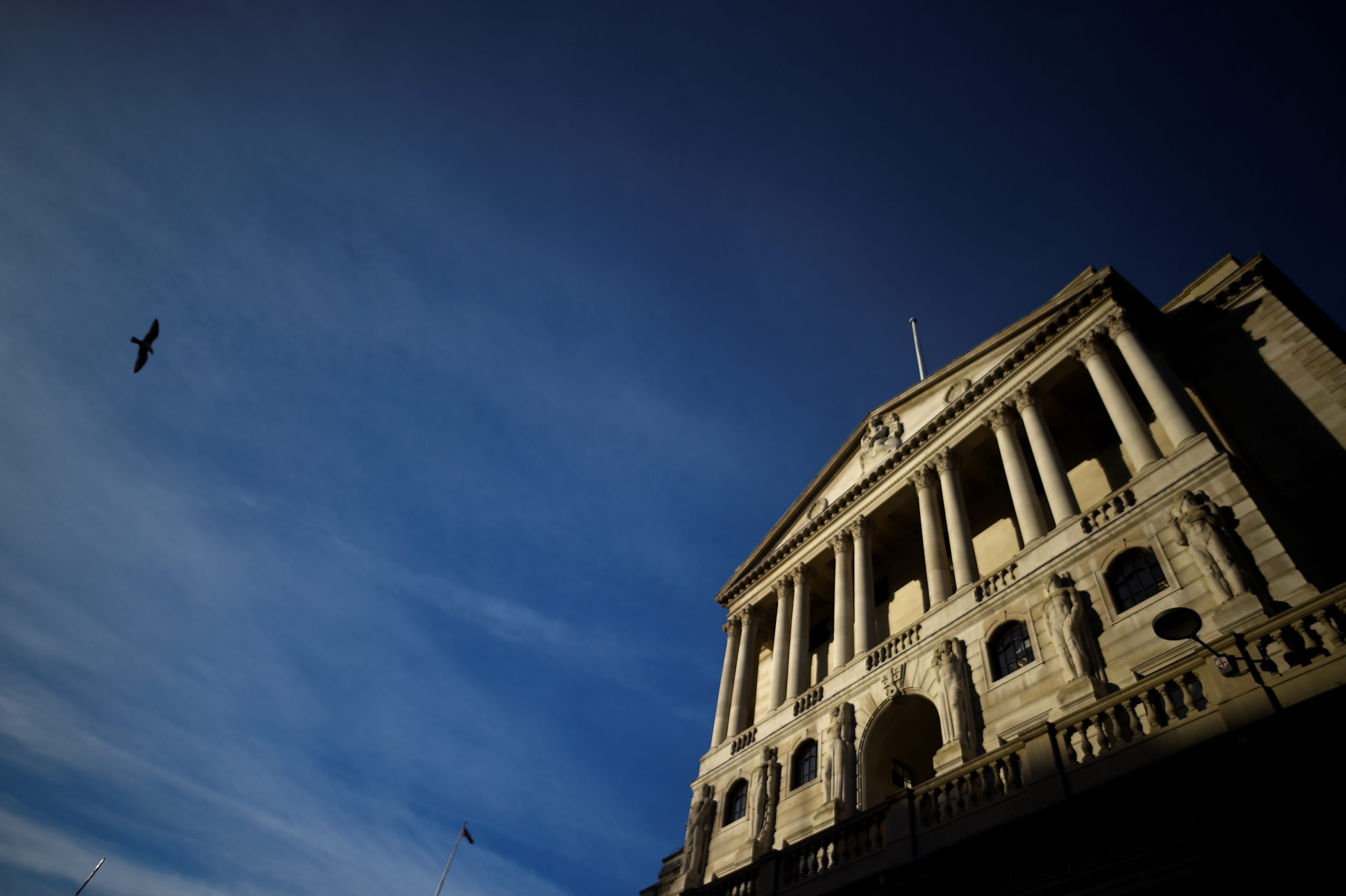 Climate worriers. The Bank of England is taking on climate change. UK Chancellor Rishi Sunak has updated the central bank’s monetary policy remit and its target to support the government’s economic policies. Growth should now be “environmentally sustainable” and “consistent with the transition to a net zero economy”. The European Central Bank too is mulling similar moves: Banque de France Governor Francois Villeroy de Galhau last month gave a speech on the role of central banks in “greening the economy”.

Central banks could do a lot: they can stress test banks for climate exposures, or could use bond buying programmes to drive down funding costs for green companies. The BoE is moving in that direction: it said on Wednesday it will now adjust its 20 billion pound corporate bond programme to account for the climate impact of the companies’ whose bonds it holds. Yet investors are already piling into green bonds and other sustainable debt. The risk for central banks is that they end up distorting prices in an unhealthy way. They will probably err on the side of caution. (By Neil Unmack)

Until death. France should take advantage of yield-famished investors while it still can. That’s the message from legendary financier George Soros, who on Wednesday called for President Emmanuel Macron to issue perpetual bonds, pointing to already high demand for long-dated debt among pension funds and insurers who need to match their lengthy liabilities: the yield on French debt maturing in 2072 is currently just 90 basis points.

That makes sense – but a related argument that they may lower France’s dues is more provocative. Plainly, state finances need some fixing: the Banque de France reckons debt to GDP will reach 120% by 2023, roughly a fifth higher than its pre-crisis level. To lower that with perpetual bonds, however, means investors would have to buy the controversial argument that they wouldn’t count as debt because the principal doesn’t have to be repaid. And history is a mixed guide: following the end of the Second World War, British perpetual debt – known as “consols” – lost almost all their value over the ensuing decades as inflation reemerged. At least Macron need not worry about that yet. (By Christopher Thompson)

Building bridges. The American Society of Civil Engineers is reminding lawmakers why President Joe Biden’s major infrastructure spending plans will be worth backing. The society’s latest quadrennial report gave the nation’s roads, bridges and important networks a decidedly mediocre C-minus grade. Granted it’s the first time the mark has climbed out of the D range in 20 years, thanks in part to B grades for America’s rail and port facilities. But there’s an estimated $2.6 trillion gap between the needed investment and what’s planned over 10 years. That is even wider than in the 2017 assessment.

Biden has promised a bipartisan approach to major infrastructure spending in the United States once his $1.9 trillion Covid-19 relief package makes it through Congress. His huge climate-centered spending ambitions could meet resistance in a finely balanced Senate. Still, optimistic investors hope that Donald Trump’s failure to get serious infrastructure efforts off the ground won’t be repeated. Whatever Biden aims for, the private sector remains ready to get involved – if U.S. officials are willing to have them. (By Richard Beales)

Green bashing. Few things focus a chief executive’s mind more than a large thwack to his or her back pocket. With that in mind, activist Cevian Capital wants to tie executive pay directly to a company’s performance on areas like carbon emissions. Key to changing behaviour, rather than simply producing more aspirational guff in places like Davos, is making targets specific, measurable and short term.

Taper Tantrum. Guo Shuqing, China’s top central bank official, has occasionally startled markets with not-quite-on-script comments. He did so again on Tuesday, saying he “expects lending rates to rebound” along with rising interest rates. He did not elaborate, and stock benchmarks dropped 1% after the speech. To settle investors down, the China Banking and Insurance Regulatory Commission issued a statement that Guo was not signalling for a hike, but rather withdrawing other supportive policies.

Even that might be risky. China’s economic revival is unbalanced regionally and structurally, buttressed by export demand that may soften soon, and on double-digit money supply expansion for most of 2020. With global inflation expectations rising even as foreign hot money pours into Chinese assets, Guo’s currency playbook may get tested. Recent business activity indicators have shown signs of cooling, even as defaults continue apace, complicating Guo’s management of interest rates in the core interbank market. He may need to find a new script. (By Pete Sweeney)

Business interrupted. The pandemic may be the least of Hiscox’s problems. The 3 billion pound insurer, which has set aside $475 million for lockdown-driven business interruption insurance claims, said on Wednesday that its retail business is misfiring and will not return to profitability until 2023, a year later than previously forecast. It also reported a pre-tax loss of $267 million. The news wiped 12% off Hiscox’s share price.

Glitches in its core business may be difficult to resolve. Hiscox’s unit in the United States has been hurt by a wave of liability claims against companies and directors. To avoid any further hits, Chief Executive Bronek Masojada is pulling back from offering this cover to large corporations, a move that is likely to dent future growth. He’s also pushing ahead into the new, less developed cybersecurity market. Despite Wednesday’s fall, Hiscox is still valued at 15 times forward earnings, above the 12 times average of UK peers, according to Refinitiv data. That premium valuation looks increasingly hard to justify. (By Aimee Donnellan)

Seizing the moment. EDP Energias de Portugal is making good use of the renewable energy valuation bubble. The Iberian energy group’s majority-owned 15 billion euro green-power subsidiary, EDP Renovaveis, raised 1.5 billion euros on Wednesday to help pay for its plans for 20 gigawatts of new solar and wind capacity by 2025. The timing could be better: EDPR shares have fallen by a quarter from their peak in January. However, they are still up by nearly two-thirds since the start of 2020, as investors bet on massive green investment as part of Covid-19 recovery plans.

In all, EDPR reckons it’s going to need 19 billion euros to finance its green growth. Most will come from internal cash flow or selling stakes in existing projects. The question is whether all that investment will pay off. Utilities and other investors are all pouring money into renewable assets, bidding up prices and depressing returns. Total boss Patrick Pouyanné has even warned of a bubble. EDP is smart to tap investors sooner rather than later. (By Ed Cropley)

A bird flies past The Bank of England in the City of London, Britain, December 12, 2017.