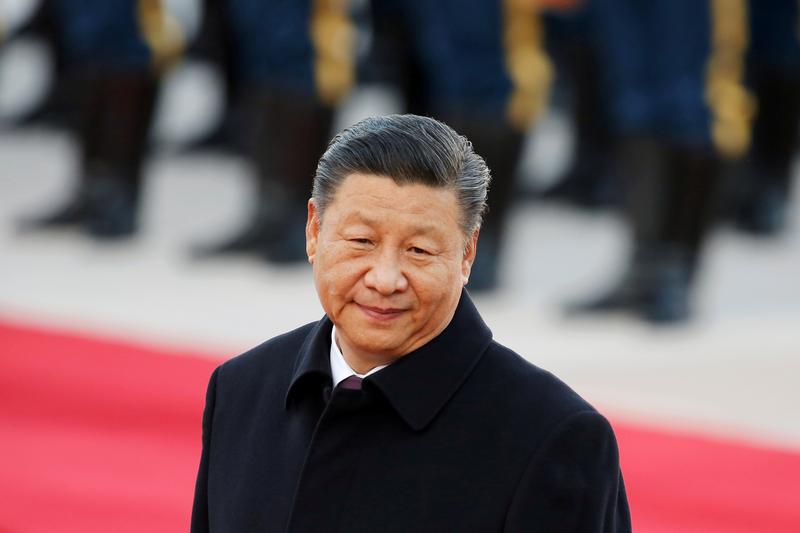 Back channels. China has formally applied to join the Comprehensive and Progressive Agreement for Trans-Pacific Partnership, shortly after the United States and the United Kingdom decided to arm Australia with nuclear-powered submarines to contest Beijing’s naval assertiveness. It’s cheeky for President Xi Jinping to try to enter a trade pact specifically designed by frustrated U.S. trade negotiators to contain Chinese state-owned enterprises. The leader may not even be willing to make the concessions that would persuade sceptical trade partners like Japan to admit it. But that might not be the point.

President Joe Biden has not restarted entry negotiations into the CPTPP, already signed by 11 countries with a combined economic output of around $14 trillion, thanks to domestic opposition. China’s application merely reinforces its argument that it is a bigger fan of free trade than the White House is. And it shows that Beijing is unwilling to compartmentalise negotiations with Washington or Canberra. Military moves can be countered by economic ones while climate cooperation will require U.S. concessions elsewhere. Who is containing whom? (By Pete Sweeney)

Sixth sense. Investors are following their noses. On Friday EQT-owned Azelis, which makes personal care fragrances and food flavourings, rose 13% on its market debut in Brussels. The listing valued the company, which also makes chemicals for household products as well as glues and sealants, at over $7 billion.

Private equity group Apax Partners sold Azelis to EQT in 2018. A speedy float can be explained by a blossoming sector: $46 billion Swiss rival Givaudan is up 22% this year. No wonder. Smells and tastes are big consumer goods trends in sectors like health, nutrition and fancy skincare. Even though their input costs are rising, price rises are easier to pass on to richer business customers without ramping up marketing spend to persuade them.

Kerry, Tate & Lyle and Royal DSM have already refined their recipes. Azelis could copy DSM and split off its industrials unit. Plus, with Givaudan and Symrise among a handful of big players, some bigger M&A could be cooking. (By Dasha Afanasieva)

Too cool. The camping-fridge market is in danger of overheating. Sweden’s Dometic, a $5 billion maker of motorhome gadgets, is shelling out a cool $677 million for Igloo, a Texas company that makes chillers fit for the great outdoors. The transaction offers few efficiency gains – after all, there’s minimal overlap between Igloo’s beer coolers and Dometic’s suite of caravanning accessories. A slowdown in the pandemic-driven camping boom is another risk.

Currently, private equity-owned Igloo is on fire. Revenue grew 24% in the last 12 months to $401 million. Yet sustaining that looks tough as the health crisis ebbs. Assume growth slows to 10% but Dometic keeps Igloo’s 10% EBITDA margin while cutting capex to zero. After $5 million of stated annual cost savings and Sweden’s 21% corporation tax, the deal offers only a 6% return on investment. In reality, depreciation charges will depress that further. Dometic thinks its cross-selling opportunities will bring in an extra $150 million of revenue. Its investors will be hoping that’s right. (By Ed Cropley)

(The Azelis item has been corrected in the second paragraph to remove reference to Azelis as a carveout of Akzo Nobel, and add a reference to Apax Partners.)

Chinese President Xi Jinping attends a welcome ceremony with Brazilian President Jair Bolsonaro (not pictured) outside the Great Hall of the People in Beijing, China, October 25, 2019.