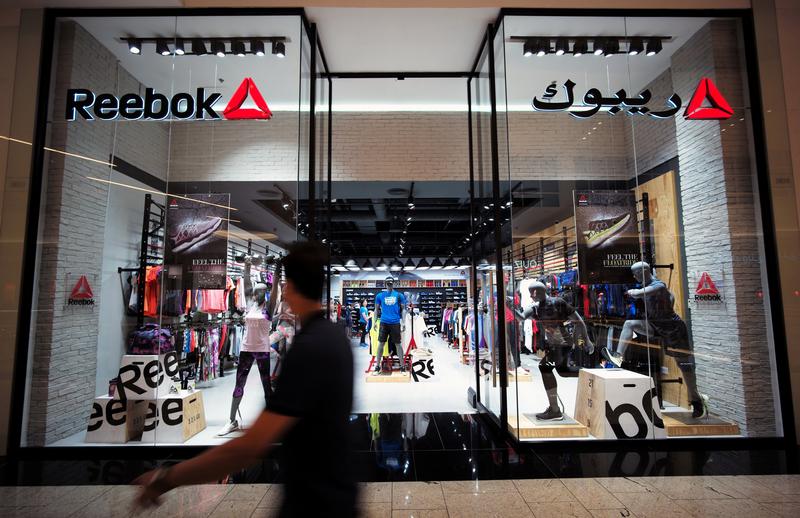 Bargain brand. Authentic Brands may have found treasure in Adidas’s bargain bin. The owner of the rights to Elvis Presley and Brooks Brothers is buying sportswear retailer Reebok from the German maker of Crazy Hustle sports shoes for up to 2.1 billion euros. It looks like a relative steal.

While the headline valuation is higher than many analysts expected, it still reflects the decline of Reebok since Adidas paid 3.1 billion euros for it 15 years ago – even after allowing for the earlier sale of some brands for 400 million euros. Moreover, the price tag is around 1.5 times Reebok’s 2020 sales, while Adidas as a whole is valued at over 3 times its trailing revenue.

That’s just as well for Authentic Brands Chief Executive Jamie Salter. He has his work cut out rejuvenating Reebok and a host of other has-been labels including Aeropostale, Juicy Couture and Forever 21. The company recently filed to go public in the United States, so investors will be watching his form. (By Aimee Donnellan and Dasha Afanasieva)

Taking stock. CVC is taking a shot at Eastern European drinkers. The private equity firm announced on Thursday it’s paying around 800 million pounds for London-listed Stock Spirits, which sells vodka and bitters in countries including Poland, Slovakia and Croatia.

A premium of more than 40% to Wednesday’s closing share price is not as exuberant as it looks. Including debt, CVC’s offer values Stock Spirits at around 11 times expected EBITDA for the year to September, according to Refinitiv. Nordic spirits maker Arcus trades at 9 times trailing EBITDA, according to Refinitiv, leaving room for a takeover premium.

CVC hopes Stock Spirits, whose brands include Zoladkowa vodka and Stock 84 brandy, can follow the lead of 84 billion pound drinks giant Diageo by focusing on premium tipples. That could help expand its EBITDA margin from an adjusted 28% in the six months to March.

Any celebrations are premature, though. By midday on Thursday, Stock Spirits shares were trading above CVC’s 377 pence per share offer, suggesting hopes for a rival bid. UK investors may demand another round. (By Dasha Afanasieva)

Action flick. Cineworld Chief Executive Mooky Greidinger is eyeing the meme-stock bandwagon. The world’s second-largest purveyor of popcorn said on Thursday it’s considering listing in the United States, or floating its Regal arm there. Cineworld made over 70% of its revenue stateside in the six months to June, and American stocks are more widely traded. Then there’s rival AMC Entertainment, whose shares have risen 15-fold this year as retail punters piled in.

Cineworld has reasons to keep its options open: the company owes $7.6 billion, roughly 16 times this year’s forecast EBITDA, and may need more capital if Covid-19 variants close cinemas again. Greidinger could pocket a 33 million pound bonus if his company’s stock price trebles to 190 pence. AMC’s market capitalisation is 13 times Cineworld’s $1.2 billion, even though analysts only expect it to generate 20% more revenue next year, according to Refinitiv. Greidinger could use some of that sparkle. (By Neil Unmack)

A man walks in front of the Reebok store at Bahrain City Center in Manama, Bahrain September 17, 2017.