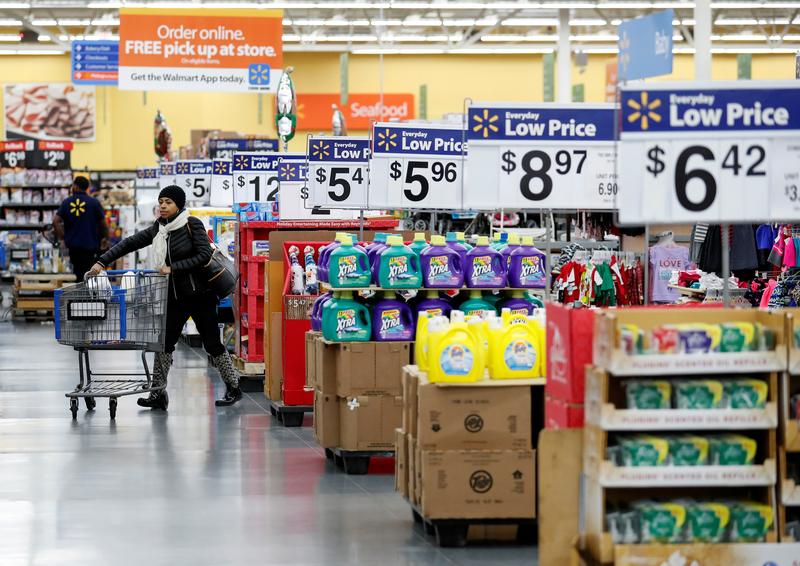 Everything store.  Walmart investors might have more confidence in shoppers than the company. The $422 billion giant’s July 31-ended quarter earnings, released on Tuesday, topped analyst estimates as comparable sales at its U.S. flagship stores excluding fuel rose more than 5% year-over-year. The Arkansas-based firm said it should overcome the headwinds of Covid-19 Delta surge, too, raising its U.S. sales forecast for its current fiscal year.

But it’s not because Walmart has made headway on competing with Jeff Bezos’s online behemoth Amazon.com, necessarily. Walmart clocked just 12% of its sales from e-commerce last year. Sure, its brick and mortar business is different than Amazon’s operations. But that compares with 18% of digital sales at close competitor Target.

Both companies’ stocks have dramatically outperformed Walmart’s since the start of the pandemic, too, with Target’s shares increasing 2.5 times, while Amazon’s have surged more than 70%, compared with a 41% increase at Walmart. Yes, Walmart might have flush customers willing to spend money, but for now, a growing U.S. economy could be masking stalled progress elsewhere. (By Jennifer Saba)

Caffeine jitters. Tim Hortons China is preparing a strong brew. The division of the Canadian coffee and donuts chain, a joint venture between Restaurant Brands International and private equity firm Cartesian Capital, has agreed to merge with special purpose acquisition company Silver Crest Acquisition in a deal valuing its enterprise at nearly $1.7 billion. The Sequoia- and Tencent-backed seller of breakfast wraps and Iced Capps is banking on rising coffee consumption in the People’s Republic.

It’s hardly the only company hoping to cash in on China’s burgeoning café culture. Comparable store sales at Starbucks’ 5,000-plus outlets in the country rose 19% for the third quarter. But the deal values the business at a heady 110 times the adjusted EBITDA that executives hope to make in 2023 – Starbucks’ overall business trades at 18 times – and rests on the company flawlessly brewing growth for several years. Management projects, for example, that it’ll have more than 2,750 profitable stores by 2026, up from 137 stores last year. That’s definitely mug-half-full thinking. (By Sharon Lam)

Après moi, le déluge. A leadership shakeup at China’s troubled Evergrande empire weakens its already-shaky foundations. Founder Hui Ka Yan has unexpectedly stepped down as chairman of the Hengda Real Estate unit, the crown jewel which contributes to most of the listed parent’s revenue. The company claims the change was “normal” and the result of Hengda’s failure to secure a Shenzhen listing.

Investors are unconvinced it’s business as usual at the group, which is on the hook for over $46 billion in short term loans. Evergrande Property Services, where Hui’s sucessor is also general manager, tanked 9%, while other units declined by lesser degrees. Yields on one yuan-denominated Evergrande bond blasted up to 190%.

Chinese companies are often subject to “key-man risk” because authority is traditionally concentrated in the hands of the founder, who owns all the business relationships. If Hui is bailing out himself, that could complicate a much-needed restructuring. On the other hand, he may have become so politically toxic that his departure could actually smooth the way for government intervention. Either way, it’s a nasty surprise for already jittery investors. (By Pete Sweeney)

A customer pushes a shopping cart at a Walmart store in Chicago, Illinois, U.S. November 23, 2016.