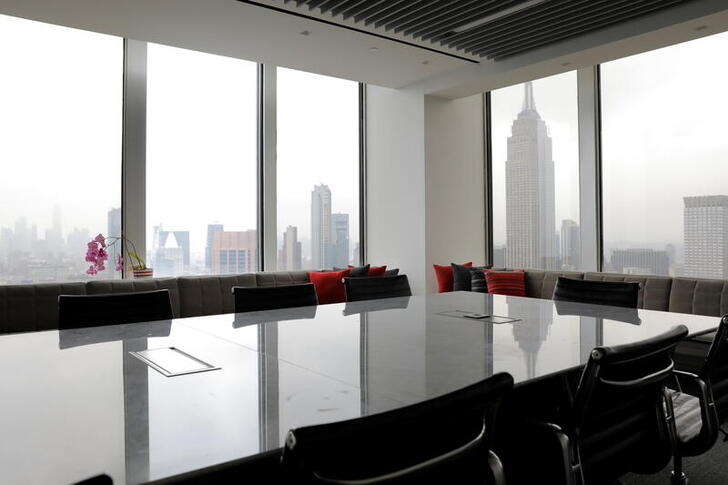 Four walls. There’s quite a lot of money flooding real estate, an industry with uncertain post-pandemic prospects. Barry Sternlicht’s Starwood Capital has raised a new distressed fund with $10 billion of cash. That enables Sternlicht to scoop up properties from hotels to offices.

Some areas of the real estate market, like warehousing, are stronger than ever. That means distressed prices are likely to come from properties that have been dislocated as a result of the pandemic, like office buildings and apartment complexes in larger cities.

Even in more active areas of the United States, like Dallas and Austin, Texas, more than half of employees have yet to return to the office, according to Cushman & Wakefield. Census Bureau data released in August shows the U.S. housing unit vacancy rate at almost 10%, well above the 10-year average of 7%. Those trends should create opportunities for Starwood and others. How the fallout from Covid-19 will play into future occupancy is far from clear. The key for Sternlicht will be staying away from buildings destined to remain empty. (By Lauren Silva Laughlin)

Xi’s not that into you. A COP26 without Xi Jinping would be a hammer blow. UK Prime Minister Boris Johnson has been told that his Chinese counterpart won’t make the trip to next month’s global climate talks, the London Times reported on Friday. With the People’s Republic representing almost 30% of global carbon emissions and its progress towards decarbonisation deemed “highly insufficient”, Xi should ideally be at the table.

China is reeling from an energy crisis and still wary of overseas virus risks, so Xi may feel attendance via web-link is a better look domestically. Yet internationally, it would make the sort of cooperation needed on knotty issues like carbon border taxes a non-starter. Possibly Johnson’s best hope is that previous COPs have also been preceded by frenzied but not always accurate speculation over top-level attendance. Those organising this one will be praying it’s the same case here. (By George Hay)

False positive. Oxford Nanopore Technologies boasts of being at the cutting edge of genome sequencing, which can help predict the future health of patients. The UK life science firm could use the same expertise when it comes to its future financial performance. On Thursday evening, the company raised year-on-year revenue growth guidance on its core Life Science Research Tools arm for 2021 to 60% to 70%, from a previous range of 30% to 40%. The news, which focuses on the part of the group that produces handsets for diagnosis, lifted shares in the 5.3 billion pound company by 14%.

The improved outlook raises questions. Oxford Nanopore only listed on the London Stock Exchange two weeks ago, and published a detailed prospectus outlining its expectations for growth for the coming year. Hence the vast deviation looks odd. The company argues that a wave of new customers in September boosted its performance beyond what it had previously predicted. But like the scientists and doctors that rely on its technology to fight disease, investors may seek more accurate estimates to maintain their confidence in its valuation. (By Aimee Donnellan)

Chuard charred. Investors in Temenos, the $9 billion banking-software specialist, may be losing patience. Shares in the Swiss company run by Max Chuard fell 13% on Friday, eliminating $1.3 billion of equity value, after it released third-quarter results on Thursday evening. There’s nothing particularly bad in the numbers. But shareholders seem to have been hoping that Chuard would hike his targets: Temenos’ share price rose 10% between Oct. 6 and Thursday evening, a period in which it announced new deals. Instead, Chuard reaffirmed his forecasts. Analysts reckon revenue this year will be roughly the same as in 2019, using Refinitiv median estimates.

That’s partly because Temenos now makes more money from subscriptions, where it recognises less income upfront. But it’s still disappointing for a company that hopes to mint money as banks upgrade their back-office systems. The pandemic put a lot of those projects on hold. Chuard’s long-term plan is to hike sales by about 60% by 2025 compared with this year. His investors appear less willing to wait. (By Liam Proud)