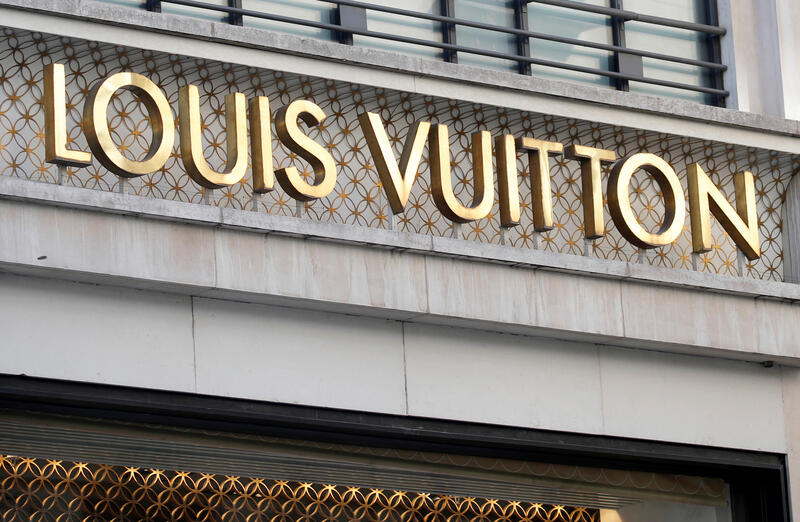 – LVMH back in vogue

Bling bounce. LVMH has bounced back with a vengeance from its pandemic sales sickness. The maker of $2,500 Speedy bags and $6,000 Tag Heuer watches on Tuesday reported first-quarter sales of 14 billion euros, 9% stronger than JPMorgan forecasts. That’s a chunky 32% rebound from the first three months of last year, when revenue dropped 15% year-on-year due to the Covid-19 outbreak. More importantly, it’s 11% higher than the first quarter of 2019, signaling Bernard Arnault’s conglomerate is back in rude health.

The bulk of the recovery came from a 45% jump in Arnault’s fashion and leather division, which makes up nearly half of sales and includes the iconic Louis Vuitton brand. That augurs well for rivals Kering and Richemont, whose empires are more narrowly focused. Sure, vaccination campaigns in the West are not yet over. But if part of LVMH’s success rubs off, the bling sector’s 2020 sickness will be a thing of the past. (By Lisa Jucca)

Trolley problem. Two U.S. health agencies recommended a pause in the use of Johnson & Johnson’s coronavirus vaccine because of a possible role in triggering extremely rare blood clots. Even so, the $10 billion fall in J&J’s market value is an overreaction. The $416 billion baby-powder maker isn’t aiming to make a profit from the vaccine during the pandemic anyway.

With similar tiny but serious risks potentially attached to AstraZeneca’s nonprofit jab, it’s more an opportunity for Pfizer and Moderna. America has already agreed to purchase 600 million doses from the two companies, so they probably won’t sell many more stateside. And their vaccines are too costly for developing economies. Yet rich and middle-income countries still seeking contracts now have an additional reason to pick Pfizer and Moderna. That could be significant gravy for the profit-seeking firms. Pfizer alone estimated in January there would be $15 billion worth of vaccine revenue in 2021.

There’s a bigger picture, too. Side effects from vaccines using messenger RNA, like the Pfizer and Moderna jabs, could still emerge. As of now, though, deploying mRNA technology to prevent other diseases is looking more appealing by the day. (By Robert Cyran)

Paved with Gold. Goldman Sachs has form in spotting trends before they take off. This may also be the case with its decision to set up shop in the English city of Birmingham. Chief Executive David Solomon is planning to open what will be the bank’s largest UK base outside London later this year, creating hundreds of technology jobs in Britain’s Midlands.

Cities like Birmingham may be recovering from the virus faster than the capital. Property group Land Securities says it is receiving more rent from regional tenants than those in London on a proportionate basis. By the end of March, regional retailers had paid 38% of their dues, compared to 29% for London-based tenants. Solomon’s Birmingham move is part of a global push to shift away from big cities to alternative hubs like Dallas, Texas. In the UK at least, he may have timed it to perfection. (By Aimee Donnellan)

The offer is no longer subject to arranging debt financing. Blackstone is adding an ambitious timeframe, too, expecting to secure the approval of three regional watchdogs by September – a process that could easily be expected to take far longer. Steve Schwarzman’s firm also indicates it’ll walk if any Crown casino looks at risk of losing its license.

This could inspire impatient investors to press for a quicker response from the board. Crown’s largest shareholder, founder James Packer’s Consolidated Press Holdings, already indicated that it is open to considering the offer, which prices the group at A$11.85 per share, well above the A$8.15 Blackstone paid when it bought an initial 10% stake last year. Ultimately, though, it’s the regulators who hold the cards. (By Katrina Hamlin)

New remit. Online insurance company Waterdrop’s plans to list in New York are on hold, four sources told Reuters, as regulators at home worry its business model is too risky. While Chinese financial watchdogs constantly intervene in domestic initial public offerings, they have remained largely hands off when it came to U.S. bourses. If the China Banking and Insurance Regulatory Commission starts systematically vetting mainland companies trying to tap American markets, it will mark a major expansion of oversight.

Tencent-backed Waterdrop distributes insurance policies and facilitates crowd-funding for medical treatment – a scandal-plagued business. On the other hand, Beijing did nothing to stop peer-to-peer outfits from floating in New York right before it effectively banned the practice: shares in Yirendai, which debuted as a P2P lender, are down 63% from their IPO price. If CBIRC officials are preparing to protect U.S. investors from companies they are planning to swat, the Securities and Exchange Commission may thank them. Investment bankers and equity backers, not so much. (By Pete Sweeney)

Bounce back. Babcock International’s bad news could have been worse. The British defence and aerospace contractor on Tuesday revealed a whooping 1.7 billion pound ($2.3 billion) charge after re-evaluating its contracts. Though that’s much higher than most analysts had expected, and exceeds the company’s market value, the majority is not in cash. Crucially, Chief Executive David Lockwood reckons he doesn’t need a rights issue to rebuild the balance sheet. Babcock shares promptly jumped more than 30%.

Lockwood’s turnaround plan for the group which makes and services submarine equipment should give investors more hope. Removing management layers will cost 40 million pounds but save the same amount annually. Disposals are set to raise 400 million pounds, cutting net debt from a manageable 2.5 times EBITDA. Tuesday’s share bump goes some way to closing Babcock’s valuation discount to defence group BAE Systems. If Lockwood’s self-help plan succeeds, there could be more value up for grabs. (By Dasha Afanasieva)

A Louis Vuitton logo is seen outside a store on the Champs-Elysees in Paris, France, September 18, 2020.