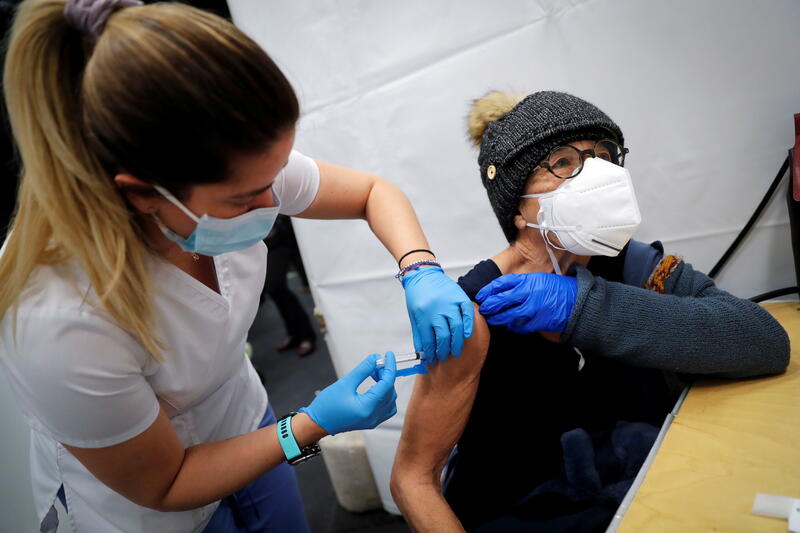 Shot or door:  While Covid-19 vaccines are plentiful, only 53% of Americans have been fully inoculated, according to the Centers for Disease Control and Prevention. A tight labor market and jab-phobia have made some firms reluctant to require injections. New measures by the White House provide cover for businesses to force the move.

President Joe Biden on Thursday ordered many healthcare workers and most federal employees to be inoculated. Firms with over 100 workers must vaccinate employees or test weekly. These measures cover about 100 million people, or about two-thirds of employed workers.

While many technology, pharmaceutical and Wall Street firms have required vaccinations, retailers and restaurants have been more cautious. Dollar General DG.N and Darden Restaurants DRI.N offer workers paid time for getting shots.

Large companies can now say they don’t have a choice. Small firms can more confidently mandate shots, as the vaccine-reluctant will have fewer employment options. And the pandemic will, hopefully, be closer to winding down. (By Robert Cyran)

Second-guessing. The spectacle of U.S. lawmakers arguing about the level of government borrowing after they have already decided what to spend is back. Having a separate statutory limit on Washington’s debt is an anomaly of America’s budgeting process that needs fixing.

Treasury Secretary Janet Yellen this week again urged Congress to address the so-called debt ceiling. After lawmakers temporarily suspended the borrowing limit back in 2019, it’s now once again a matter for separate debate, inviting partisan bickering. If agreement isn’t reached to increase it, the Treasury will gradually run out of money, shutting down parts of the government along the way.

That’s manageable for the short term, but federal government debt benefits from being perceived as the safest in the world, despite now exceeding 100% of GDP. A standoff that raises the specter of default could put that perception at risk. While this mechanism for budgetary second-guessing remains, a few lawmakers might be willing to go against the widely accepted notion that finance is a confidence game. They’d regret it. (By Richard Beales)

Consolation prize. Crown Resorts hit investors with a double whammy on Thursday. Its auditor confirmed the casino operator’s future as a “going concern” is doubtful. Meanwhile, the company revealed it’s paying departed executives almost A$10 million ($7.4 million) in termination benefits, while former boss Ken Barton could receive options worth more than A$70 million at the current price.

Crown’s plight is no surprise given its enduring governance crisis. But the remuneration report adds insult to injury, as shareholders received zero dividends in the last financial year, and earnings per share and the stock price are at historic lows.

Aggrieved shareholders have a way to hit back. More than a quarter of votes cast at last year’s annual meeting rejected the 2020 pay report. If they repeat that at next month’s gathering, they can force all directors to stand for re-election. Most of those responsible for Crown’s crisis are long gone, though. Another upheaval would only complicate efforts to save what was once a promising business. (By Katrina Hamlin)

Flight patterns. For airline investors, down is up. On Thursday, American Airlines warned that revenue in the third quarter would fall more than expected as September bookings slowed. Its stock rose 5%. Delta Air Lines, United Airlines, and JetBlue Airways all expressed similar sentiment. Each of their stock prices increased.

Until lately, up was down too. Even as vaccinations for Covid-19 have become more widely available and government travel restrictions have lifted, United’s share price has fallen around 20%. American’s shares tell a similar story.

The trouble may be that the longer-term future of airlines is becoming harder to predict, so investors are inclined to discount good news and be relieved when the worst-case scenario doesn’t happen. Still a recovery that is further prolonged certainly isn’t first-class. After several quarters of burning cash despite getting costs in check, many airlines swung back to the black last quarter, but just barely. (By Lauren Silva Laughlin)

A healthcare worker administers a shot of the Moderna COVID-19 Vaccine to a woman at a pop-up vaccination site operated by SOMOS Community Care during the coronavirus disease (COVID-19) pandemic in Manhattan in New York City, New York, U.S., January 29, 2021.