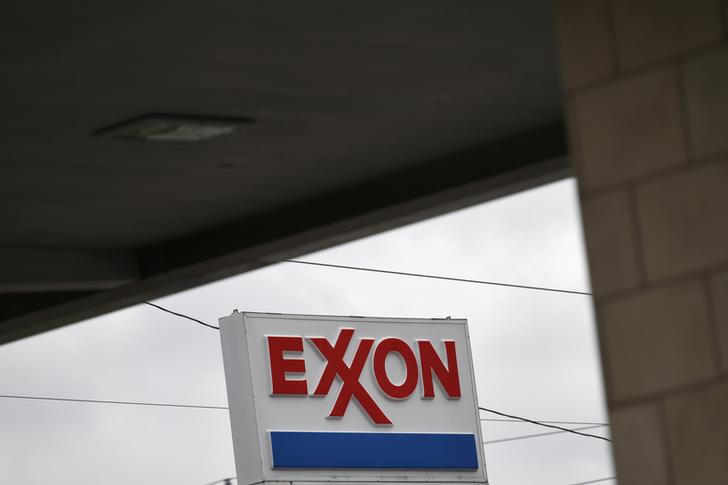 Voter suppression foiled. American companies have an enormous discretion over their affairs. A Securities and Exchange Commission decision dated Feb. 26 shows that, at least theoretically, regulators are giving a bit back to shareholders via oil giant Exxon Mobil.

The proposal by BNP Paribas Asset Management wants the company to report on how its lobbying fits with climate change risks. Exxon argued that a previously issued report addressed these issues, saying its lobbying is “aligned” with the Paris Climate Agreement. That argument, and the idea that shareholders shouldn’t micromanage companies, has persuaded regulators in similar past disputes. This time, the SEC has told Exxon it needs to put it to a shareholder vote.

Investors almost always side with management, still. Only 6% of shareholder proposals received majority votes in 2019, and 2020 was similar, according to Manhattan Institute figures for the top 250 firms. Exxon historically has had little to fear. But a proxy fight, and the board appointment of investment-turned-climate activist Jeff Ubben suggests the times may be changing. (By Robert Cyran)

The move is both surprising, and inevitable. The GAM products don’t have the exposure to Sanjeev Gupta’s industrial group which had spooked Credit Suisse. Unlike the Swiss bank, GAM says it has no doubt over the assets’ valuations. Yet its decision to freeze the funds suggests investors in supply chain finance, themselves often risk-averse corporate treasurers, want to reduce their exposure to Greensill, or perhaps even the entire asset class. It may take a while for confidence to return. (By Neil Unmack)

No time to waste. Every gold rush has an outpost selling picks and shovels. For the online trading boom, that could be Beacon Street. The financial research and education firm whose mission is to “level the playing field for investors” is listing shares via a blank check company. The $3 billion valuation isn’t hard to justify.

The online trading market is more popular than ever. Even ignoring the claims of a $191 billion “total addressable market,” the fantastical metric now common for companies going public, Beacon Street has had a great year. The number of paid subscribers jumped 71% in the year through Jan. 31. Revenue grew 40% through the end of last year to $377 million, the company estimates.

That puts its enterprise value on a multiple of 8 times, roughly in line with Factset Research Systems and Breakingviews parent Thomson Reuters, and slightly less than Moody’s. Beacon Street won’t be the last to capitalize on the retail investing gold rush, but it’s at least shrewd enough to be one of the first. (By Lauren Silva Laughlin)

Supply-side crypto-nomics. China is gumming up another supply chain. Just weeks after bitcoin nearly hit $60,000, Inner Mongolia has published a proposal to shut down cryptocurrency mining operations and ban new digital coin projects by April. The region’s computers account for 8% of global bitcoin production while China overall is responsible for over 70%.

As provinces respond to President Xi Jinping’s aim of being carbon-neutral by 2060, massive mining operations in Xinjiang and Sichuan might be switched off next. The energy required is staggering; the University of Cambridge estimates that bitcoin alone – and there are thousands of cryptocurrencies worth $1.5 trillion, according to CoinMarketCap – will consume over 128 terawatt hours of electricity per year based on current rates, slightly less than Sweden.

A squeeze would hurt industry suppliers such as Canaan and Nvidia, and moving mining operations en masse will be disruptive. For now, scarcity value could give the volatile virtual commodity an unneeded upward push. (By Pete Sweeney)

Old togs, new tricks. Gucci owner Kering is scaling up in second-hand luxury. The $83 billion French bling giant said late on Monday that it had acquired a 5% stake in Paris-based resale startup Vestiaire Collective, as part of a new 178 million euro ($215 million) funding round that values the company at over $1 billion. Publisher Condé Nast, Eurazeo and Tiger Global Management have also piled in.

Kering has been keen to play a role in the bling sector’s new-found embrace of the so-called resale market. In October it announced a pilot project with U.S.-listed resale company The RealReal. Embracing second-hand admittedly carries the risk of brand cannibalisation. Yet there is a rising number of environmentally conscious shoppers, especially among Generation Z and millennials. Second-hand fashion is expected to grow as fast as 20% per year through 2025, according to Boston Consulting Group. As such, Kering is investing in the future. (By Karen Kwok)