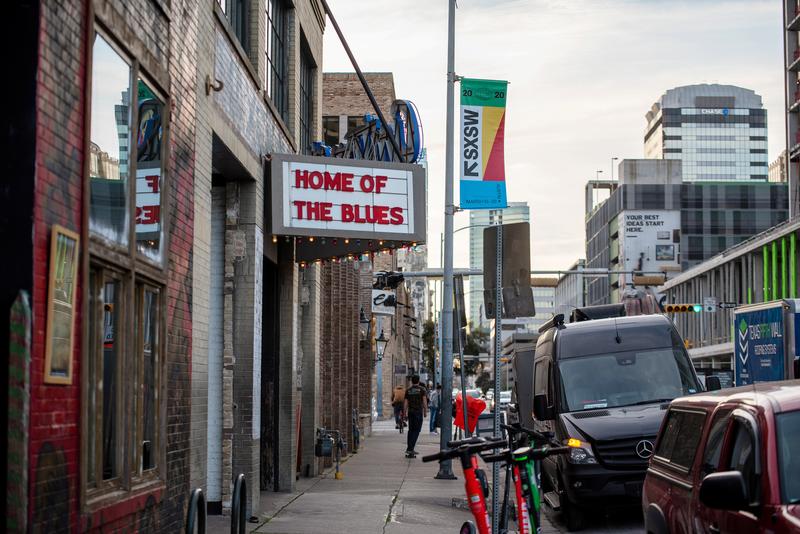 Rolling south. Arts-and-tech festival South By Southwest is selling a 50% stake to Rolling Stone publisher Penske Media, the Wall Street Journal reported on Sunday. That provides a lifeline to the annual Texas-based hipster confab, and further evidence that live events are poised to bounce back in 2022.

The investment fits with a broader theme in media of brand owners diversifying into in-person happenings – including Breakingviews parent Thomson Reuters. Penske owns Hollywood trade magazine Variety and music industry bible Billboard. The idea is that the media brands get extra publicity through events, and the companies broaden their revenue beyond just relying on ads and subscriptions.

Whether the price makes sense too is a bigger question. SXSW hasn’t disclosed the financials of the deal. But the recovering prospects of event organizers aren’t exactly a secret. Live Nation Entertainment, which runs the Lollapalooza festival, saw its shares fall by 70% when Covid-19 hit last year. Now they’re worth more than they were before the pandemic. Cheap tickets are once again hard to find. (By Jennifer Saba)

Big Chair. Think about your office chair. The one in the actual office, not the one bought online with your own money so you could work from home. While it may have faded from memory, it hasn’t been replaced and will be there when you get back. Whenever that is.

Workplace shutdowns have meant no new chairs, or desks on order from big corporations. That’s been dismal for office equipment makers like Herman Miller and Knoll. So they announced a merger: Welcome Big Chair. Miller will pay $1.8 billion, a chunky 45% premium to Friday’s closing stock prices. If that sounds cushy, it’s not compared to pre-pandemic expectations.

Before lockdowns hit, Knoll shares traded above $26, below Miller’s current outstretched offer. But there’s some cushion to consider. Miller sees $100 million of synergies within two years. Their net present value is nearly twice the premium it’s paying. Since Knoll investors are getting some of their consideration in stock, they can take this deal sitting down. (By Rob Cox)

Chipped off. The global regulatory pile-on is growing for Nvidia’s acquisition of UK-based chip designer Arm. British Digital Secretary Oliver Dowden said on Monday he is intervening in the $40 billion tie-up based on national security grounds. Microsoft and Google have also complained about the deal, which is under an extended U.S. review. The chip shortage gives regulators more reason to hit pause.

The UK watchdog’s public interest rationale puts the deal on uncertain footing. The government has intervened on national security grounds only about a dozen times since 2002, according to Arnold & Porter, a law firm. The Competition and Markets Authority has until the end of July to issue a report on the implications of the transaction, which will help the digital secretary in his review.

The heightened scrutiny comes amid an unprecedented semiconductor shortage. SoftBank-owned Arm is a major supplier to Qualcomm, Apple and others. That’s part of the reason the U.S. Federal Trade Commission is taking longer in its probe of the deal. Nvidia and Arm must prepare for regulators to chip away further. (By Gina Chon)

Coining a phrase. The country that gave the world Britpop is now looking into “Britcoin”. UK finance minister Rishi Sunak tweeted the moniker on Monday after asking the Bank of England to look into the case for a digital currency backed by the central bank. It’s cute branding, but others are further along the road.

China, which launched experiments last year in several cities including Shenzhen and Chengdu, is a leader. Meanwhile, the European Central Bank has held a public consultation. ECB President Christine Lagarde told Breakingviews last week that this showed the wisdom of the crowd: people want privacy but not anonymity that might facilitate illegal activities.

Sunak, who is on a mission to make post-Brexit London more attractive, has at least one consolation. As Federal Reserve Chair Jerome Powell said last year, when it comes to a central bank digital currency, it is more important to get it right than to be first. (By Swaha Pattanaik)

White knight setback. A group of rich guys who want to buy Tribune Publishing lost a key piece of financing when Swiss businessman Hansjoerg Wyss pulled out of the process this weekend. Choice Hotels International Chairman Stewart Bainum now needs to rustle up more money to fund a proposed takeover of the U.S. newspaper chain for at least $18.50 a share, to beat rival hedge fund Alden Global Capital. It’s a blow to the white knights’ efforts to find trophy buyers for local newspapers such as the Orlando Sentinel and New York Daily News.

Bainum deserves props for muscling into the process and getting a better look at Tribune’s finances. They may not have liked what they saw. Metro newspapers are particularly challenged because they don’t have national audiences to tap. The New York Times, which targets a global readership, generated $1.2 billion in subscription revenue last year with its flagship paper – more than three times what Tribune made. Even moguls with good intentions need chunky war chests. (By Jennifer Saba)

Neo-payment. Goldman Sachs has doubled down on UK retail banking. The Wall Street group’s private equity unit on Monday invested 50 million pounds in UK digital startup Starling Bank. It’s an extension of Starling’s funding round in March, which valued the lender at over 1.1 billion pounds, and brings the total amount raised to 322 million pounds.

Goldman’s interest is striking given that its own Marcus unit already offers accounts to British savers. Moreover, UK retail banks face a series of headwinds which make life harder for new entrants. The pandemic has undermined the creditworthiness of some borrowers, while the squeeze from ultra-low interest rates is particularly painful for challengers like Monzo and Revolut. Deep-pocketed new players include JPMorgan, which announced plans to launch a digital-only bank in January. Yet Starling has been breaking even since October, and is looking to list on the stock market as early as 2022. Goldman may have spotted a silver lining. (By Karen Kwok)

Sliding doors. Danske Bank is ripping off the band-aid by replacing Chris Vogelzang. The Danish lender’s chief executive stepped down on Monday after he was named by Dutch authorities probing money laundering at ABN Amro, his former employer, even though the bank put its troubles to bed with a 480 million euro settlement. Vogelzang’s exit is in stark contrast to Ralph Hamers, who remains CEO of UBS even though a Dutch court in December ordered a criminal investigation related to his tenure as boss of ING. Dutch prosecutors allege that the bigger Dutch bank failed to crack down on possible money laundering.

Danske is admittedly a special case. Given its 2018 scandal over illicit money flows in Estonia, the Danish group must keep its hands super-clean. Still, UBS has historic problems of its own, not least a French tax case. The board and UBS regulator FINMA conducted due diligence before hiring Hamers last year and found no cause for concern. Vogelzang’s exit nonetheless creates an uncomfortable parallel. (By Liam Proud)

Bitter taste. Spirits maker and brewer Thai Beverage dropped plans for a $2 billion spinout of its beer business, citing market uncertainty and Covid-19 outbreaks. Dealing with a record caseload, Thailand shut bars at the weekend even though Vietnam, Thai Bev’s crown jewel growth market, is coping well. Most market valuations also have changed little since the initial public offering was unveiled in February. A better explanation for the abandoned deal is that the pandemic dashed chances for a frothy valuation.

Peers Budweiser Brewing Company APAC, Heineken and Kirin trade on a blended 27 times forecast earnings, which would have valued the straightforwardly named BeerCo at $8 billion. Selling 20% for $2 billion required a multiple closer to the 40 times fetched by Bud, which was always going to be a stretch. BeerCo’s 7% net margin, while improving, is merely half that of its formidable rival. (By Jennifer Hughes)

Nuclear option. The diplomatic crisis between Prague and Moscow will hit Russia’s wallet. The Czech Republic on Saturday expelled 18 Russian diplomats after saying two Russian spies accused of a nerve agent attack in Britain in 2018 were also responsible for an earlier explosion at a Czech ammunition depot that killed two people. Prague added that Russian nuclear giant Rosatom is now unlikely to take part in building a new power station in the European state, worth at least $7 billion.

The state-owned company boasts $140 billion in overseas orders and relied on foreign projects for almost half of its $15 billion revenue in 2019. Sales in countries like Finland and Hungary could also come under pressure over Russian misbehaviour, though projects in countries like India and Bangladesh are less likely to be derailed. Still, the fallout could still be enough to make Rosatom, and President Vladimir Putin, squirm. (By Dasha Afanasieva)

People pass through the sidewalk near Antones Nightclub after the South by Southwest (SXSW) music and tech festival was canceled over growing concerns related to the coronavirus outbreak in Austin, Texas, U.S. March 6, 2020.