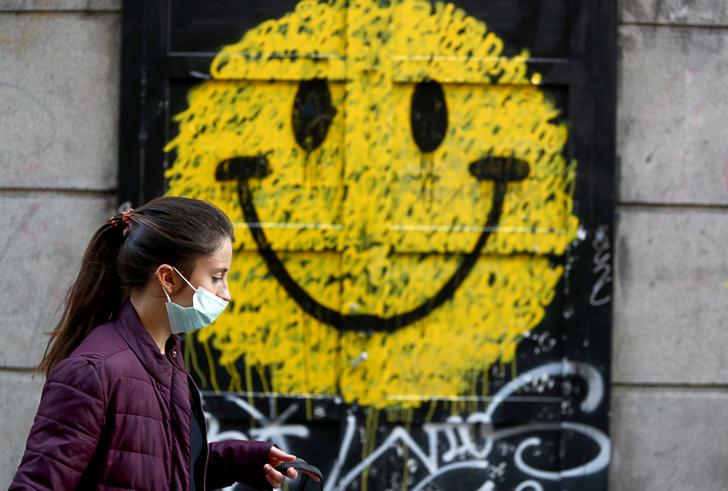 Here today, here tomorrow. Apollo Global Management may have an easier time moving on from Leon Black than some other institutions. The asset manager’s founder is relinquishing his chairman title and stepping down as chief executive earlier than scheduled, the company said on Monday. Former U.S. Securities and Exchange Commission chief Jay Clayton was appointed non-executive chairman while Marc Rowan will jump into his previously assigned role as CEO.

Apollo, which recently announced an acquisition of Athene, should carry on just fine. But Black was a large donor to New York’s The Museum of Modern Art, where he remains the chairman. His name is also on the Family Visual Arts Center at Dartmouth College.

Institutions are removing imprints of fallen families – the Louvre took down the Sackler family name after its involvement in the opioid scandal. Still, such accolades are often granted to big donors, and hard to ditch. Apollo has a deep bench that will enable it to reshape Black’s legacy. Others may struggle to distance themselves. (By Lauren Silva Laughlin)

Not so miserable. People are proving surprisingly resilient in the crisis. A full-blown global pandemic that has claimed over 2 million lives and disrupted the global economy did not significantly dent people’s perception of their own well-being. That’s according to the latest World Happiness Report. An analysis of responses polled by researcher Gallup globally in 2020 was on average consistent with data collected between 2017 and 2019, with Finland topping the happiness index for the fourth year in a row.

Life satisfaction measured in a Eurobarometer poll across the European Union also barely changed in 2020 from 2019, the report says. Not everything was plain sailing. In the United Kingdom, 22% of respondents said their mental health was significantly worse than before Covid-19. However, trust in public institutions and society at large appears to have played a bigger role in boosting happiness than income or major health risks. In a pandemic, having a government you can count on to take the right action may be more important than ever. (By Lisa Jucca)

Bold flavour. Deliveroo is preparing a test of investors’ appetite. The Amazon.com-backed UK food delivery group on Monday said it would sell shares in its upcoming initial public offering at between 3.90 pounds and 4.60 pounds apiece, implying a market capitalisation of 7.6 billion pounds to 8.8 billion pounds ($10.5 billion to $12.2 billion). After deducting IPO proceeds of about 1 billion pounds, Deliveroo’s enterprise value at the top end of the range would be 6.6 times last year’s revenue. That’s ahead of $15 billion Anglo-Dutch group Just Eat Takeaway.com, which trades at 5.4 times, though well below faster-growing U.S. player DoorDash, which is valued at 13 times.

Deliveroo’s faster growth could justify a premium to its local rival. The company said the total value of purchases on its platform in the United Kingdom, its largest market, rose 130% year-on-year in the first two months of 2021. Just Eat this month reported an 88% increase in a similar metric. It remains to be seen whether Deliveroo can keep up the breakneck pace when restaurants reopen. (By Karen Kwok)

Driverless carmaker. Tata Motors is struggling to get a grip on the steering wheel. Ex-Daimler executive Marc Llistosella will no longer be joining the $15 billion owner of Jaguar Land Rover as chief executive of its Indian business in July due to “personal reasons”, the company revealed on Friday.

Llistosella was to be the fifth boss in a decade – or sixth counting Cyrus Mistry who, following Karl Slym’s death in 2014, effectively assumed the role while also running the wider salt-to-hotels conglomerate. By contrast, top passenger-vehicle rival Maruti Suzuki has had the same boss since 2013.

The CEO potholes draw attention to Tata Motors’ lacklustre shareholder returns which for the past decade have trailed both Maruti and JLR rival BMW. After burning cash for two financial years, Tata Motors’ Indian business is finally getting back on track. It would be a bad time to leave the driver’s seat empty. (By Una Galani)

A woman wearing a protective face mask walks past a closed shop with a smiley face painted on amid the coronavirus disease (COVID-19) outbreak in Madrid, Spain, April 5, 2020.