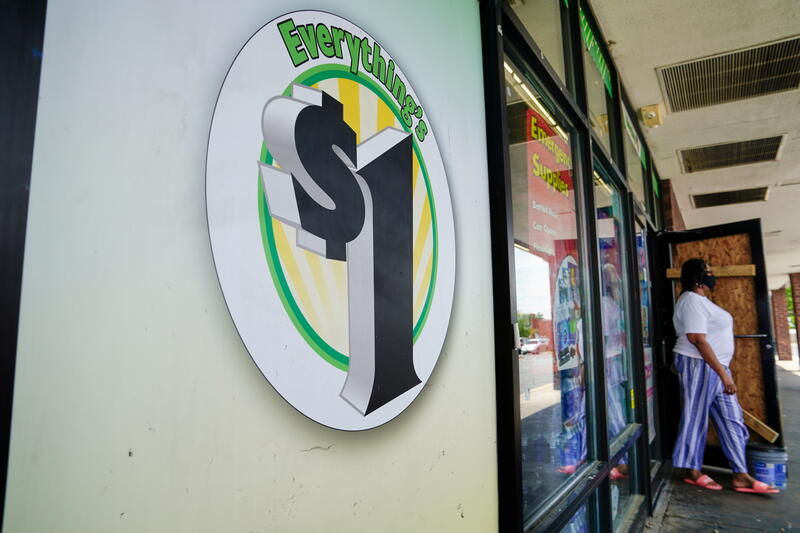 No dollar holler. Dollar stores can only be so thrifty. On Thursday two U.S. discount retailers, Dollar Tree and Dollar General, warned that surging costs in supply chains could cut into profit. The $25 billion Dollar Tree said its regular carriers would only be able to fulfill up to 65% of their commitments. Spot prices for ocean freight from China have increased 20% since May, the company said. Its shares fell some 10%.

Ultra-discount retailers do well when the economy and shoppers are struggling, thanks to their low prices, as advertised by their names. But that business model leaves them little room to pass on rising costs even if consumers can afford them at the time.

Analysts are expecting American retail giant Walmart’s revenue to grow just 1% this fiscal year. But its EBITDA margin should clock in at 8%, according to data from Refinitiv. At Dollar Tree, top-line growth is forecast at 3%, but the margin at just 3%. For these retailers, pressure on supply costs makes every dollar store worth less. (By Lauren Silva Laughlin)

Side order. Delivery Hero Chief Executive Niklas Oestberg may be having more luck as a stock picker than boss of a profitable food delivery outfit. The 31 billion euro company said on Thursday that revenue in the first six months of the year surged 157% to 2.5 billion euros. However, net losses for the period more than doubled to 918 million euros, within touching distance of the 1 billion-plus euros it lost in the whole of last year.

Rather than focusing on turning this around, Oestberg has been distracted by dabbling in his rivals. This month, he revealed a 5.1% stake in Britain’s Deliveroo, on top of stakes in listed competitors Just Eat Takeaway.com, India’s Zomato and other startups. Deliveroo shares are now up a quarter from the average 270 pence price that Oestberg says he paid for the stock. His own investors are less impressed. Delivery Hero shares are down 4% since the stake was announced. If his current career doesn’t work out, Oestberg may at least have an alternative one as a fund manager. (By Karen Kwok)

Natural look. Japan’s Shiseido is going for a simpler aesthetic. The $25 billion cosmetics and beauty group said on Thursday that it will sell American makeup brands bareMinerals, BUXOM and Laura Mercier for $700 million to private equity firm Advent International. The deal is part of the company’s broader pivot to high-end skincare.

On the face of it, not much will change. The three brands’ combined sales totalled 45 billion yen ($407 million) in the fiscal year ended December, or about 5% of Japanese group’s total top line. But the Americas region, while recovering quickly, remains a financial drag. In the first half of 2021, the division posted an operating loss of 9.1 billion yen.

Refocusing its vast portfolio should help. Earlier this year, the company said it will sell its personal care unit and partially end its licensing contract for its Dolce & Gabbana beauty products. But others are also keen to tap into the fast-growing and higher-margin skincare business too, meaning Shiseido faces plenty of fresh-faced competition. (By Sharon Lam)