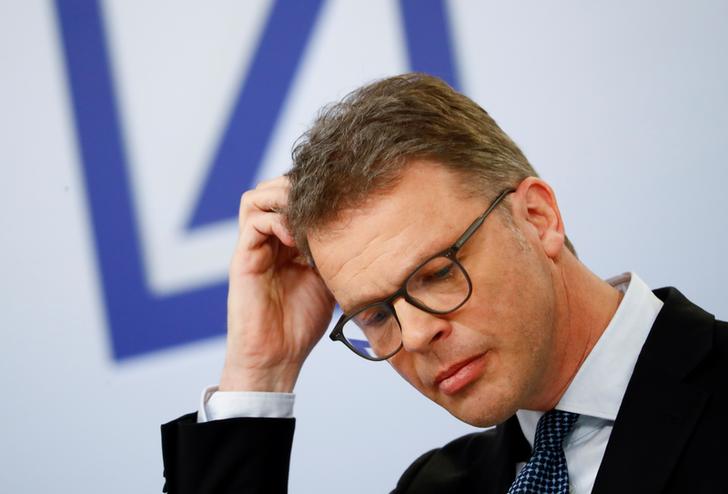 Tipping point. Deutsche Bank’s retention of a 79% stake in DWS, the asset management subsidiary it floated in 2018, has always been questionable. Fund businesses enjoy a valuation premium to unloved banks, implying that 23 billion euro Deutsche trades at a discount to the sum of its parts. That looks accurate: strip out the DWS stake and its share of the asset manager’s profits, and the core bank trades at 6.9 times 2023 earnings, using median Refinitiv estimates, compared with 7.7 times on average for euro zone banks.

The U.S. Department of Justice has given Deutsche Chief Executive Christian Sewing another reason to reconsider. The DOJ thinks the German bank may have violated a criminal settlement by failing to tell prosecutors about an internal complaint at DWS’s sustainable investing unit, the Wall Street Journal reported. It’s one thing to own an asset manager whose value is obscured by the wider group. But when it also lands you in hot water, it becomes even harder for shareholders to tolerate. (By Liam Proud)

Splitsville. The pandemic has provided a breakup salve to the Big Four accountancy firms. On Thursday, KPMG reported annual revenue of $32.1 billion, 10% more than last year. Its advisory business, which helps clients with takeovers and restructurings, was the big earner. Its revenue ballooned to $13.7 billion, a 17% annual rise. KPMG’s traditional audit business grew a more sedate 4%.

Overall, KPMG, Deloitte, PwC and EY have raked in $167 billion this year, a windfall that should ease the pain of their advisory businesses having to go solo under an auditing overhaul expected shortly from the UK. The government wants to prevent a repeat of high-profile collapses like retailer BHS and outsourcing firm Carillion by stopping the big firms seeing bean-counting as a means to an end for their higher-value consultancy work. That probably means higher audit fees for corporates, and fewer cross-selling opportunities for the consultancy giants. After a bumper 2021, it’s hard to feel much sympathy. (By Aimee Donnellan)