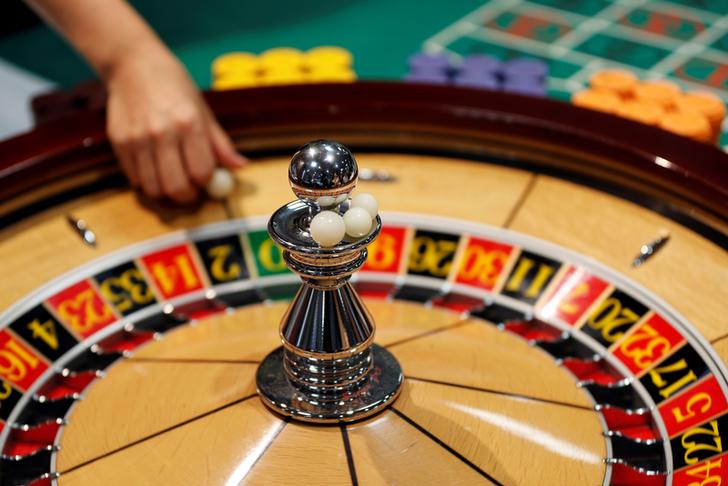 Hueck ja! A mammoth block sale of a company’s shares usually indicates impending pain for investors. Not so at Hella. German media reports that the controlling Hueck family may sell its 60% stake in the 5.1 billion euros auto supplier were enough to send shares up 10% on Tuesday. That’s because any prospective buyer would likely need to make a mandatory offer for the rest of the company.

The onus on preserving local jobs probably favours a local shopper, such as domestic rival Continental or Bosch. Assuming they can cut a tenth of Hella’s 1.2 billion euros of operating expenses in its latest financial year, and the prospective savings from any deal would have a present value of nearly 900 million euros. Adding that onto Hella’s new market value implies a potential 16% premium on top of Tuesday’s bump. Shareholders should enjoy the Huecks’ new higher gear. (By Christopher Thompson)

Going one bettor. Evolution Gaming’s pandemic-fuelled surge continues. Having already shot up by almost 300% since last March, shares in the Swedish purveyor of casino-gaming software rose 10% on Tuesday after it unveiled better-than-expected first-quarter results. Revenue jumped 105% year-on-year to 236 million euros ($285 million) as locked-down punters played more games like “Lightning Roulette”, which Evolution licenses to casino operators in return for a cut of sales.

The developer’s rise stands in stark contrast to U.S. giants like MGM Resorts International and Caesars Entertainment. Including debt, Evolution is now valued at over 30 times revenue, according to Refinitiv data, versus an average of 3 times for its old-school peers. Quarterly sales in North America almost tripled to 22 million euros. If Covid-19 prompts more U.S. states to legalise virtual gambling houses to fill gaping budget deficits, further growth will be on the cards. (By Oliver Taslic)

MMM not OK. 3M investors should be psyched. The $115 billion industrial giant said on Tuesday its profit beat estimates, partly because sales of personal protective equipment rose. Revenue jumped 10% compared to the same quarter last year while profits were up a quarter.

Yet shareholders are responding as if they were handed a packet of Post-It notes. Over the past year its shares have risen just 25% while the S&P 500 Index has popped 45%.

The trouble is 3M is dragged down by its conglomerate structure as others are ditching it. Chemicals giant Dow split up two years ago. General Electric has been selling businesses in pieces. Both are being rewarded in the market, with GE’s shares more than doubling in the past year and Dow’s stock up more than 80%.

Meantime 3M has over 24,000 products that range from wireless hearing protectors to insect repellent to pet hair rollers. Perhaps it’s time to rethink how they all fit together. (By Lauren Silva Laughlin)

Upping the ante. The stakes in Ladbrokes owner Entain’s Australian flutter could go higher. The UK bookie on Tuesday raised its offer for Tabcorp’s wagering and media business to A$3.5 billion ($2.7 billion), up from A$3 billion. That’s despite renewed coronavirus lockdowns weighing on the business. Still, the current price is not too high, especially for a business that can still benefit from growth in online betting, and Entain’s proprietary technology. Assume the unit would still represent 41% of Tabcorp’s EBITDA of A$1.2 billion next year, as estimated by Refinitiv. That implies a valuation of just over 7 times 2022 EBITDA, cheap for a sector which trades on around 14 times.

There may be added benefits for the UK group. In January it fended off a takeover offer from MGM Resorts. Since then it has bought Sweden-based Enlabs and Portuguese Bet.pt, both of which are sports betting firms. Greater scale and complexity could help new Chief Executive Jette Nygaard-Andersen avoid a U.S. casino wedding. (By Dasha Afanasieva)

Bjorn to be wild. ABB has raised the wattage of its corporate ambition. Shares in the $71 billion Swiss-listed engineering group rose 2% on Tuesday after it announced a planned carveout of its vehicle charging unit, which has grown sales by 50% annually since 2016. Boss Bjorn Rosengren plans to keep a majority stake in the division while using newly listed shares to snap up richly valued competitors.

Recent estimates that Europe alone will need some 3 million public charging points by 2030 to hit electric vehicle aspirations, compared to a Eurelectric estimate of roughly 213,000 currently, suggest bumper top-line expansion can continue. It implies the e-mobility business could generate $743 million in revenue by 2023. On a 14 times multiple, about half the average of where U.S.-listed peers ChargePoint and Blink Charging currently trade, Rosengren might target a valuation of $10.3 billion, equal to 15% of ABB’s market value. Not bad for a unit which accounted for 1% of group sales last year. And handy fuel for ABB shares. (By Christopher Thompson)

It’s the virus, stupid. Japanese voters have handed the ruling Liberal Democratic Party a triple blow, losing all three contested seats in parliamentary by-elections. It’s a negative referendum on Prime Minister Yoshihide Suga’s pandemic response. He’s apologised for the defeat, but it’s unclear whether the party will back him in upcoming elections. That makes it harder to push tough reforms.

The government’s immunisation rollout has been glacial. Having failed to develop its own so far, Japan has approved only one imported vaccine. Barely 1% of the population has gotten its first jab. Last week Tokyo introduced a third state of emergency as daily infections crossed 75% of the January peak.

Core inflation has been negative since August, risking a return to a deflationary mindset. On Tuesday the central bank left rates unchanged but signalled for prolonged easing and admitted that it is unlikely to hit its 2% consumer price inflation goal during the tenure of current Governor Haruhiko Kuroda. With monetary policy hamstrung, now is no time to have a lame duck in office. But increasingly that is what Suga looks like. (By Pete Sweeney)

Positive result. Declining demand for Covid-19 tests in the United States suggests the pandemic is receding. Shares in BioMerieux, a near 12 billion euro biotechnology company, fell 9% on Tuesday when the French firm halved its growth expectations from 20% for the first half of the year to 10%. Sales growth in its molecular biology unit, which makes Covid-19 tests, slowed in the three months to end-March to nearly 19%, from 82% in the previous quarter.

Vaccine progress will hit sales further. BioMerieux experienced the biggest hit in its U.S. business, which contributed 46% of sales in 2020 but where over 40% of Americans have received their first Covid-19 jab, implying less need for testing. The UK is displaying a similar decline in testing as it ramps up its inoculation programme. If demand continues to collapse it could hit BioMerieux’s valuation, which before today’s slump traded at 30 times its forward earnings. The flipside is that it should be a leading indicator of global recovery. (By Aimee Donnellan)

The spinning wheel on a roulette table is seen at Japan Casino School in Tokyo, Japan, August 4, 2018.