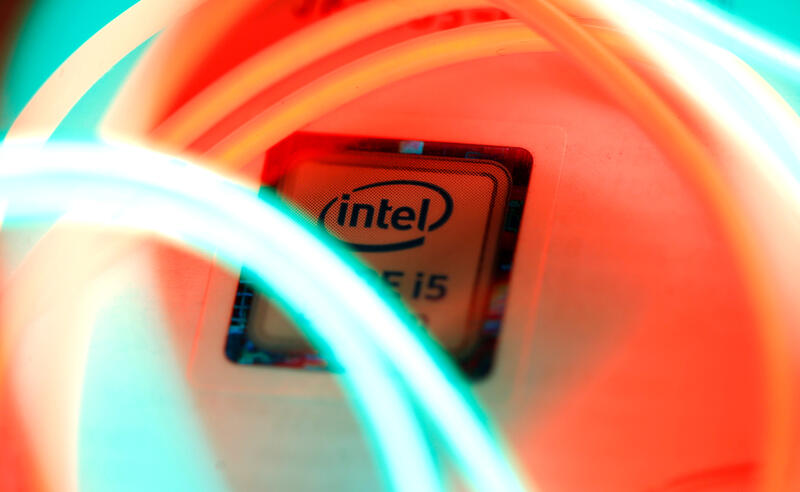 Parthenogenesis M&A. Intel may buy chip manufacturer GlobalFoundries for $30 billion, says a Wall Street Journal report. That seems logical in light of Intel’s production problems, and a global semiconductor shortage. But it might make most sense if any acquisition were followed by a bigger Intel divestment.

Chipmaking is expensive and difficult, so most companies either design or produce. GlobalFoundries does the latter but Intel does both, and boss Pat Gelsinger has opened up its factories to rival semiconductor designers to spread costs. GlobalFoundries would bring customers and technology – though the company, owned by Abu Dhabi sovereign fund Mubadala Investment, isn’t in talks, according to the Journal.

The risk is that GlobalFoundries customers might not like seeing Intel inside. Besides, investors like specialization. Intel is valued at 3 times trailing revenue. Specialized rivals Advanced Micro Devices and Taiwan Semiconductor Manufacturing are valued at 8 and 11 times.

AMD figures in this story in another way too. It used to own GlobalFoundries and eventually spun the whole thing out deciding independence suited both better. Since then AMD’s stock is up more than 30-fold. Maybe by buying, combining and then spinning off manufacturing operations, Intel can have it both ways. (By Robert Cyran)

Talk out of both sides. Special purpose acquisition companies have gone so mainstream that they now have a trade group in Washington. The SPAC Association will include investors, sponsors, investment banks, auditors and others, Politico reported on Thursday. But with too many competing interests inside the tent, the new group’s influence on the Hill could be dulled.

It’s not as if blank-check companies don’t need some D.C. help. The Securities and Exchange Commission has said it will be tougher on conflicts of interests, inflated projections and inadequate disclosures used by these firms, which buy privately held growth companies and give them a rapid stock-market listing. On Tuesday, the agency charged space-transport firm Momentus, its SPAC partner, sponsors for misleading claims about their planned merger.

Lobby groups work best when they are sharply focused and unified. Yet the SPAC Association doesn’t represent a single team. One big conflict in SPACs is between sponsors, who often get big payouts whether the target they acquire is good or middling, and their public investors. Target companies’ backers have yet another set of incentives. With so many different interests, the SPAC lobby is already at risk of being off-message. (By Gina Chon)

Red cards. Ericsson’s fears of becoming a geopolitical football have come true. Shares in the $40 billion Swedish telecoms-kit maker fell 9% on Friday after its second-quarter earnings showed that sales shrank for the first time in three years. Most of the hit came from a 60% revenue slump in China, which three months ago accounted for 8% of sales.

The worst-case scenario for Chief Executive Borje Ekholm, who has tried to avoid getting sucked into East-West rivalries, is Beijing red-carding Ericsson in reaction to Sweden doing the same to Chinese rival Huawei Technologies. That would lop a permanent 8% off Ekholm’s top line and almost as much from his earnings. The fact that Ericsson’s shares fell by roughly the same magnitude on Friday suggests investors are braced for exactly that outcome. Admittedly, Ekholm also signed a record $8.3 billion deal with U.S. operator Verizon Communications, potentially offsetting the pain. But getting locked out of the world’s biggest market is a hefty price to pay. (By Ed Cropley)

Pilot error. Shanghai is trying to become the Ireland of China. The finance hub may soon offer tax breaks to lure companies in sectors ranging from chips, life sciences, artificial intelligence and aviation to set up shop in its free trade zone, which was created to much fanfare in 2013 but has disappointed since. The country’s cabinet body said on Thursday it would explore cutting corporate levies to 15% for five years for companies in strategic industries that register in the zone, down from 25%. The document also repeats earlier promises about transforming the area into a centre for offshore yuan trading, a consumption-based service economy, and so on.

Cynicism is advised. The Shanghai FTZ was launched to massive overhype about how it would liberalise the capital account, but largely delivered reductions to red tape. The mooted tax breaks will attract companies, but that will mostly benefit commercial landlords in the wealthy Pudong district at the expense of other parts of the country. As for further offshore yuan reforms, they might cannibalise business from rival financial hub Hong Kong if they are profound. But that’s unlikely too. China’s track record shows most of its free trade zone experiments are shallow. (By Pete Sweeney)

American dream. Ana Botin’s dealmaking drive at Banco Santander is taking a curious U.S. detour. The executive chair of the $64 billion Madrid-listed bank announced on Thursday that she was snapping up Amherst Pierpont Securities, a New York-based fixed income broker, for $600 million. Unlike recent moves to buy out minority investors in the lender’s Mexican and U.S. units, the latest purchase seemingly lacks strategic logic: in a presentation, Santander conceded there was “limited product and client overlap”.

One attraction is Amherst Pierpont’s primary dealer status for U.S. government bonds. And greater access to dollar-denominated debt products may deepen Santander’s relationships with U.S. and Latin American clients. But Amherst Pierpont’s modest annual earnings – averaging $70 million over the past few years – won’t move the dial much in an investment bank which generated $2.1 billion in underlying profit last year. The bauble will cost Botin a modest 9 basis points of her common equity Tier 1 capital ratio. At 11.9% of risk-weighted assets, Santander’s CET1 was already low compared with peers. That makes the latest punt look odder still. (By Christopher Thompson)

Perfect storm. When it rains it pours. Australian miner Rio Tinto, on Friday partly blamed a tropical cyclone for a 12% decline in iron ore shipments, to about 76 million tonnes, in the second quarter from a year earlier. Tight labour markets, Covid-19 disruptions and renewed efforts to protect Indigenous heritage sites also caused problems and are lifting production costs. Newish boss Jakob Stausholm now expects iron ore exports to be at the lower end of an earlier annual guidance of 325 million to 340 million tonnes. The company shipped 331 million tonnes in 2020.

Soaring prices for the steel-making ingredient – nearly triple what they were at the start of 2019 – mean there will be plenty of cash for shareholders this year. The winds may start changing on that front, however. Brazilian production is ramping up again while China is actively seeking ways to push commodity prices down. For Stausholm, who was hired last year following a governance debacle, there may be little shelter from the storm. (By Jeffrey Goldfarb)

Intel logo is seen behind LED lights in this illustration taken January 5, 2018.