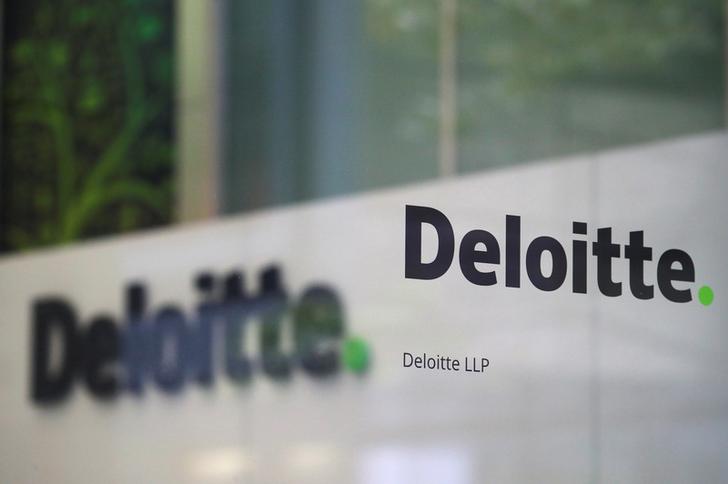 Restructured. Deloitte is getting out of the restructuring game before it gets pushed. Its timing, however, looks lousy. The sale of the bean-counter’s UK insolvency arm to public relations outfit Teneo, according to Sky News, follows rules that effectively prevent the so-called Big Four from doing consultancy work for audit clients. That limits potential customers, putting restructuring bankers at a disadvantage versus independent peers. Selling now may at least get Deloitte the best price, some 400 million pounds, according to the Telegraph.

Shorn of the practice, which employed 30 partners, Deloitte will also attract less attention from regulators worried about conflicts of interest, a hot topic given high-profile failures such as government contractor Carillion. KPMG is looking to do the same, Sky says. But with Covid-19 and Brexit laying waste to swathes of corporate Britain, the groups may miss out on a purple patch. And what’s left will be tethered more closely to upswings in Britain’s economic cycle. (By Ed Cropley)

Singapore-on-Seine. Brexit-supporting City figures hoping for a regulatory bonfire seem likely to be disappointed. The Bank of England on Friday released a consultation paper laying out its approach to lenders’ regulatory capital now that Britain has left the European Union. It proposed closing an EU loophole whereby banks can add the value of certain intangible software assets to their common equity Tier 1 capital ratios.

It’s a sensible move. There’s no evidence that such assets help to absorb losses in a crisis, which is the point of bank capital. And the cost is manageable: the CET1 ratio of Virgin Money, one of the more exposed banks, will be about 30 basis points lower as a result, KBW analysts estimated.

The broader lesson is that the BoE’s first deviation from EU law was to make the rules tighter, not looser. The supervisor also recently ruled out a big capital reduction for insurers. London may end up being smaller, but at least it will be safer. (By Liam Proud)

Deal sealed. Euronext is starting to speak with an Italian accent. Piero Novelli is stepping down as co-head of investment banking at UBS to become chairman of the supervisory board at the pan-European stock exchange operator. The move will partly fulfil a governance deal Chief Executive Stéphane Boujnah crafted with Rome when he sealed his 4.3 billion euro swoop on Milan-based Borsa Italiana. That involved giving the chairmanship to an independent Italian national.

Novelli, who took joint charge of UBS’s investment bank with Robert Karofsky when Andrea Orcel quit in 2018, fits the bill. Under his tenure, the Swiss bank’s share of global investment banking fees remained roughly stable at 2.3% despite choppy financial waters, according to Dealogic. The next step for Boujnah is to allow state-controlled Italian fund Cassa Depositi e Prestiti to pick a supervisory board director. It’s a relatively small price to pay for greater market dominance. (By Lisa Jucca)

Fill Mitchells. Mitchells & Butlers will soon be able to stand up without leaning on the bar. The 1.4 billion pound pub chain said on Monday it would raise 350 million pounds ($486 million) in fresh equity and, as a result, secure another 150 million pound credit facility. Just as well: it said in January that virus lockdowns meant it was burning through 40 million pounds of cash a month.

The quid pro quo for avoiding implosion is that the UK group’s three largest shareholders including billionaire Joe Lewis may wind up controlling all the shares, rather than their current 55%. Instead of a more laborious rights issue, M&B is raising the cash via a speedier placing and open offer underwritten by the three big investors. If no one else chips in, they will own most of the company by paying a discounted 210 pence per share, compared to Friday’s 328 pence close. Still, beggars can’t be choosers. (By George Hay)

Offices of Deloitte are seen in London, Britain, September 25, 2017.