14 May 2021 By Breakingviews columnists 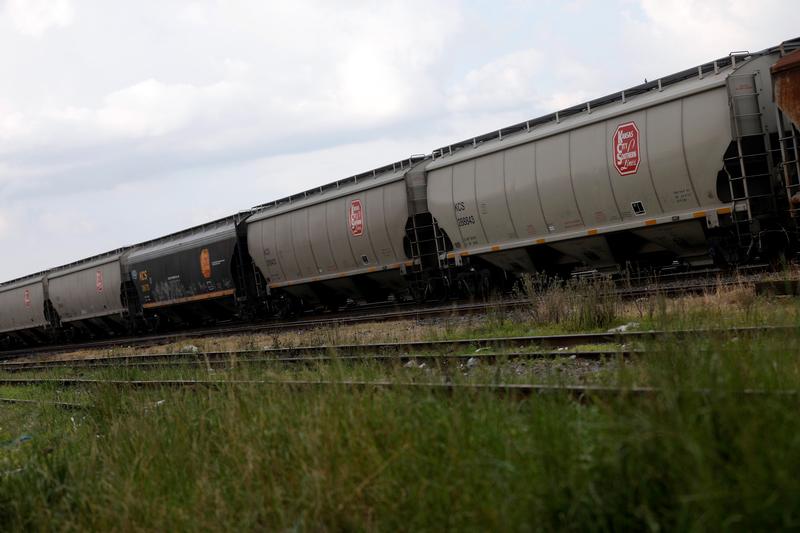 Runaway train. Canadian National Railway isn’t just bidding against Canadian Pacific Railway in the battle for Kansas City Southern. It’s also bidding against itself. On Thursday the company increased the amount of stock it was paying for its U.S.-based target, so KCS shareholders will get a little bit more of the combined company. The move accommodated a fall in the acquirer’s stock price since it first announced a bid. Both its earlier offer and the current one amount to $325 a share, or an enterprise value of nearly $34 billion.

Shares had been moving against CN, falling since it first bid for KCS while CP’s stock had gone up. That may be why CN wanted to seal the deal. CP has said it won’t get into a bidding war but will respond in due course. It could be waiting around for regulators to do the job of batting CN’s offer down. That could still happen, but for now, CN is in the captain’s chair. (By Lauren Silva Laughlin)

Apples and peers. Electric-vehicle marque Fisker is teaming up with Foxconn for Project PEAR – short for “Personal Electric Automotive Revolution”. Similar to Apple outsourcing production of its iPhones, the U.S. upstart, known for its design chops, will rely on the Taiwanese manufacturing powerhouse to make its cars.

Fisker shares promptly rallied some 13% in after-hours trading on the news. An asset-light model helps: the company’s modest cash pile, of almost $1 billion, is less than a fifth of the reserves held by peers Xpeng and Nio.

However, it could still be tough to sell cars profitably with Fisker targeting a sticker price of $30,000 and production capacity of 250,000 spread across multiple facilities. Governance isn’t great, either. Henry Fisker is both chairman and chief executive while his wife and co-founder Dr. Geeta Gupta is finance chief. It’s also Fisker’s second attempt at building an auto brand after he burned through some $1.4 billion in public and private funds. That warrants investor caution lest matters go pear-shaped. (By Katrina Hamlin)