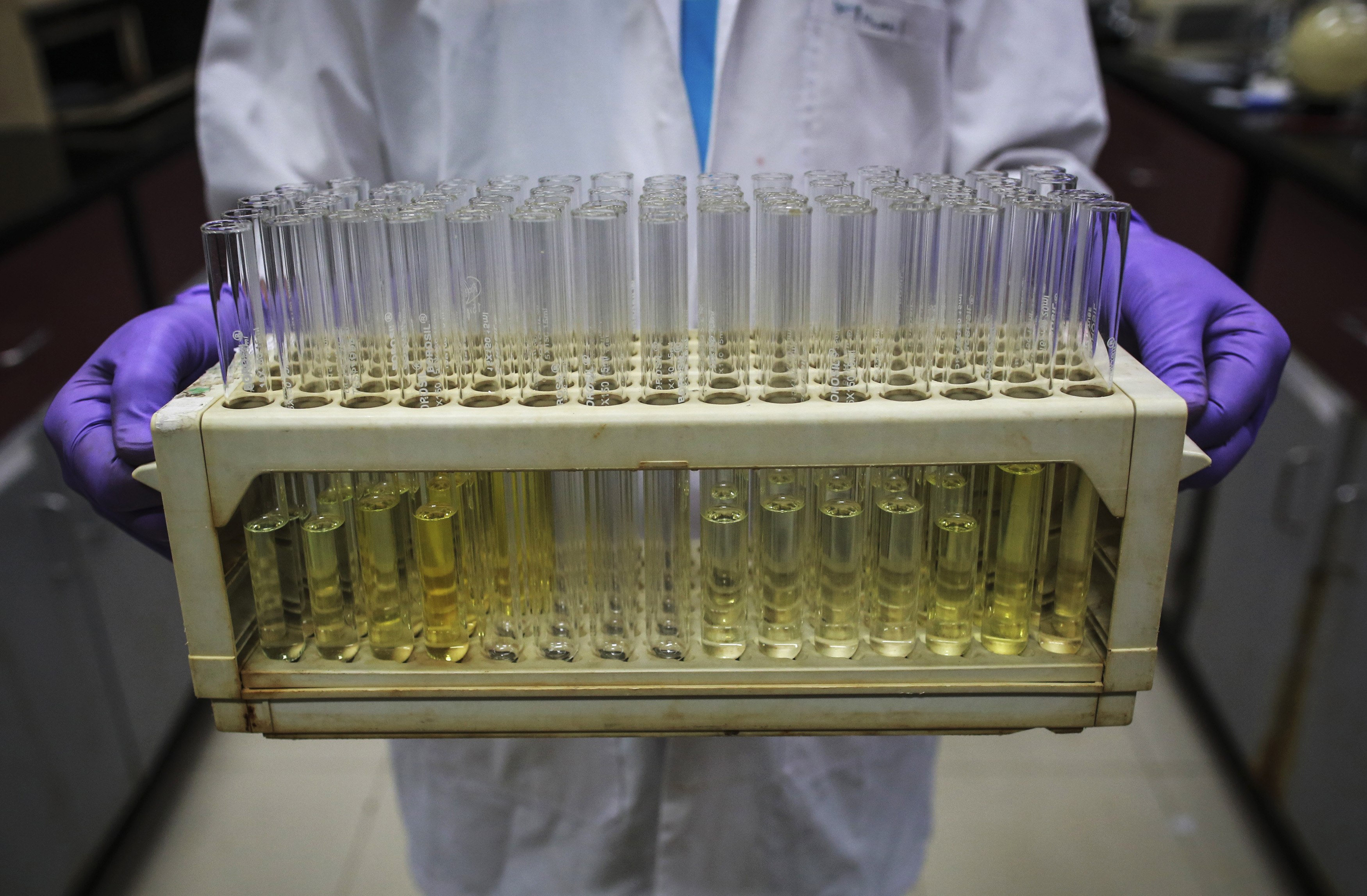 Motherload. Investors can always count on the discovery of a golden nugget to create a rush. Intellia Therapeutics delivered the biotechnology version of this on Saturday, proving its technology for clustered regularly interspaced short palindromic repeats, or CRISPR, can target and edit a defective gene in humans. Investors are ready for a boom.

Company co-founder Jennifer Doudna won the Nobel Prize last year for developing the technology. Now her firm showed in a small trial it can stop production of a defective protein in the liver that causes an inherited disease. That sent shares up over 50% on Monday, adding $3 billion to the company’s market capitalization and large amounts to other firms using similar gene-editing therapies.

How many nuggets are down this shaft isn’t clear. That depends on whether the technology can work elsewhere and on other diseases, and if side effects crop up. Still, plenty of patent disputes are present, including for Intellia. There’s already a gold rush on in genetic therapies, now there’s even more to fight about. (By Robert Cyran)

To err is human. The robots are still coming, but they might be a little less scary. That’s one interpretation of Masayoshi Son’s decision to rewire his bets on the sector. Reuters reported on Monday that the Japanese billionaire’s SoftBank Group is slashing jobs at its global robotics business, which produces the flagship automaton Pepper. It comes a week after the technology investor completed a majority sale of Boston Dynamics, whose robots move and act like humans or dogs.

Yet on Monday, Son’s second Vision Fund led a $600 million investment round in CMR Surgical. The $3 billion company’s Versius kit helps doctors perform keyhole surgery. In effect, Son is ditching the idea of general-purpose robots that could replace humans in customer-service roles and other jobs, while backing more specialised machines that work alongside surgeons. That’s arguably good news for shop workers and bar stewards, even if Hollywood directors may be disappointed. (By Liam Proud)

At your desk. Bruce Flatt is placing his money where his mouth is. The chief executive of Brookfield Asset Management, who last year famously predicted that working from home wouldn’t last, has bought UK-based flexible office builder Modulaire Group from private equity firm TDR Capital for an enterprise value of $5 billion. Modulaire, which provides swiftly-erected, temporary buildings for companies, schools and construction sites, is expected to benefit from a recovery in Europe and Asia.

Despite the popularity of flexible working space, Flatt doesn’t appear to be overpaying either. His listed industrial services unit Brookfield Business Partners is paying roughly 12 times Modulaire’s 2020 EBITDA, a discount to Finland-based rival Adapteo, which is valued at 15 times trailing EBITDA, according to Refinitiv data. That should redouble Flatt’s faith that people will return to the nine-to-five grind. (By Christopher Thompson)

Coal-keeper. Glencore is getting deeper into its role as environmental poacher-turned-gamekeeper. The 42 billion pound miner announced on Monday it’s buying out partners Anglo American and BHP from its Cerrejón thermal coal mine in Colombia for an effective $230 million. On a purely financial basis, that’s a no-brainer. With coal prices having doubled in the last year to their highest since at least 2015, the investment should pay for itself within two years.

The problem is that investors hate coal due to its role in heating up the atmosphere. So far, they’re giving Glencore the benefit of the doubt. Former Chief Executive Ivan Glasenberg’s strategy to run down its coal mines while investing more in copper and cobalt won 97% approval at its recent annual meeting. Taking full control of Cerrejón hedges against a change of mood. Should owning coal become even more unpalatable, Glencore can more easily carve out its coal assets. (By Ed Cropley)

Token gesture. Regulators have gotten their heads around crypto assets. The next challenge is getting their hands on the companies. Britain’s Financial Conduct Authority on Saturday said that Binance Markets, the local arm of the world’s largest crypto exchange, was “not permitted to undertake any regulated activity in the UK”. Shortly after, the company said on Twitter that the notice has “no direct impact on the services offered on Binance.com”.

How can that be? In general, the FCA can only regulate companies that are either based in Britain or that actively promote products there. A bitcoin trading platform registered elsewhere doesn’t necessarily count: according to Forbes Binance is based in the Cayman Islands. Founder Changpeng Zhao sought regulatory approval for Binance Markets, but its main services are unregulated and offered instead by the parent group. It’s not clear what he did to irk the FCA, or whether his customers will care. What’s obvious, though, is that the watchdog lacks powers to police a fast-growing part of the financial sector. (By Liam Proud)

People problem. Depressing trends lurk beneath Australia’s impressive economic rebound. Sharply curtailed migration and falling fertility during the pandemic have exacerbated the demographic challenges of an ageing population, according to the government’s first so-called Intergenerational Report in six years. The study, released on Monday, attempts to forecast long-term budget trends; it projects that the ratio of working-age people to those over 65 will tumble from 4 to 2.7 over the next 40 years.

While acknowledging that immigration contributes to economic growth, Prime Minister Scott Morrison’s administration also slashed the cap on newcomers before Covid-19. He seems to be counting in part on labour productivity growth to make up the difference, which the analysis assumes will rebound to a 30-year average of 1.5% a year after growing at only 1.2% per year over the past decade. Other developed economies have been revising down their productivity estimates, and in fact Australia’s last intergenerational report overshot on fertility and population. This one could be excessively optimistic too. (By Jeffrey Goldfarb)

An employee carries test tubes inside a laboratory at Piramal's Research Centre in Mumbai August 11, 2014.