24 May 2021 By Breakingviews columnists 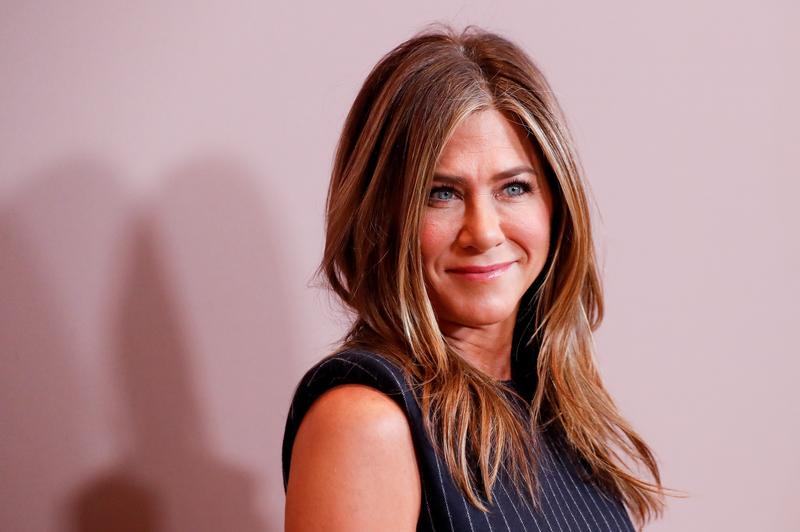 HBO Max paid Warner Bros, another AT&T unit, $425 million for a five-year contract from 2020 to air “Friends,” yanking the rights away from Netflix. The show has enduring popularity, and the unscripted homecoming of Jennifer Aniston and other cast members should help the streaming service acquire new customers. It could use the boost: AT&T’s 60 million digital and cable media subscribers worldwide are well short of Walt Disney’s more than 150 million and Netflix’s 207 million.

The company is shoving its programming assets out the door to merge with Discovery. That deal isn’t expected to close until mid-2022, giving rivals time to get further ahead. Just as it is for the “Friends” cast, the reunion could be one of AT&T’s last media hurrahs. (By Jennifer Saba)

Do no harm. There are many ways the SPAC boom could end unhappily, but government intervention probably isn’t one. U.S. lawmakers held a hearing on Monday about special purpose acquisition companies, which House Financial Services Chairwoman Maxine Waters noted raised 462% more money in 2020 than the previous year. The takeaway: Politicians seem happy to let the experts work it out.

Congress sometimes goes overboard when it comes to market manias. It had multiple hearings on the rush into meme stocks like GameStop, with several lawmakers unrealistically suggesting retail investors be protected from losses. In Monday’s relatively brief two-hour hearing, there was much less angst. One witness, law professor Usha Rodrigues, compared SPACs to a Las Vegas shotgun wedding, but many SPAC sponsors probably wouldn’t disagree.

Prescriptions were also few. Congressman Bill Foster raised the idea of a list of “safe” SPACs, but generally, lawmakers focused on how disclosures and liability compare with initial public offerings – something the Securities and Exchange Commission is already examining. Congress for once has identified a problem for which political grandstanding is not the solution. (By Gina Chon)

Total recall. Norges Bank Investment Management is flying the flag for sound governance in France. Norway’s $1.3 trillion sovereign wealth fund plans to vote against Total Chief Executive Patrick Pouyanné’s re-election at its May 28 annual general meeting on the grounds that he’s also chairman of the $125 billion French energy group’s board.

NBIM has a 2.4% stake in Total and a range of normal reasons why chair and CEO should be split. However, it concedes there’s a dearth of evidence that such a move drives value. Fellow French groups Publicis, Carrefour, Pernod Ricard and Thales have the same setup.

There’s a better reason why Total investors should embrace a separate chair. The International Energy Agency last week said that gas production needs to fall 55% by 2050 to keep global warming under control. Total’s own so-called “rupture” scenario, however, assumes demand rises. If Pouyanné is going to have to eat humble pie via a rethink, it’s more likely to happen if it’s served by an independent chairman rather than by the CEO himself. (By George Hay)

Equals nothing. Mashing companies together can bring benefits for shareholders of oil and gas outfits. But the $17 billion nil-premium, all-stock merger of equals agreed between Cabot Oil & Gas and Cimarex Energy is creating little but confusion.

Cabot is a gas producer in the U.S. Marcellus basin, while Cimarex is located in the Permian and produces more oil. The combined firm promises $100 million of annual cost cuts. But the market’s reaction, sending both companies’ stocks down about 7% in Monday morning trade, indicates investors don’t see the logic.

That’s despite the writing on the wall for the fossil-fuel industry. Even the International Energy Agency now reckons global demand for oil and gas will slump sharply by 2050. Consolidation and cost-cutting are ways to try to ride out a decline.

The indecisive merger-of-equals structure with the board, for example, split evenly between members from the two companies, may not be helping. But with U.S. oil and gas M&A in 2021 off to the least prolific start since 2011, excepting last year, it may be time for more radical deals. (By Robert Cyran)

Galaxy brain. Alpha Bank Chief Executive Vassilios Psaltis on Monday announced plans to raise 800 million euros of “growth capital” as part of his strategy to reach a 10% return on tangible equity (ROTE) by 2024. Investors nudged the lender’s shares up by one-tenth, reversing some of Friday’s losses, but they’re still sceptical. If Psaltis’s targets were achievable, Alpha’s market value in 2024 should roughly match its projected 6.7 billion euro tangible book value. In today’s money, using a 10% discount rate, that’s 5 billion euros. Yet the lender is worth less than a third of that sum.

One explanation is that Psaltis’s revenue targets look punchy. They assume that cash from the European Union recovery fund effectively doubles the growth in Greek business lending by 2024. Another reason for caution is that the biggest share of Alpha’s hoped-for ROTE uplift comes from a continued bad-debt cleanup. In other words, Psaltis’s “Project Tomorrow” plan has an eerie ring of yesterday. (By Liam Proud)

Range bound. JD.com’s logistics unit is set to price its Hong Kong initial public offering towards the lower end of its stated range, Reuters reported, citing sources. The company will raise $3.16 billion in the city’s second-biggest float this year after selling shares for HK$40.36 ($5.20) each, compared to the offered range between HK$39.36 and HK$43.36. Bids were reported to have more than covered the shares on sale, suggesting strong demand that shouldn’t have required parent JD.com to leave $235 million on the table. What happened?

Granted, rival delivery giant SF Holding is down 25% this year. But the stock’s 7% gain last week means it is unlikely to have softened pricing. More likely is JD Logistics’ first-quarter numbers released recently: a 64% year-on-year jump in sales was offset by a collapse in gross margins to 1%, from 9% in 2020. That served as a reminder the company is still an unpredictable, if fast-growing, earner. (By Jennifer Hughes)