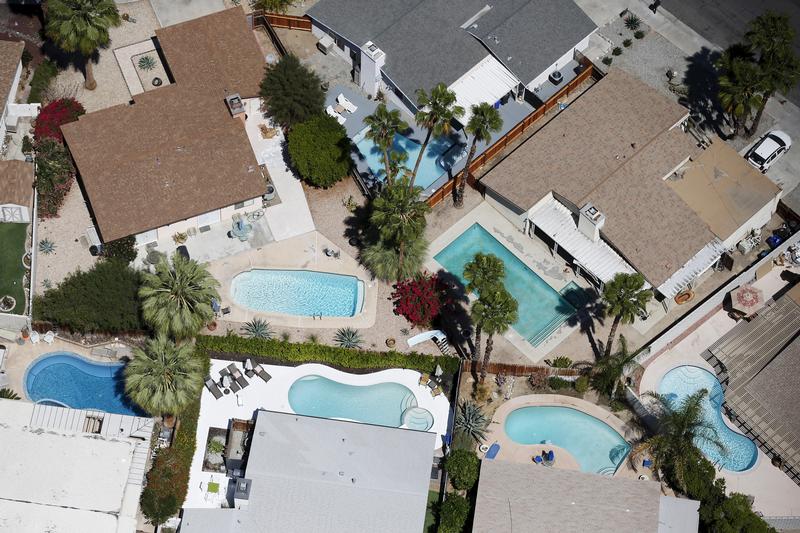 Over-insured. Chubb Chief Executive Evan Greenberg went back to rival Hartford Financial Services two more times after an initial unsolicited offer of $65 per share in March. Hartford said on Thursday it had rejected those offers too – at $67 and $70 a share – and suggested it is worth more.

Breakingviews reckons synergies from a merger might be worth around $7 billion. That means in theory they could justify a premium of about $20 per Hartford share. So far, Chubb’s best offer is about $15 above Hartford’s undisturbed value, nearly a 30% premium.

On that simple math, Chubb has room to go to around $75. The $74 billion company has said, however, that it will be disciplined and investors have sent its shares down around 5% since March. And some analysts peg Hartford’s worth at $80 per share or more. In a conservative industry, Greenberg is already out on a limb making an unsolicited bid. It might be a step too far to bridge the gap. (By Jennifer Saba)

Deep dive. As symbols of social fragmentation go, it’s hard to beat the backyard swimming pool. Pool Corp, a distributor, on Thursday reported record first-quarter sales of $1.1 billion, a third above what analysts polled by Refinitiv had expected. The $17 billion company’s shares have almost doubled since before the pandemic.

That such businesses are doing well in an era marked by time spent at home and fear of contagion is no surprise. Hayward, a U.S. maker of pool equipment, listed in March with a bubbly enterprise value of 5 times estimated sales. There’s pent-up demand too – Americans built 94,000 pools in 2020, well up on 2019 but still below the long-term average of 113,000 a year, according to data in Hayward’s initial public offering prospectus.

Private pools are booming partly because savings have piled up for the wealthy and home prices have risen, increasing overall inequality. Building a watery playground is a way to spend those gains, but also a way to keep the swimming masses at a distance. Pool Corp’s success is a thrill for investors, but a troubling sign of the post-pandemic zeitgeist. (By John Foley)

Glass half full. Hot IPO candidates giving the UK a wide berth may want to look again. On Thursday Canadian chip designer Alphawave IP announced that it would seek to raise some $500 million on the London market at a potential equity value of $4.5 billion, while relocating its main research arm across the pond to Cambridge. A price equivalent to 101 times trailing annual revenue might look toppy. But it provides a piquant riposte to companies such as online auto retailer Cazoo, which decamped to the United States via a blank-cheque merger, and self-serving investment bankers carping that last month’s IPO flop Deliveroo would deter techies from the UK bourse.

It’s not all good news for the jittery IPO market. In an oblique statement on Thursday, Swedish e-payments outfit Trustly said that financial regulators required it to perform more due diligence checks “on some consumers”. That could potentially put a spanner in a mooted $11 billion IPO. Given the volatile performance of recent European listings, it may be no bad thing. (By Christopher Thompson)

Here’s an example: a $300 million private equity fund planned by Tikehau Capital, in partnership with fellow French group Total. Tikehau already raised over 1 billion euros in Europe to invest in small groups undertaking unshowy stuff like improving building insulation. According to a person familiar with the situation, it now wants to do the same in North America. It’s not quite Tesla. But with buildings contributing 38% of all energy-related carbon dioxide emissions, the attention of Wall Streeters could make a tangible difference. (By George Hay)

Destination in view. American Airlines might have made the best out of a bad situation. The Texas-based air carrier said on Thursday its net loss declined to $1.3 billion in the first quarter this year, compared to $2.2 billion in the same quarter last year. That’s despite the fact that revenue was off more than 53%. In other words, American is loss-making, but leaner.

It suggests the company used the last year to right-size costs. That’s important with a slow rebound in view. While the company, led by Chief Executive Doug Parker, is optimistic that corporate travel will return at the beginning of summer, it expects second-quarter revenue to be down 40% compared with the same period in 2019.

American will need revenue to come back – and it can’t wander back into being a bloated airline. But costs, now, are more in line with the future. At $39 billion, its enterprise value is more than it was pre-pandemic. With a leaner structure, it’s possible that even as a smaller company, American is more valuable for its recent tribulations. (By Lauren Silva Laughlin)

Belt and whip. Australia’s Foreign Minister Marise Payne formally cancelled two deals struck by the state of Victoria with Beijing on President Xi Jinping’s Belt and Road infrastructure programme, calling them and two other agreements “inconsistent with Australia’s foreign policy or adverse to our foreign relations”. The Chinese government has warned of further damage to already frigid ties.

Canberra seems okay with that. In fact the economy has largely shrugged off Chinese pressure so far. Agriculture and wine have been rattled by tariffs, but other overseas markets have taken up the slack. The crucial iron ore trade has been left alone. That has left Prime Minister Scott Morrison free to focus on ameliorating the economic effect of the pandemic – which he has done. Business confidence has rebounded, unemployment has fallen to 5.6%, and the S&P/ASX 200 index is up 7% this year. If Beijing’s goal was to make an example out of Australia, it has instead illustrated the limits of retaliation. (By Pete Sweeney)

While some rivals struggled with liquidity, Hermès is piling up financial reserves. Its net cash grew by more than 300 million euros last year to reach 4.7 billion euros, and is set to expand further in 2021. Shareholders will clamour for extra dividends or buybacks. But Hermès could equally easily pick up a pandemic-hit competitor, like 2.7 billion euro Hugo Boss or 3 billion euro Salvatore Ferragamo. So far, the 110 billion euro luxury heavyweight has shown no inclination to follow rivals Kering and LVMH by building a conglomerate. Now could be the time to change its approach. (By Lisa Jucca)

Stateside squeeze. U.S. consumers are feeling the pinch. Food giant Nestlé on Thursday said organic sales grew 7.7% in the first quarter year-on-year, beating expectations. But in the Americas, a third of the 7.2% increase came from higher prices – more than the rest of the world – as the Swiss company passed on the rising cost of agricultural commodities, packaging and transportation.

There are signs that consumer giants think U.S. consumers are more willing to take the hit. Procter & Gamble this week said it would raise the price of baby care, feminine care and adult incontinence products in the United States by mid-to-high single digit percentages. Tissue maker Kimberly-Clark announced similar price rises for its North American consumer business in March. Stateside consumers may be more resilient, but as rising costs are a worldwide phenomenon, shoppers in other regions may soon face a similar squeeze. (By Dasha Afanasieva)

Bad timing. Futu’s shares slumped 23% this week on news it planned a share sale worth 8% of its enlarged capital. The U.S.-listed Chinese online broker raised $1.2 billion after market on Tuesday at a 5% discount to its post-slump close. That’s nearly $400 million short of the total, had it been able to apply the same concession to its Monday price. Shares slipped a further 2.6% on Wednesday.

Chinese firms’ secondary sales in New York on average have priced at a 10% discount and returned 5.5% in the first week of trade, per Sumeet Singh writing on Smartkarma. Futu’s last public transaction in August raised $300 million but it took two months before the shares traded consistently over the offer price. Its stock is still up 1,200% in the past year as its revenues trebled and profits rose eight-fold. Prospects are bright but hasty fundraising can quickly tarnish performance. Watch how it trades from here. (By Jennifer Hughes)