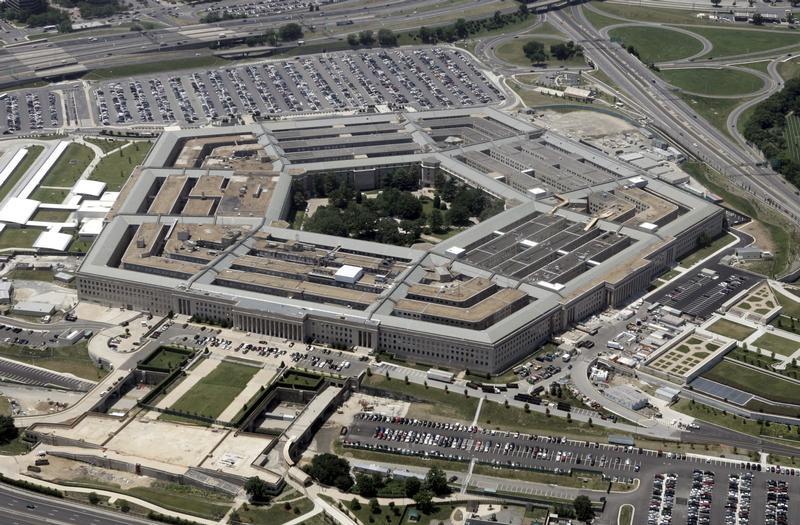 The last of JEDI. The U.S. government’s $10 billion JEDI cloud-computing contract is no more. The Department of Defense said on Tuesday it’s pulling the Joint Enterprise Defense Infrastructure project, awarded to Microsoft under then-President Donald Trump. In its place comes a new, multi-vendor effort. For such a big and delicate project, having several suppliers sounds sensible.

The amount in question was small for the $2 trillion Microsoft – and for Amazon.com, which sued over how it was handled. But JEDI’s short life holds lessons for other complex government projects, of which America’s future may hold many. President Joe Biden is wrestling with Congress to pass an infrastructure plan that could end up anywhere between $900 billion and $6 trillion, depending on whether conservatives or progressives get their way.

JEDI’s demise is a reminder that plans, desires and technology change. The department pointed to “evolving requirements” and “industry advances” to explain its change of heart. Even building roads and bridges is far from predictable, though. Costs run over; permits can take years; what’s technically possible changes. When politicians haggle, it’s worth remembering that big numbers often bear little relation to the final product. (By John Foley)

Leaning in. Toyota Motor’s lean supply chain is a business school staple. Its first half 2021 performance shows that sometimes a little strategically deployed fat can be helpful too. Toyota sold slightly more vehicles in North America than rival General Motors in the last quarter. A semiconductor stockpile kept its factories humming, in contrast to most rivals.

Overheated demand, partly down to the U.S. emergence from Covid-19, makes it a particularly painful time to have production shortfalls. America was on course to set a record for vehicles sold and average transaction prices in June according to J.D. Power. A lack of supply makes customers more keen to buy what cars there are, without discounts. Toyota, not hamstrung by a chip shortage unlike rivals, captured more of this red-hot market.

The Japanese firm’s fat stores may already be running low. It required its suppliers to carry more semiconductors after a 2011 earthquake showed chips are vulnerable to hiccups. But in February, it said chip stockpiles could last four months. That suggests leaner days are again around the corner. (By Robert Cyran)

Telling a story. Teneo, the public relations firm, found itself on the wrong side of the stories last week after boss Declan Kelly resigned abruptly following allegations of inappropriate drunken behavior. Appointing Ursula Burns, a former client and present adviser, as chairwoman shows the value of being able to call in your own rare expertise.

The firm appointed co-founder and chief operating officer Paul Keary as chief executive officer on June 29, the same day it announced Kelly was leaving. That gave it prompt continuity. But Burns, one of the few women and African-Americans who has been an S&P 500 boss, brings more. The former boss of Xerox understands technology and is well-connected, with board memberships at giant firms from American Express to Uber Technologies. That might help land clients that want to do more than just pay lip service to doing the right thing. (By Robert Cyran)

Spicier. Ali Group’s growing appetite for U.S. pizza ovens may cause indigestion. The unlisted Italian owner of Carpigiani gelato machines has raised its cash offer for cooking-equipment maker Welbilt to $24 a share. The $3.4 billion price tag is a 4% premium to an already rich cash approach made in May. Based on an implied enterprise value of $4.6 billion, the original offer would have generated a 6% return on investment, unlikely to cover the target’s cost of capital, Breakingviews calculations show.

U.S. rival Middleby must now decide whether to add extra toppings to its own all-share offer, currently worth nearly $3.1 billion. Chunkier projected savings explain the move by Ali, which boasts McDonald’s and Starbucks as clients. Market pressure may also have played a part. Welbilt shares have traded above $23 since Ali unveiled its intentions. For Middleby, the race to secure control of the kitchen just became spicier. (By Lisa Jucca)

Farewell, faxes. Hong Kong’s stock exchange is reducing the gap between pricing and trading initial public offerings in an upgrade that will also ease pressure on the local currency during hot deals plus eliminate fax machines from the process. Deals will price and begin trading two days later, down from the current five.

While the new online system stops short of allowing trading the next day as New York does, it’s a welcome reduction in the risk involved in the typical seven-day limbo – once weekends are factored in – involved now. The changes also reduce the amount of Hong Kong dollars brokers need to hold to cover their clients’ IPO bids. The hottest deals often require monetary intervention to maintain the currency’s peg, so that’s smart too. Grumblers? Brokers who will profit less from shorter margin loans to would-be IPO investors. Such is the price of progress, and this one is worth paying. (By Jennifer Hughes)

Koch-a-hoop. Hexagon is wisely hedging its bets. On Tuesday the $37 billion Swedish manufacturing software company announced it would purchase a subsidiary of U.S.-based Koch Industries for $2.75 billion. That will bulk out Hexagon’s capacity to monitor infrastructure projects like roads and electricity grids, but at a cost: the purchase comes in at 37 times estimated 2021 operating profit. Chief Executive Ola Rollen’s fine words about enabling “autonomous, connected ecosystems” includes the potential for cross-selling to raise $100 million in revenue, just over half the unit’s estimated 2021 top line, but not until 2026.

Still, Rollen has limited any financial downside and kept the door open to more M&A. Only $800 million will be in cash – raising Hexagon’s net debt to a still modest 1.75 times EBITDA. Paying the rest in Rollen’s richly valued stock makes sense: including debt Hexagon is valued at 22 times estimated 2021 EBITDA, according to Refinitiv data, a premium to German rival SAP. In exchange, the Koch family-owned company will get a 4.9% stake in Hexagon. That’s a modest price to pay for prudence. (By Christopher Thompson)

Off the rails. Alstom’s cut-price purchase of Bombardier is revealing some nasty hidden costs. The French train maker’s shares dropped 7% on Tuesday after it forecast up to 1.9 billion euros in free cash outflows during the six months to the end of September as it tries to stabilise “challenging legacy projects” at the Canadian manufacturer. The unusually frank language hints at the gremlins beneath Bombardier’s bonnet. It doesn’t explain why Alstom Chief Executive Henri Poupart-Lafarge failed to secure an even bigger discount on the 5.5 billion euro purchase price.

Analysts had already pencilled in a 410 million euro cash flow hit for the 2021 financial year. To achieve that forecast, the combined group will now need to generate an unlikely 1.5 billion euros of positive cash flow in the second half. That’s almost double the estimate for the whole of 2024, when Bombardier’s wrinkles should be ironed out. For shareholders, Poupart-Lafarge’s global ambitions are proving expensive. (By Ed Cropley)

(The Hexagon item has been corrected to change “Koch brothers-owned” to “Koch family-owned” in paragraph two.)

An aerial view of the Pentagon building in Washington, June 15, 2005.