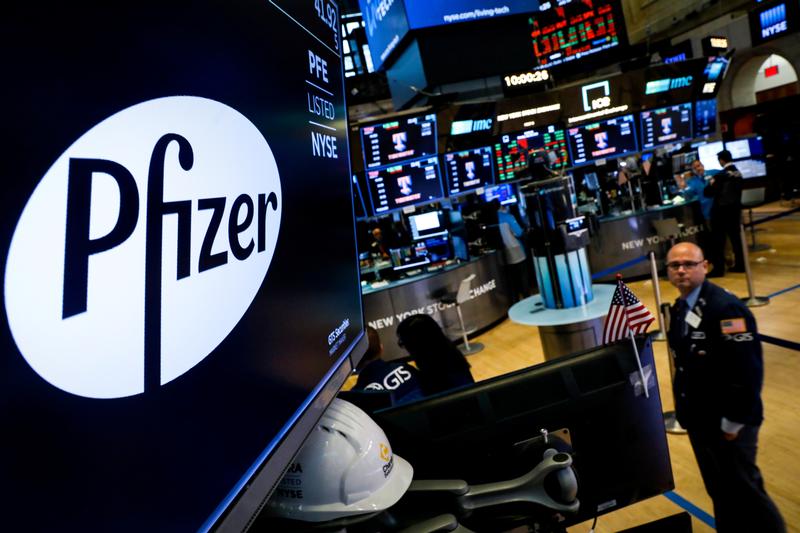 Follow up. Pfizer is taking its Covid-19 vaccine cash bounty and putting it to use. The U.S. drugmaker, valued at $273 billion at Friday’s market close, on Monday agreed to buy Trillium Therapeutics for $2.3 billion. At $18.50 per share, the price represents a more than 200% premium to Trillium’s stock price on Friday. That may seem lofty, even by the biotechnology sector’s standards, but Pfizer had already bought a $25 million stake last year and, as of Friday, Trillium’s stock was down nearly 60% so far in 2021.

It’s also part of Pfizer’s broader strategy to develop its portfolio, even though the present is dominated by the coronavirus: The United States on Monday gave its full official approval to the vaccine co-developed with BioNTech to be marketed as Comirnaty. Trillium develops treatments for blood cancers like leukemia, which represent about 6% of all cancer cases worldwide last year. Even if the virus is more tenacious than expected, Pfizer has its eye on the future. (By Jennifer Saba)

Flashing light. Uber Technologies’ effort to avoid treating drivers as employees has hit a pothole. A California Superior Court judge said on Friday that a measure affecting gig-economy workers approved by the state’s voters is unconstitutional because it limits the power of California’s legislature.

Nearly 60% of Golden State voters last year approved Proposition 22, which exempted certain companies from having to recognize drivers as full-on employees provided they get some benefits like healthcare. That’s a middle way that allows Uber, smaller rival Lyft, food-delivery app DoorDash and grocery service Instacart to avoid higher costs. Similar initiatives are under way elsewhere, like in Massachusetts.

The new ruling puts that effort on a shakier footing. It will be appealed to higher courts and, for now, Prop 22 remains in effect. But President Joe Biden’s pro-labor administration presents another hurdle, while in May Uber for the first time recognized a trade union to represent drivers. Gig-economy employers may yet lose their cut-price ride. (By Gina Chon)

Battleships. Fincantieri is seeking to grow where it counts. The 1.2 billion euro Italian shipbuilder is talking to 3.9 billion euro defence group Leonardo about a possible acquisition of its OTO Melara unit, which makes naval guns, Reuters reported on Saturday. Expanding its capabilities beyond traditional shipbuilding might give Fincantieri greater negotiating power in defence contracts. After the impact of Covid-19 on building cruise ships, Chief Executive Giuseppe Bono needs all the help he can get.

Leonardo does not disclose OTO Melara’s figures. But defence analysts reckon its revenue could be around 500 million euros. If the unit traded on the 0.6 times sales multiple that both Fincantieri and Leonardo enjoy, and Bono was prepared to pay a 30% premium, his target would have an enterprise value of 390 million euros. Leonardo boss Alessandro Profumo’s naval segment is more marginal than the group’s flagship aerospace business. Yet past frictions between the two Italian players mean a deal may not be plain sailing. (By Lisa Jucca)

Tank half full. Ampol’s NZ$2 billion ($1.3 billion) plan to buy New Zealand rival Z Energy started with a sputter. Early last year, the Australian oil refiner and petrol-station operator, previously known as Caltex, was being wooed with an A$8.8 billion ($5.5 billion then) takeover bid from Alimentation Couche-Tard. When the pandemic broke out, the Canadian convenience store owner walked away. With Ampol shares now worth 22% less than that offer, its own acquisition attempt is hardly firing on all cylinders.

The talks disclosed on Monday, with large swathes of both countries in lockdown, sparked a 5% loss in market value, even though the NZ$150 million in working capital savings estimated by RBC analysts would more than cover the 35% premium. Trouble is that boss Matthew Halliday may have to sell Ampol’s existing Kiwi business to secure regulatory approval and issue some equity. It’s also offering 10 times estimated EBITDA for Z Energy compared with Ampol’s own 7 times. It’s easy to see why only one set of shareholders are pumped. (By Antony Currie)